Minus 2 and dry when driving in. I woke to find a hard frost.. welcome to early summer.. well not yet!

That last night gave me as much pleasure as if I had trained the winner.. Dandy Dan .. What a wonderful story.

DD had lost his way carrying big weights in competitive handicaps so I suggested a change, and by that I meant a season point to pointing to see if DD could reclaim his mojo.

It takes three to make decisions and Phil and Gill Andrews and I all agreed.. Then it was a question of who was to train.

The Bourne’s came into my life when they rang and asked if I had any horses for sale and I suggested that they came and saw Harde Fashion who was a horse I owned and could not sell as I had him here for too long. Dan Bourne agreed and the deal was done..Hence the connection was made and I suggested that they might like to train DD for pointing for Phil and Gill.. The rest as they say is history.

Last night was always going to be a dream. Phil returned from a long week in Ireland and Punchestown with family and friends and last night he and Stuart Ballantyne were there to watch DD.

Lauren was riding as she had in all the point to points but her license was the hard part as she only passed her final fitness test last week.. Time was short and a big thank you to the team at BHA who pushed through her license to come through with an hour to spare..

David Bass walked the course with Lauren and told her how to ride the course and the horse on the course. No team talk before the race as all had been done and now it was up to Lauren and Dandy Dan. We all watched..

Slightly missing the break she rode him on the outside to give DD a clear view of his fences.. DD was loving his race and David was pleased with how the race was going.. It was almost as if David had a line to Lauren as she rode as he told her to.. They jumped the last upsides and powered home by 6 lengths..

Great scenes as there was huge joy from all at Thorndale who were there to support. David was chuffed as was Mat, Clare and especially me as I have believed in Lauren as a rider for sometime and for all of us it was moment that meant so much. But not as much as for Phil Andrews.. A dream was realised.. 40 years of supporting Cheltenham and then your first winner.. what a moment.

Lauren returned to the winners enclosure to a huge applause from the crowd.. mostly made up of her family and many of our owners .. So good to see so many there to support as they too have seen Lauren on visits here and have seen her ride work and jump their horses..

A very special day for all and one that will not be forgotten.. It is the start of the long road for Lauren .. Now she has to prove the point and do it all over again.. many times I hope..

The Royal Box was the place to celebrate.. Well done Phil Andrews, you have been so supportive to this idea and without your support last night would not have happened.. Enjoy.

Finally a big thank you to James and Dan Bourne for all of their hard work training and looking after Dandy Dan..It was a huge moment for them too.. another first!

It was good to see Andrew Lay in the Royal Box.. A face from the past and he had a placed horse last night so he too was a happy man.

Saturday morning and back to work

David Bass was in to ride out.. we jumped a few on the all-weather and roughed more off as no significant rain around to suggest bumper horses should be waiting to run on watered ground.

Our final CD Tours Morning on the gallops of the season, we welcomed four guests James and Brendan Hopkins, Derek Southall and Ellie El Khamlichi.. 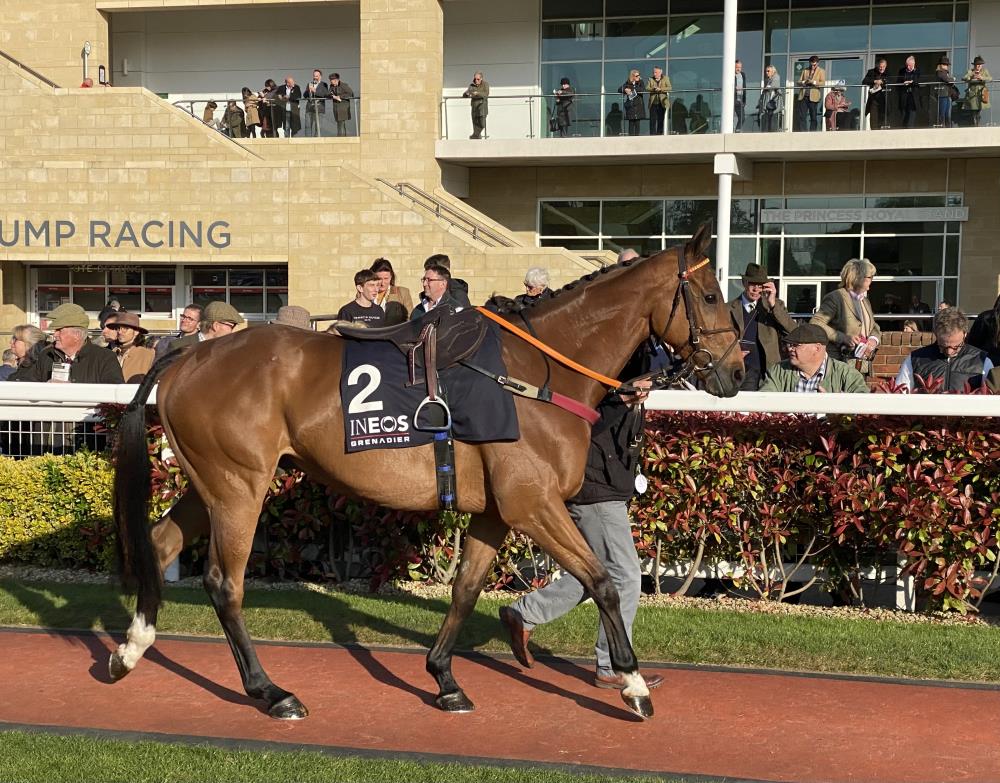 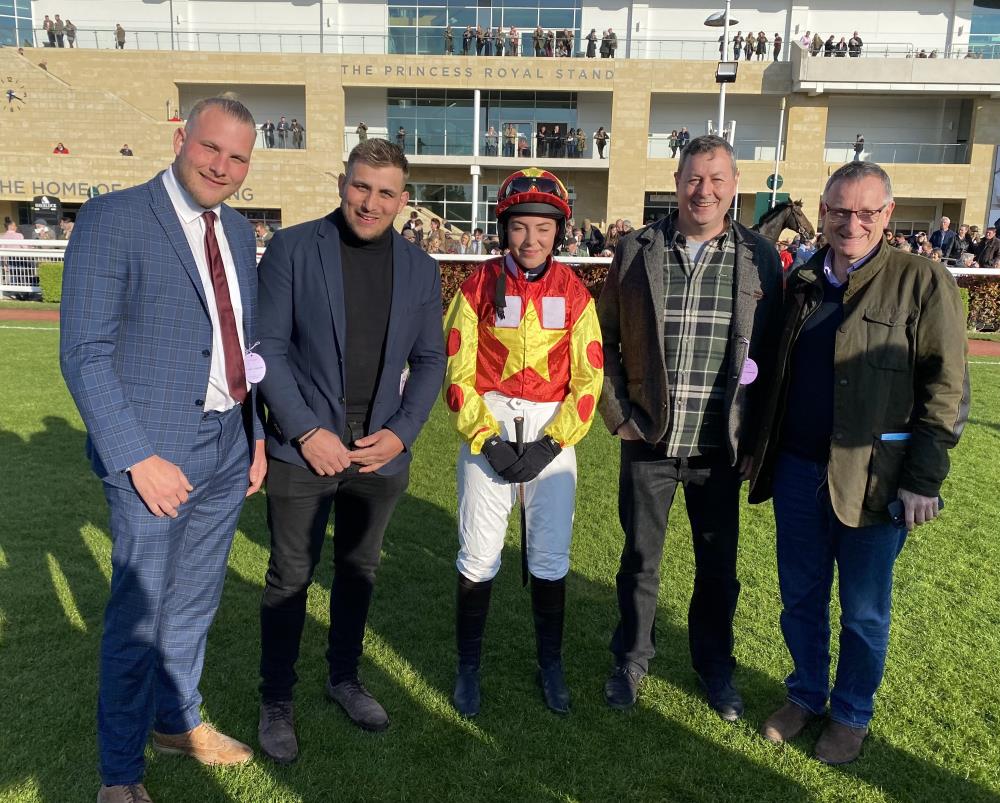 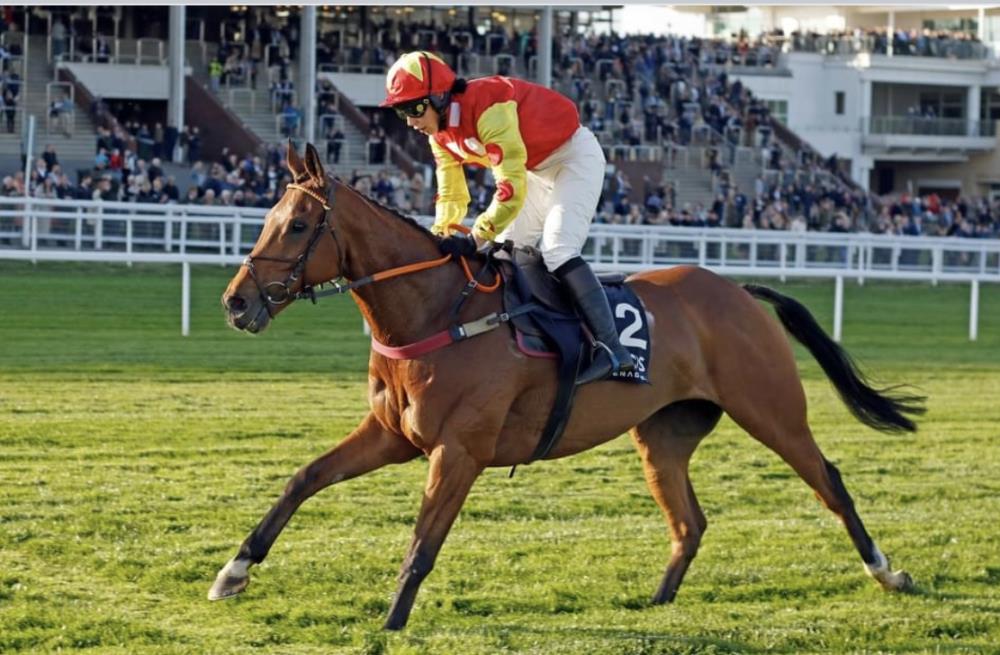 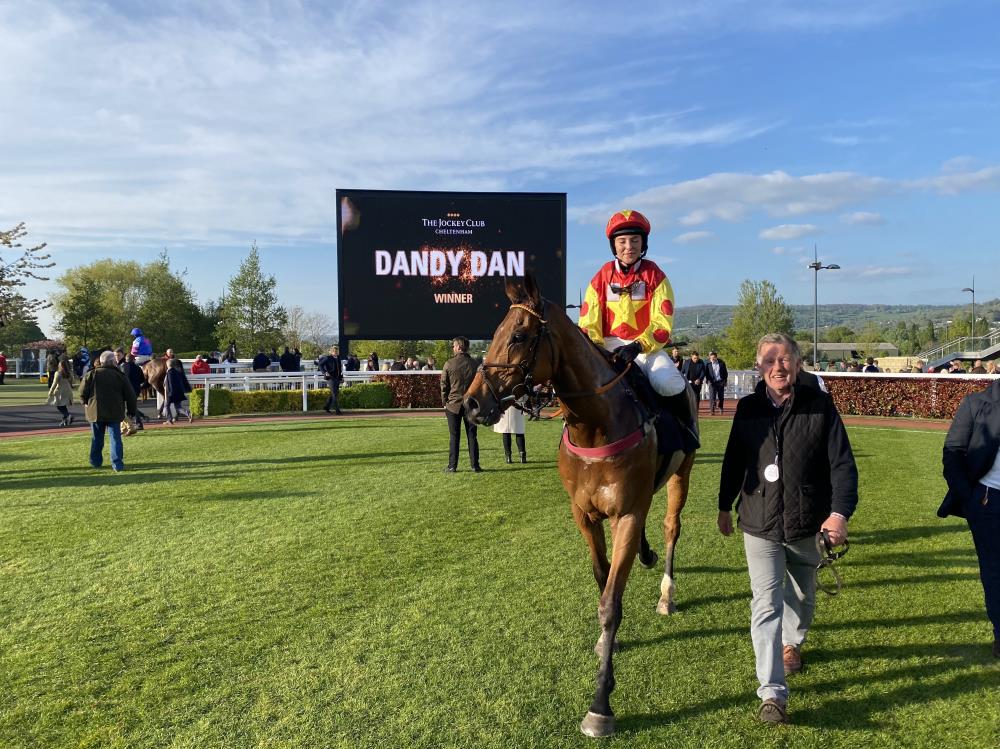 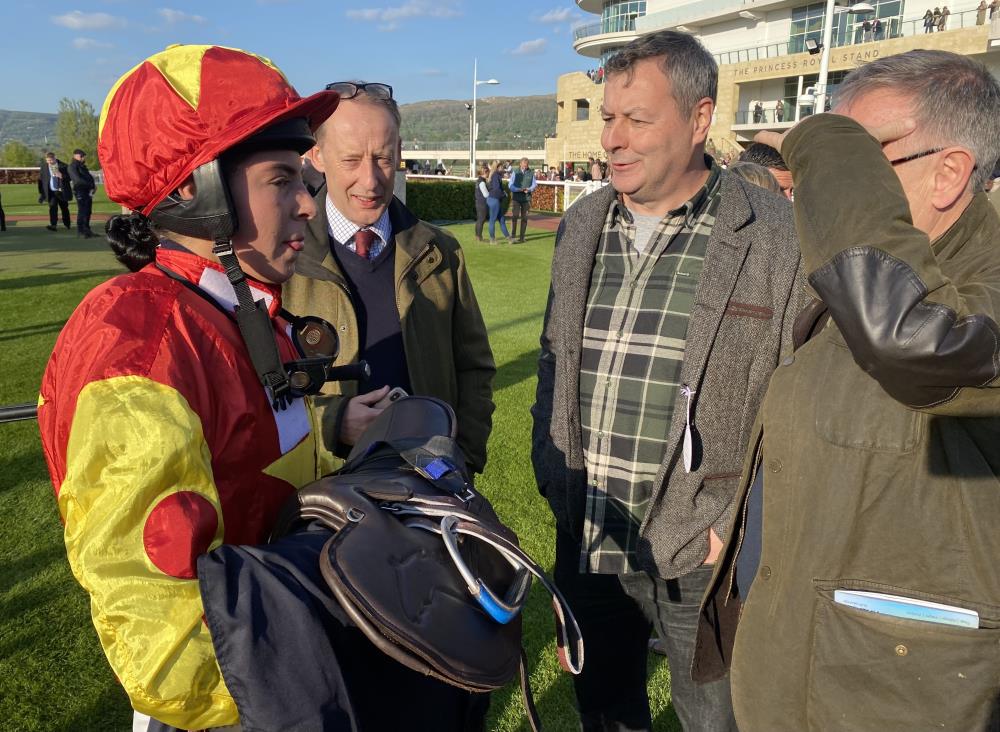 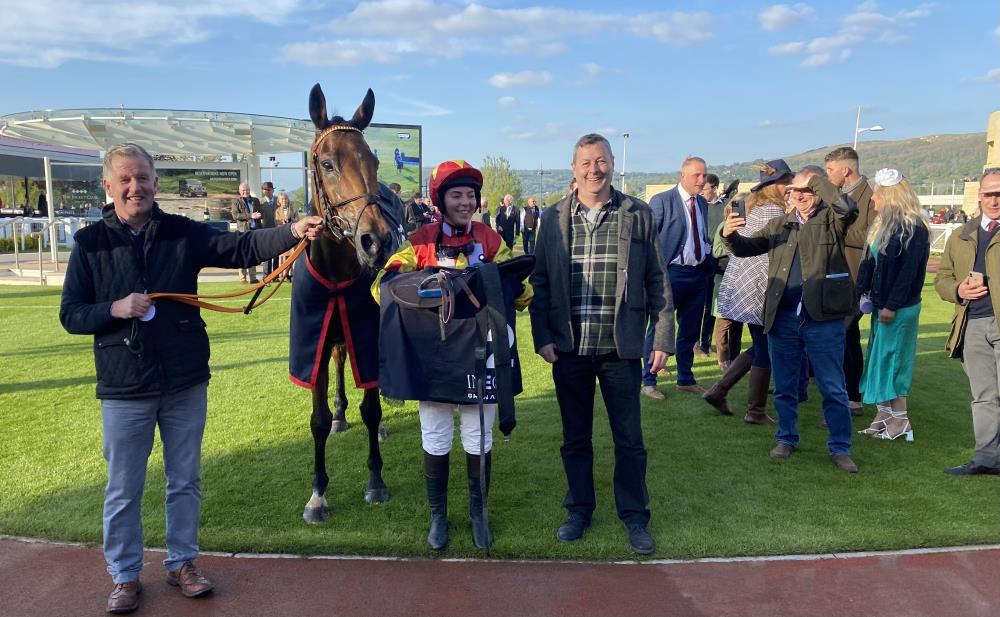 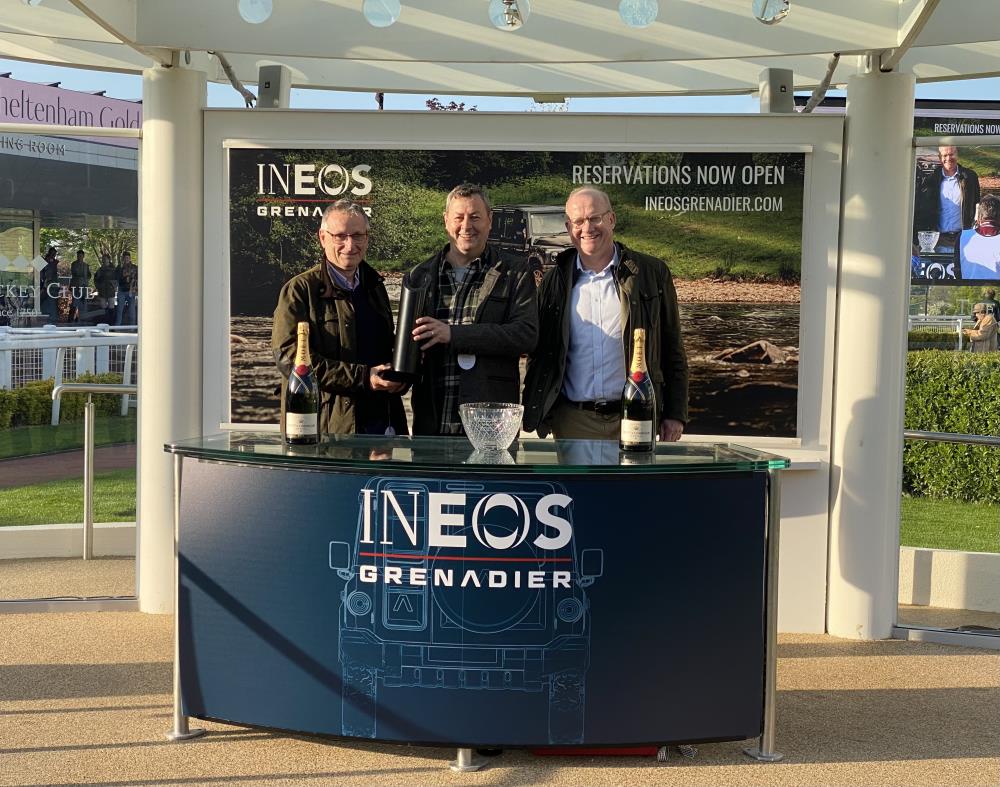 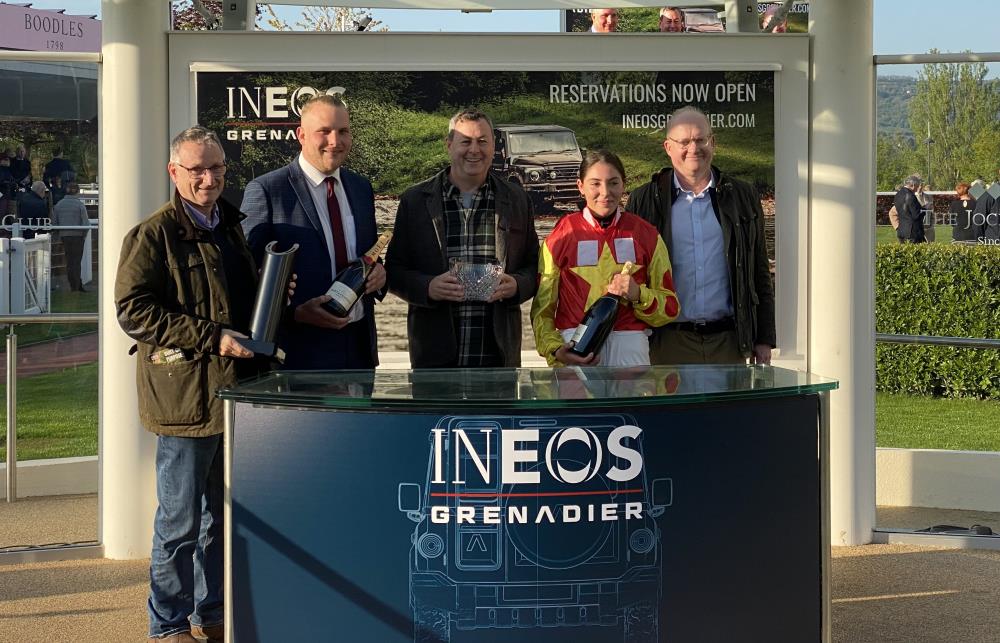 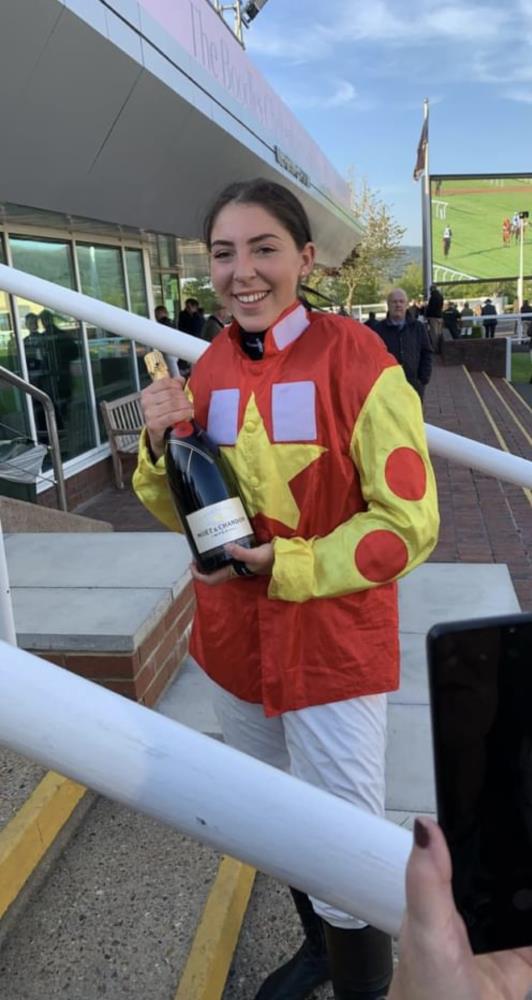 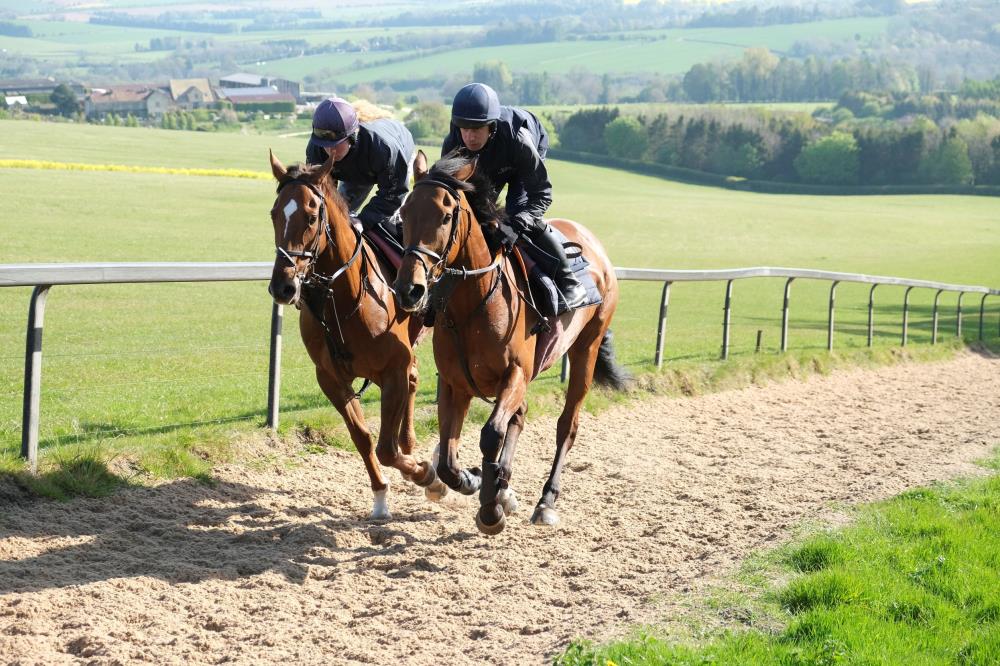 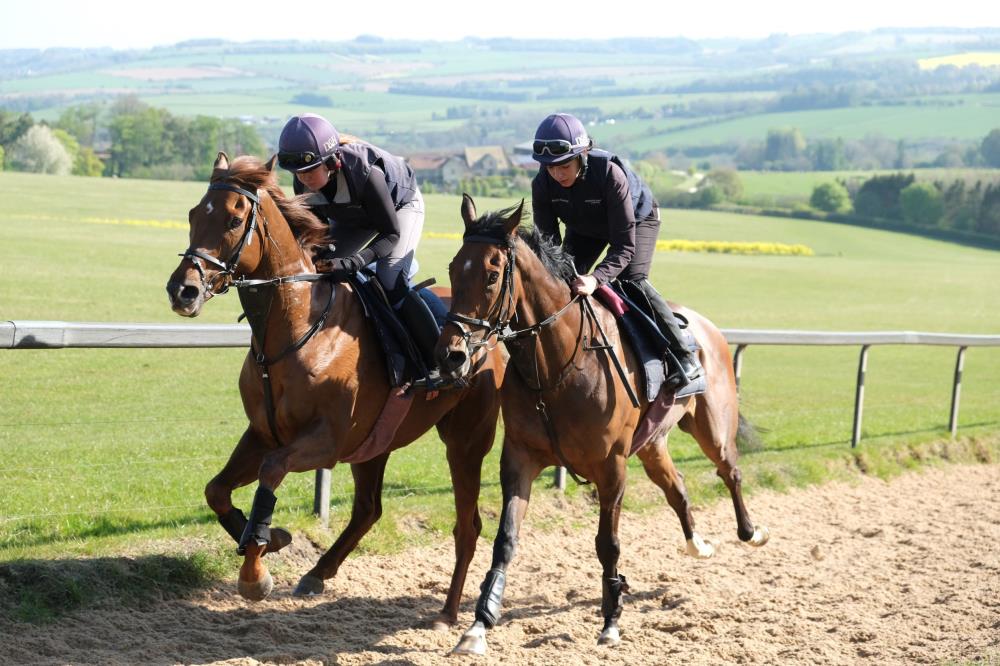 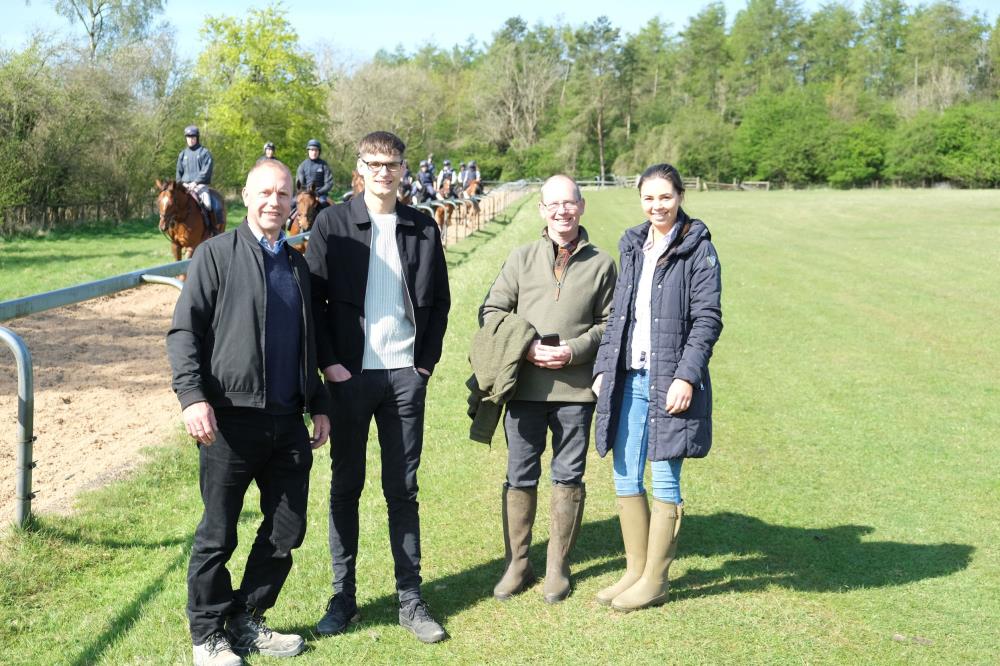 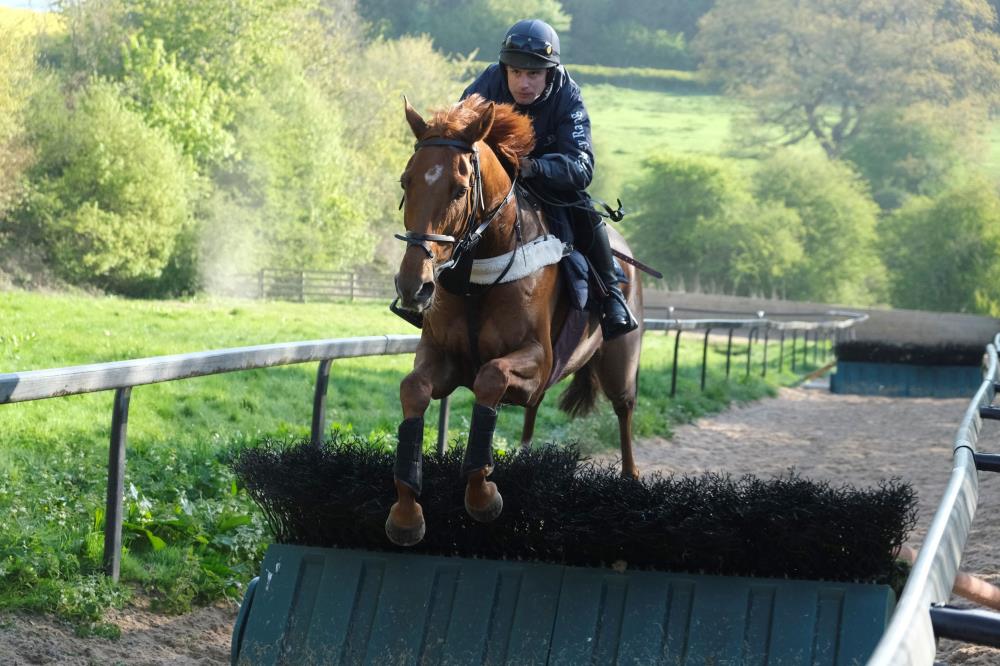 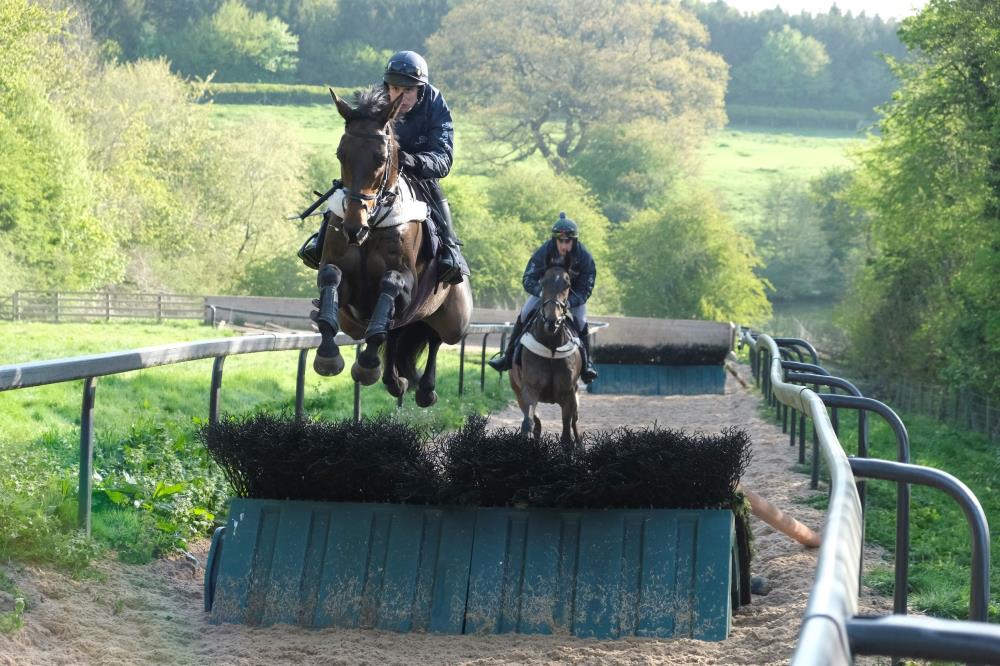 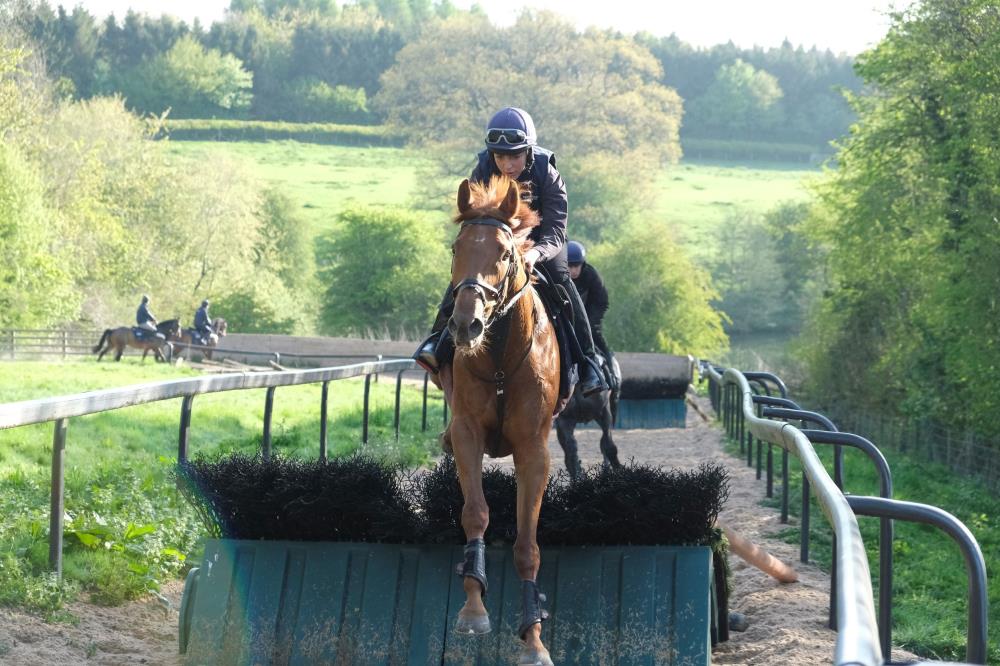 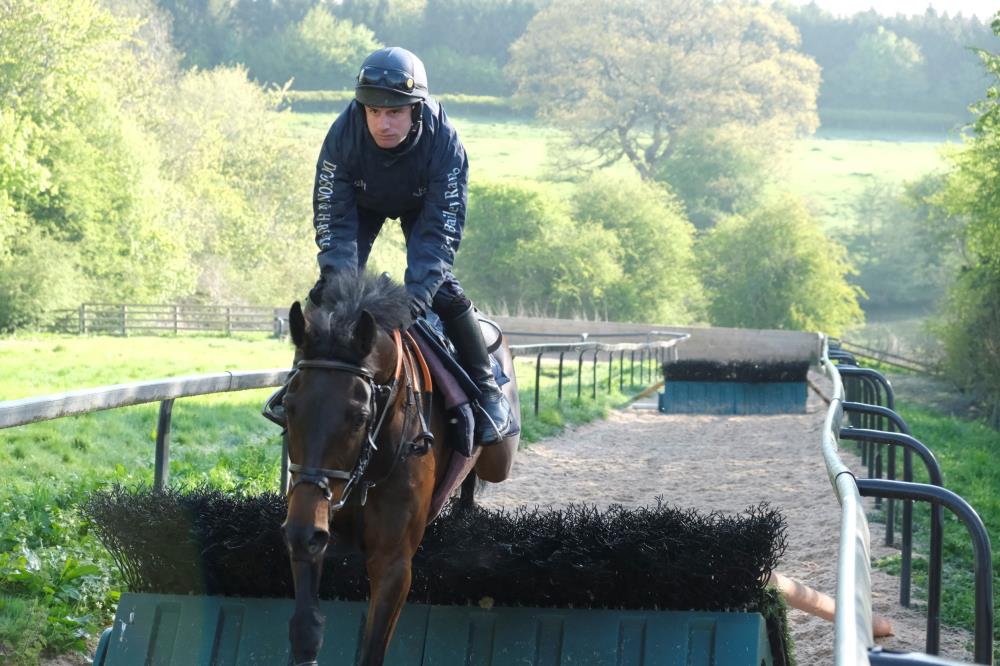 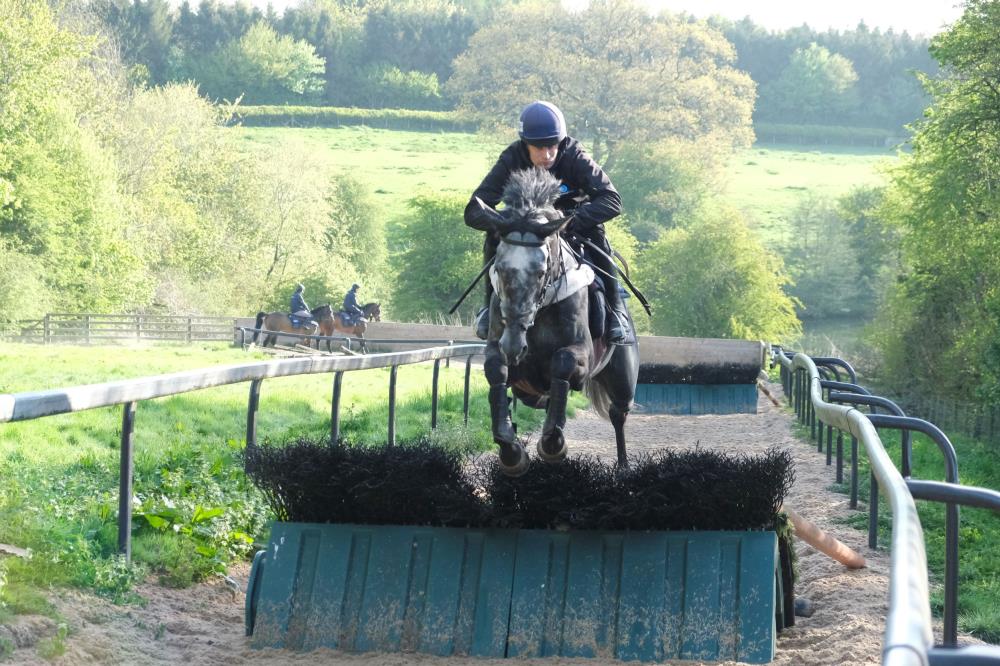 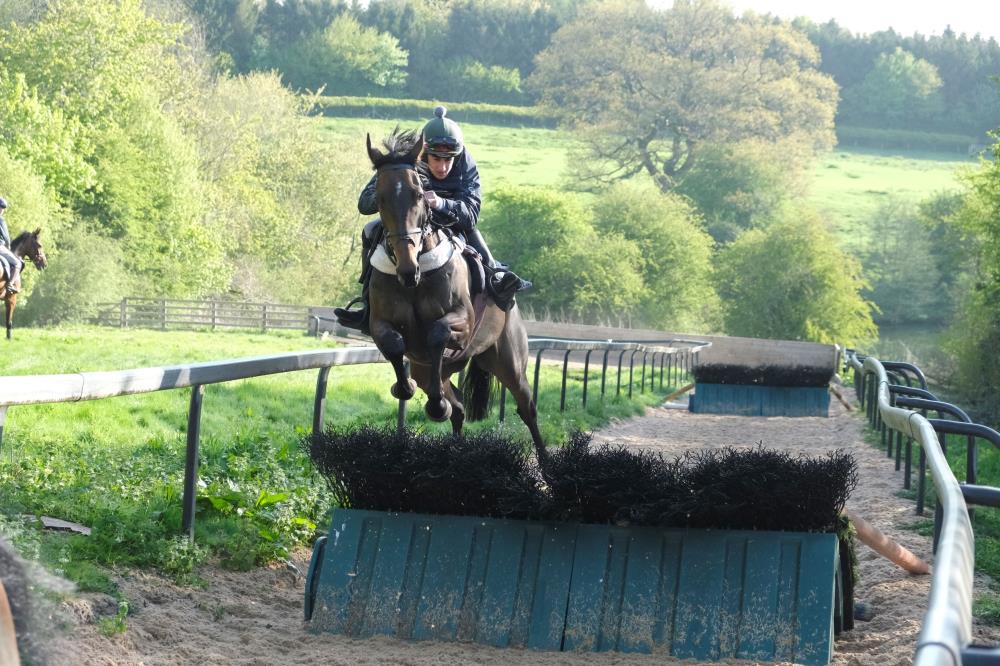 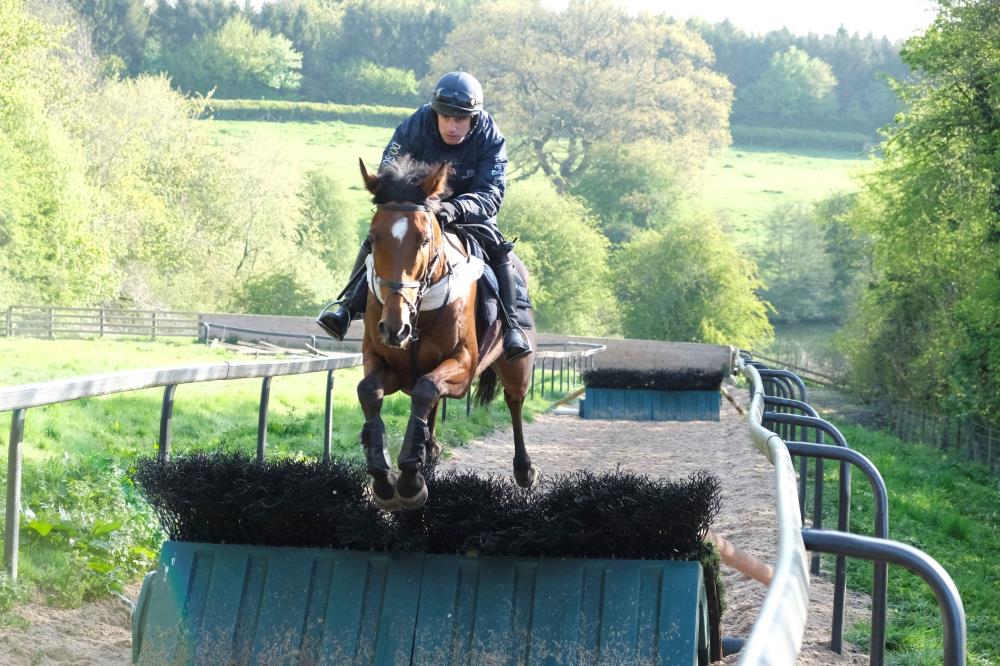 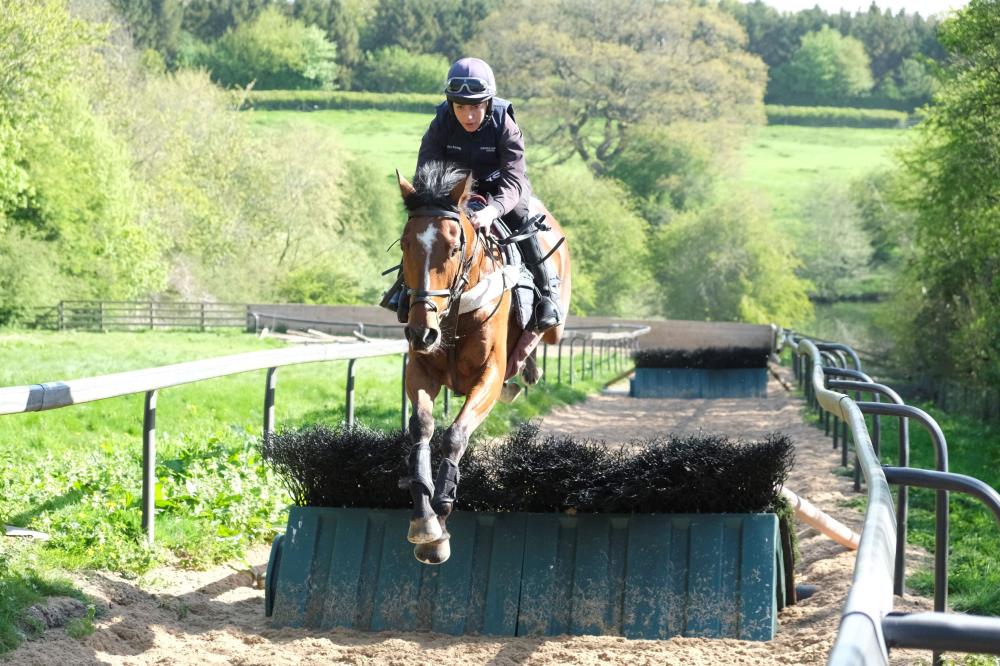 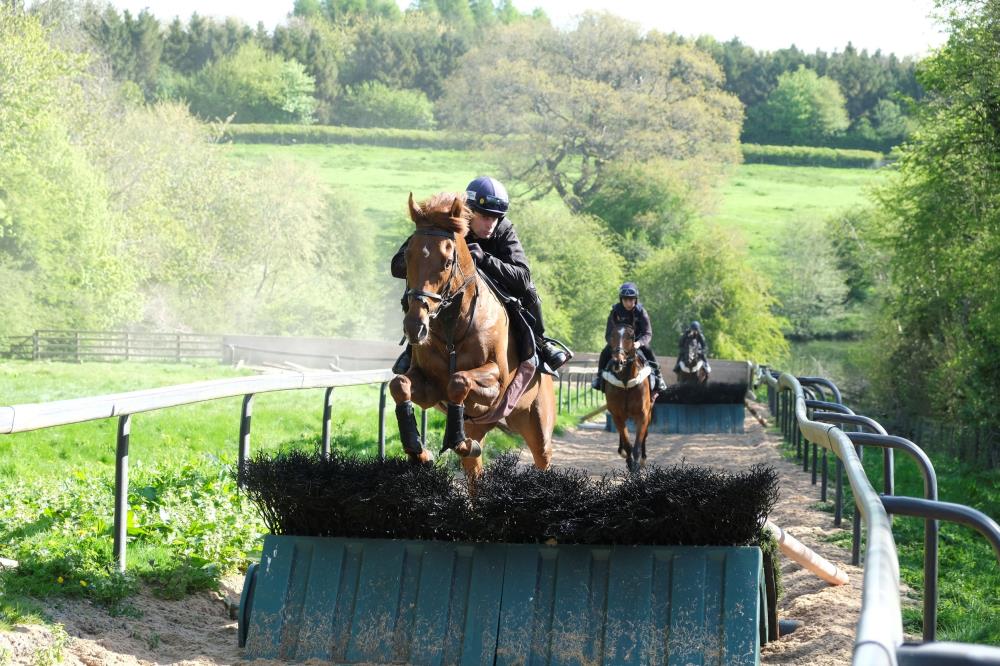 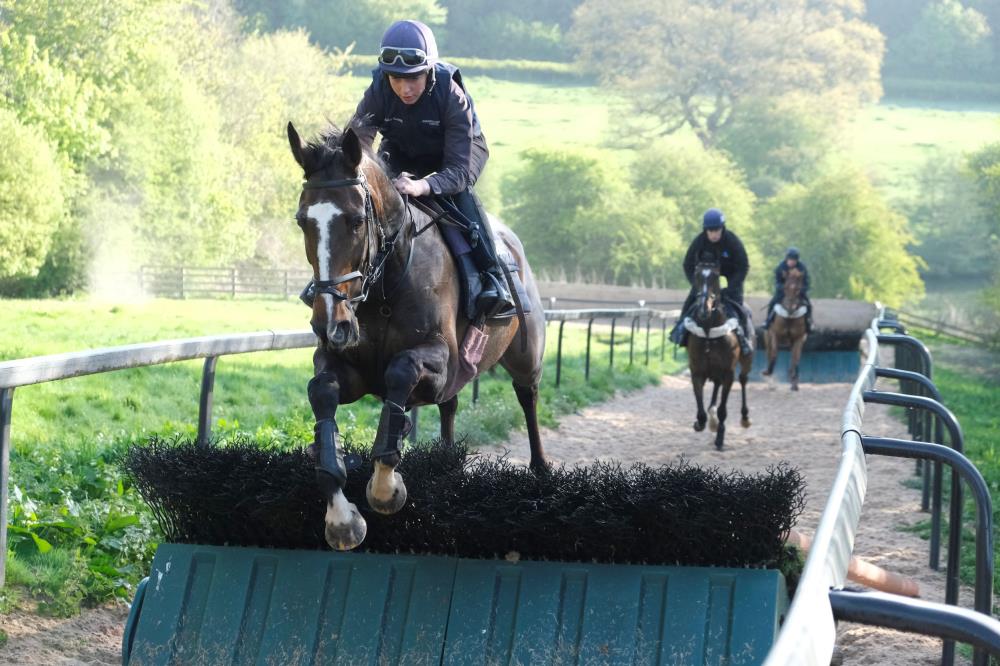 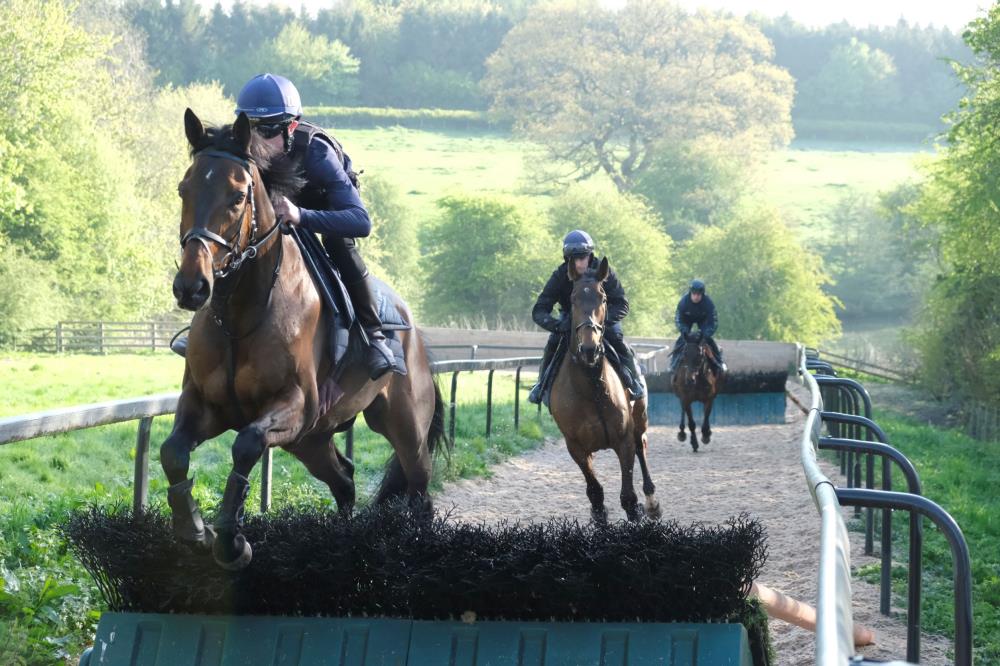 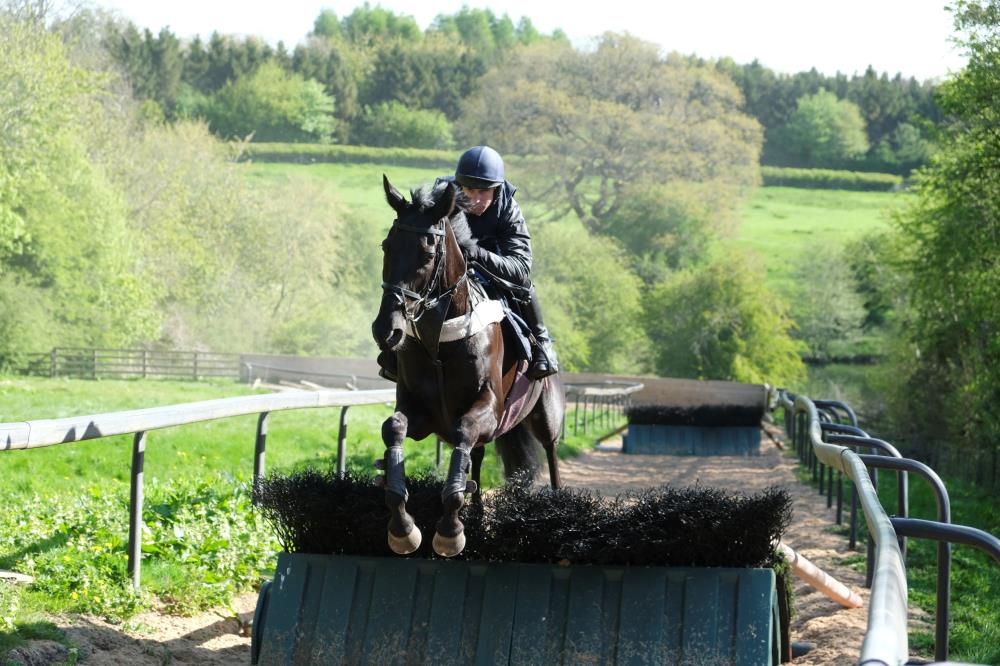 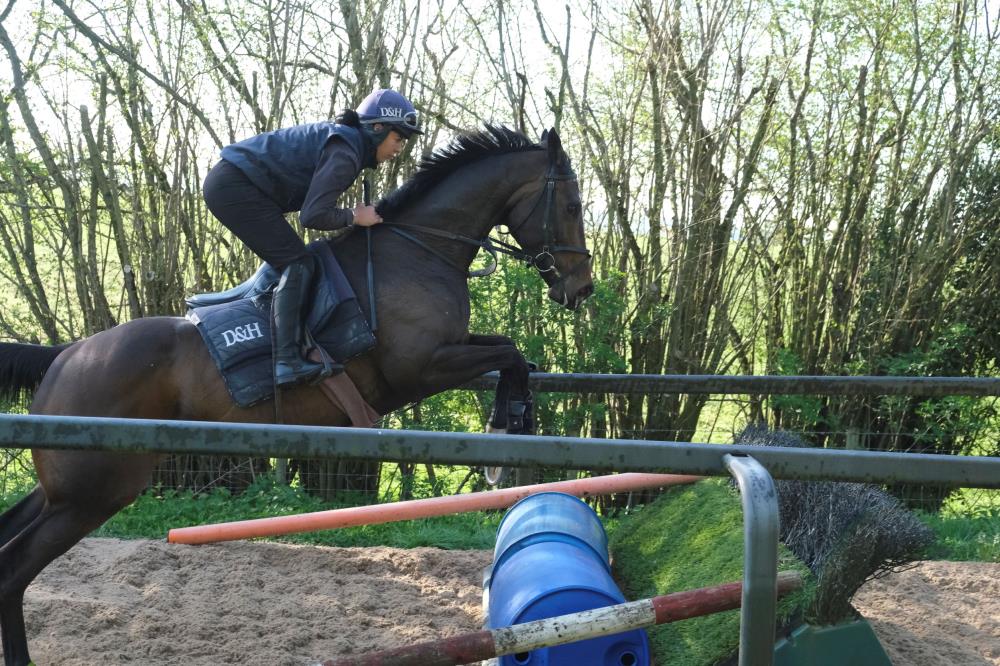 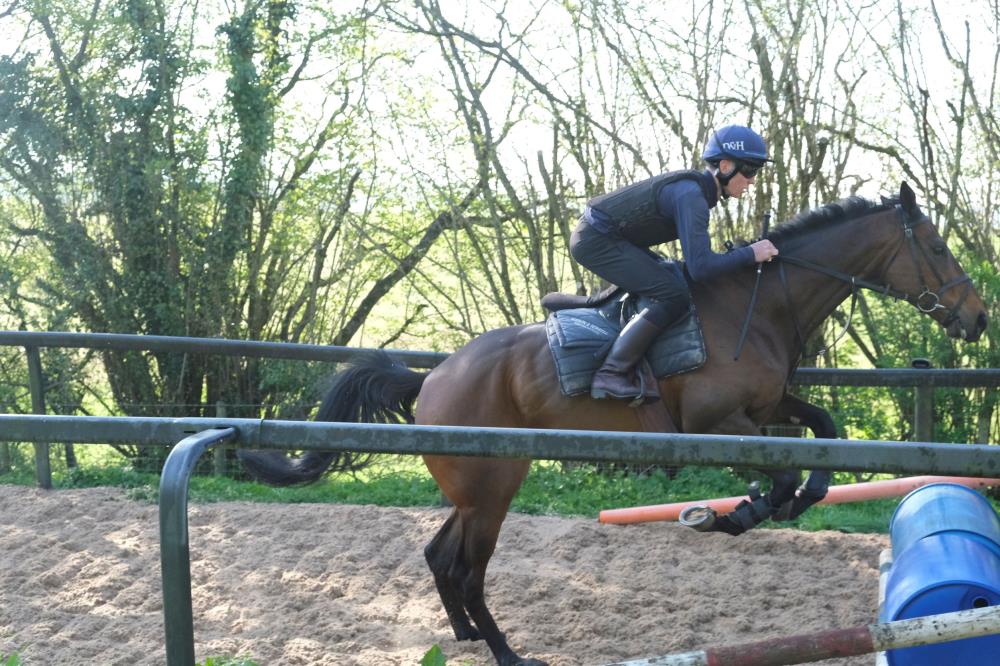 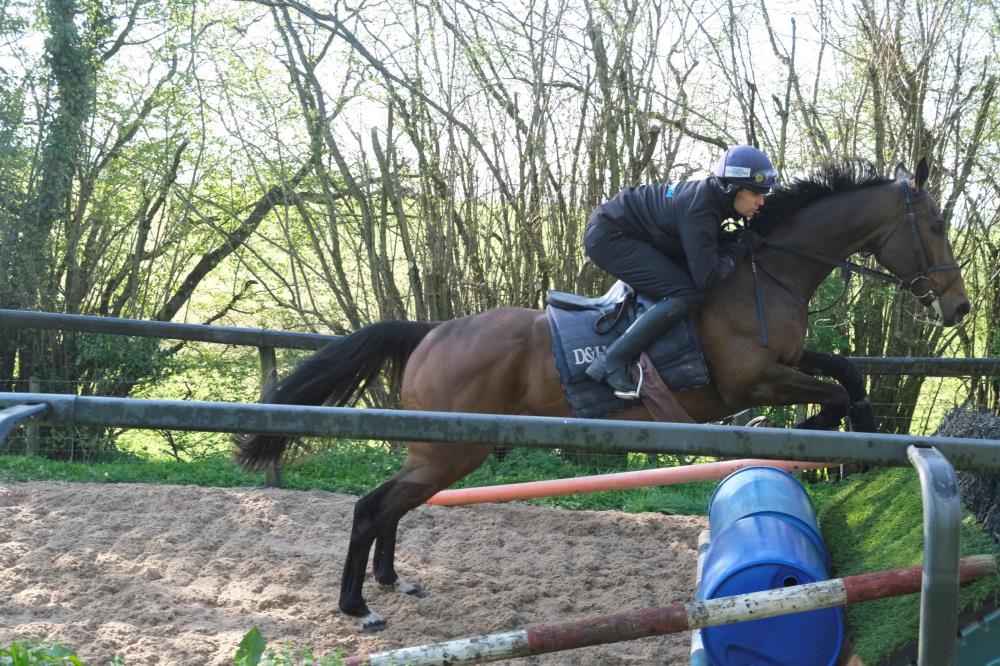 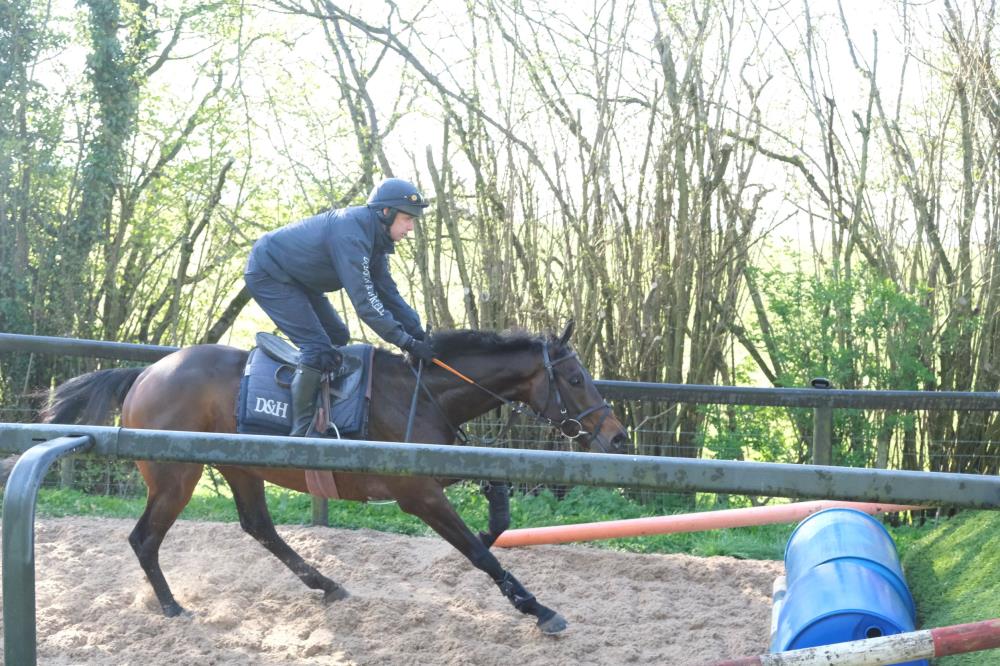 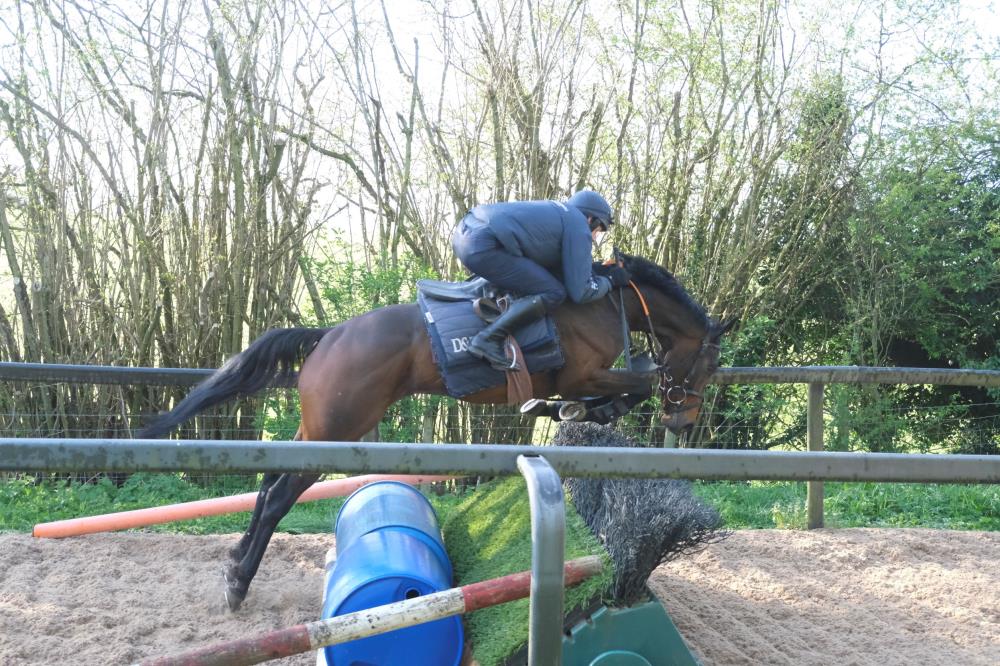