Plus 2 and raining when driving in. Yes rain and yes it is too in Melbourne where rain has stopped play.

With Leicester an early casualty yesterday it was a quick turn around to head to Catterick.

A long journey made easier by an enjoyable conversation with son Harry from down under where he is still working for Darren Weir..

Anyway Harry sounded like he has  been having fun and yes the obligatory Christmas Day turkey was cooked on the Barbie…Of course..

Arriving at Catterick with a hour to spare, watched the amazing Apple Jade get up on the line from Leopardstown and then meet up with Martin Kiely and his support team of sister Joan and Caroline O’Donoghue who had all flown over from Ireland to watch Martin's horse Lake Field run.

Odds on and four runners for the feature race of the day.. David Bass had Lake Field handy and when one horse fell and brought down the second favourite then we knew, bar a fall, we should win. That Lake Field did in style. Job done, journey for all worthwhile..LF seems fine this morning and could well be for sale...

I set sail for home fairly quickly after the celebrations, via the racecourse stables to see LF and Leigh before hitting the A1.

I grabbed a revolting beef bap from the stable lads canteen for the journey..something I certainly regretted as the taste of old meat was with me until I stopped to replace the taste with a red bull…..

Christmas cheer was not evident at Catterick for those hard working stable staff who help put the show on the road..How they could charge £2.20 for that revolting bap, lord only knows.. the cow that was between the bit of bread was certainly not alive in December... 2014?

I saw last week that George MacGrath was calling for all racecourse stable staff canteens to offer free food for stable staff and it is something I have been banging on for ages.. Market Rasen, Cheltenham, Ascot and many others do..Please racecourses do something about it...

On the way home I stopped off with David and Julie Martin to see Minella Warrior and old favourite Darna who is enjoying a happy retirement; we of course discussed Charbel’s next possible race .. A enjoyable stop over and it was good to see them all..

Home and then out to supper last night with Rory and Mini Musker.. Mini is a well know local and international artist.

The roads in this morning were frightening .. water on black ice.. a lethal combination. We have no runners today.

Gallery Exhibition returned to the yard and is now ready to go Hunter Chasing with Guy Disney on board.

Graham Potts our vet was in for his weekly visit..

The Dead Duck Story as sent over by Andrew Pease.

A woman brought a very limp duck into a veterinary surgeon.

As she laid her pet on the table, the vet pulled out his stethoscope and listened to  the bird's chest.
After a moment or two, the vet shook his head and sadly said, "I'm sorry, your duck, Cuddles, has passed away."

The distressed woman wailed, "Are you sure?"

"How can you be so sure?" she protested.. "I mean you haven't done any testing on him or anything. He might just be in a coma or something."

The vet rolled his eyes, turned around and left the room.
He returned a few minutes later with a black Labrador Retriever.

As the duck's owner looked on in amazement, the dog stood on his hind legs, put his front paws on the examination table and sniffed the duck from top to bottom. He then looked up at the vet with sad eyes and shook his head.

The vet patted the dog on the head and took it out of the room.

A few  minutes later he returned with a cat. The cat jumped on the table and also delicately sniffed the bird from head to foot.
The cat sat back on its haunches, shook its head, meowed softly and strolled out of the room.

The  vet looked at the woman and said, "I'm sorry, but as I said, this is most definitely, 100% certifiably, a dead duck."

The vet turned to his computer terminal, hit a few keys and produced a bill, which he handed to the woman..

To finish.. I feel sorry for young Liam Carter who works here.. He was due to have his first ride in a point to point at Chaddesley Corbett today but with possible horendous conditions he is going to have to wait until Larkhill in Januray..

Did I mantion the fact our vet was in the yard this morning? 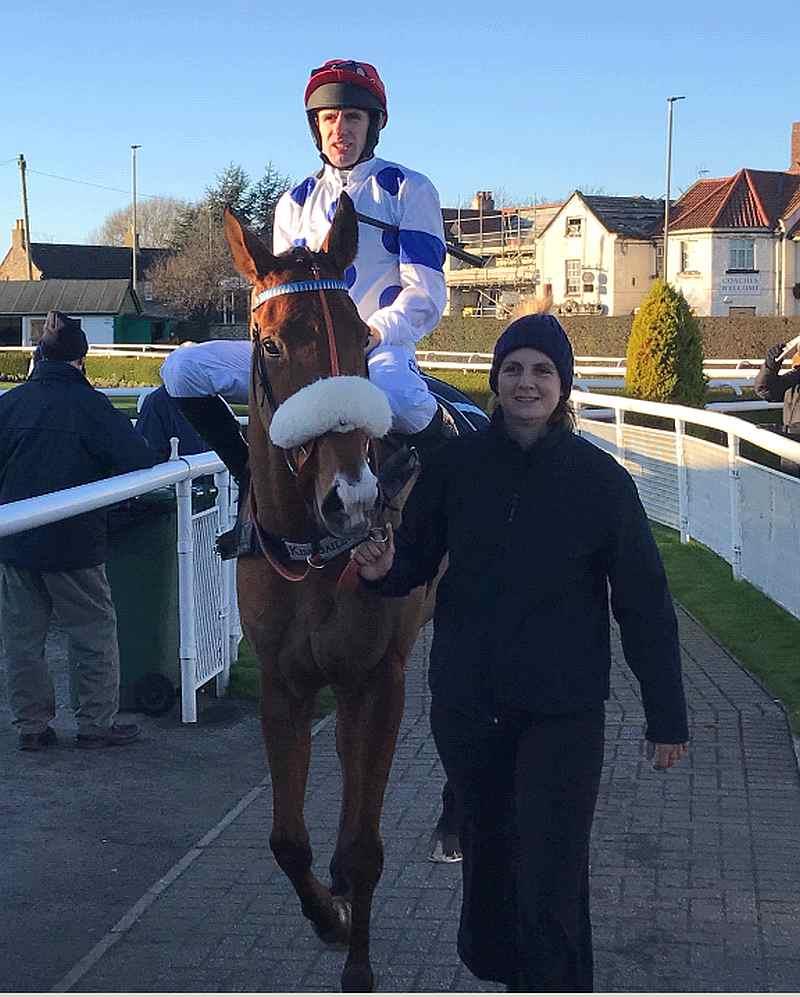 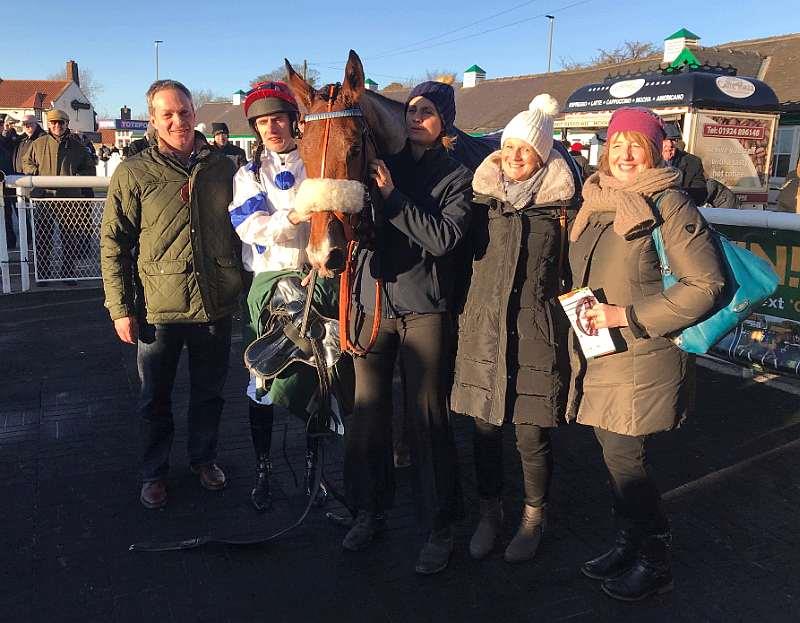 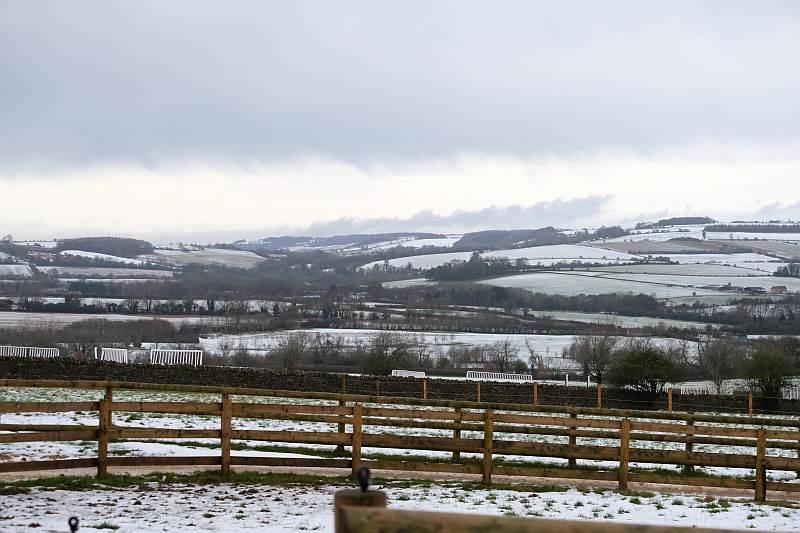 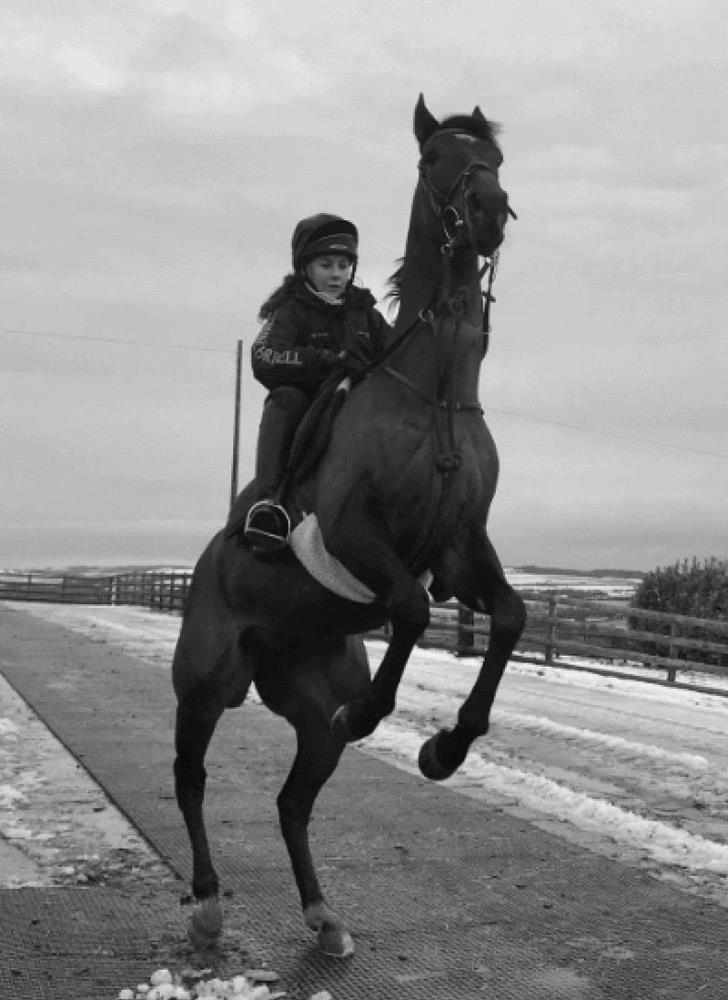 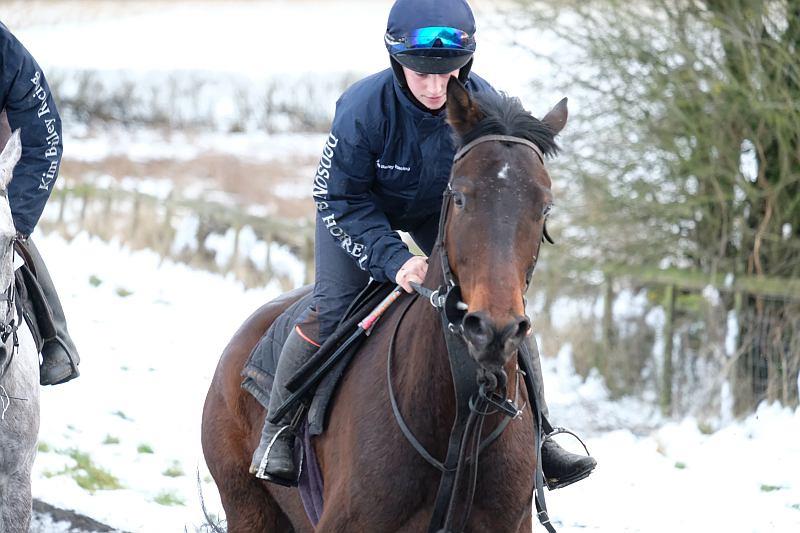 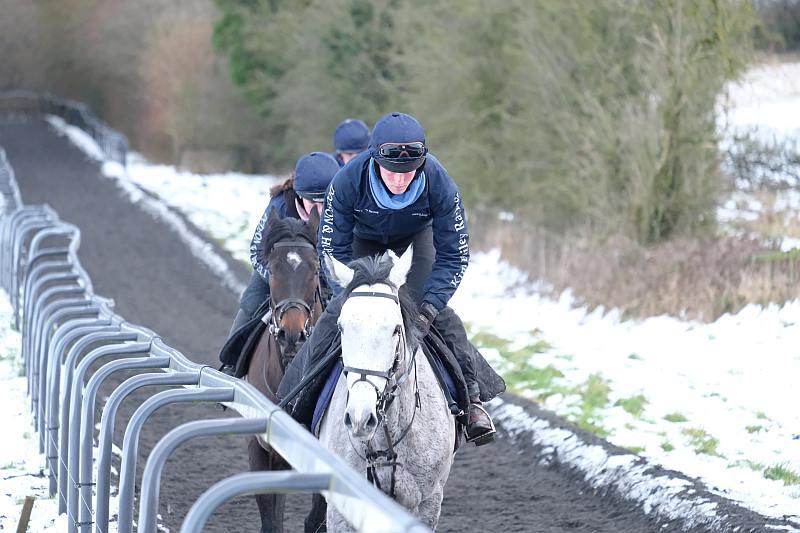 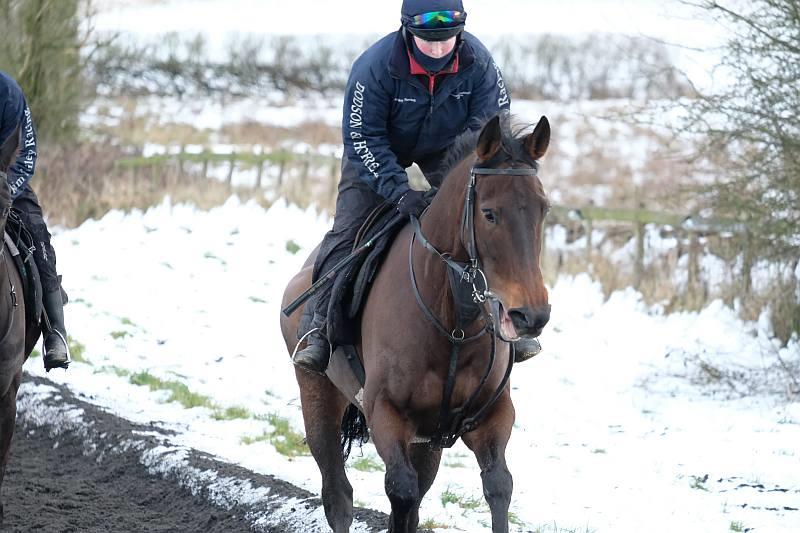 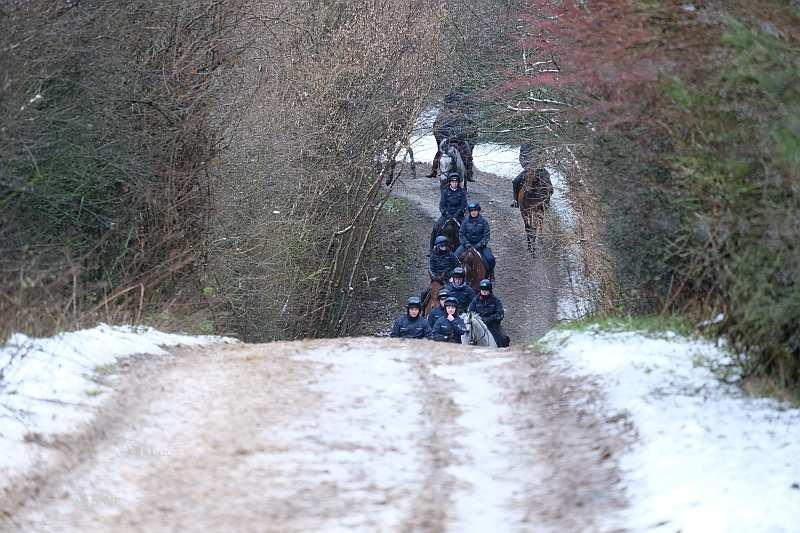 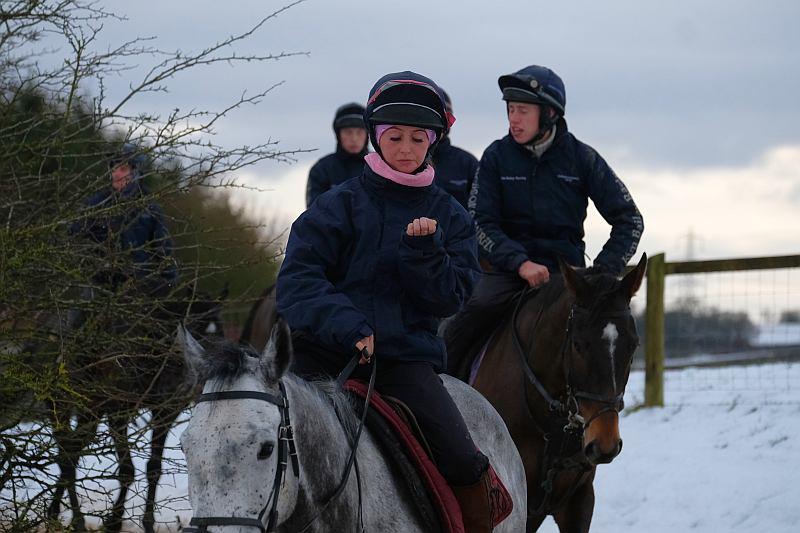 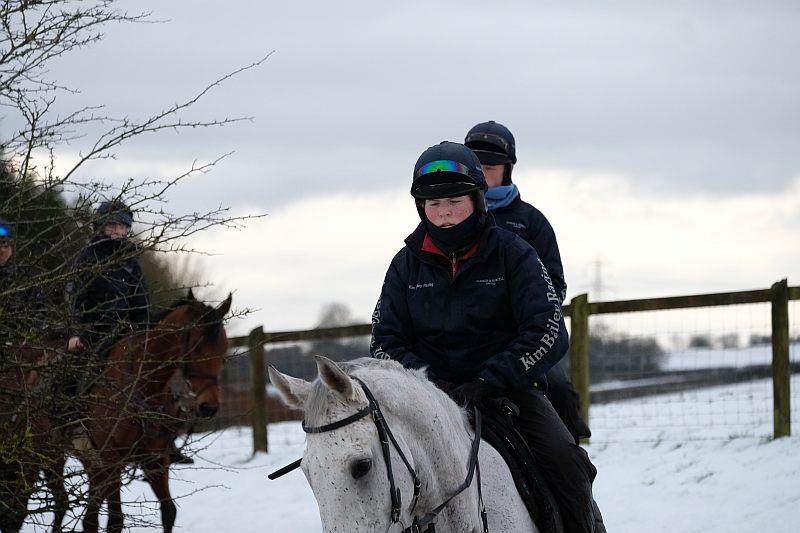 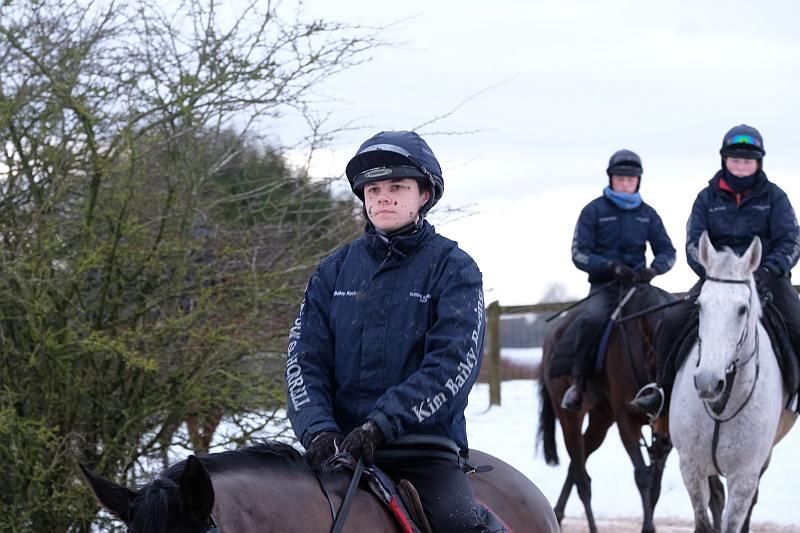 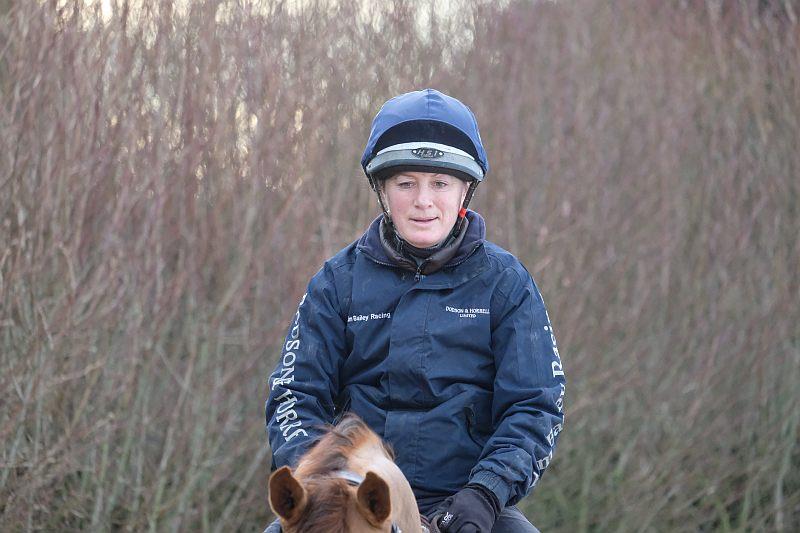 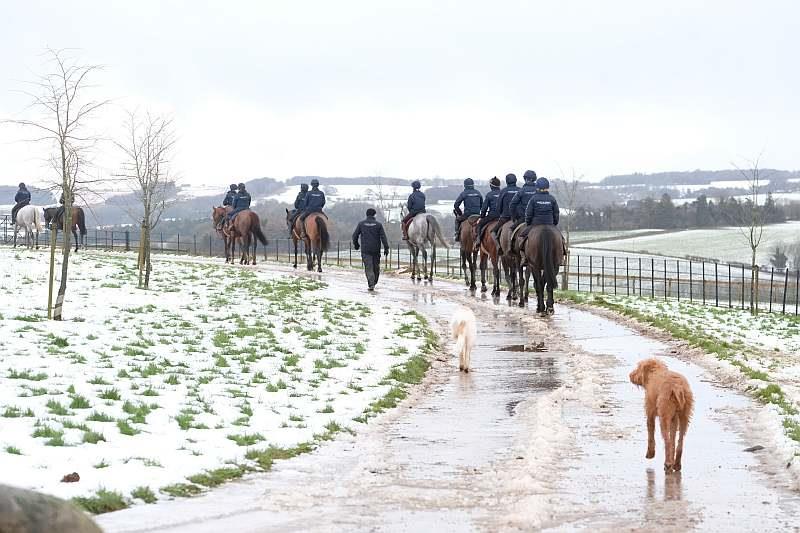 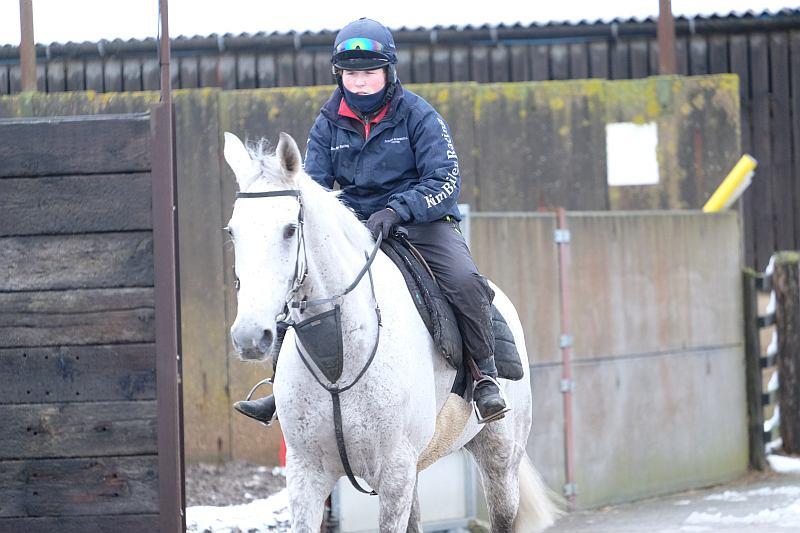 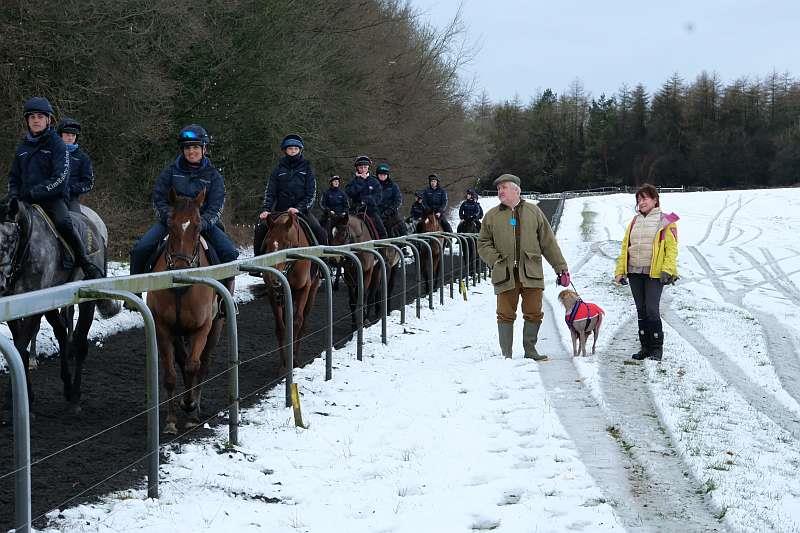 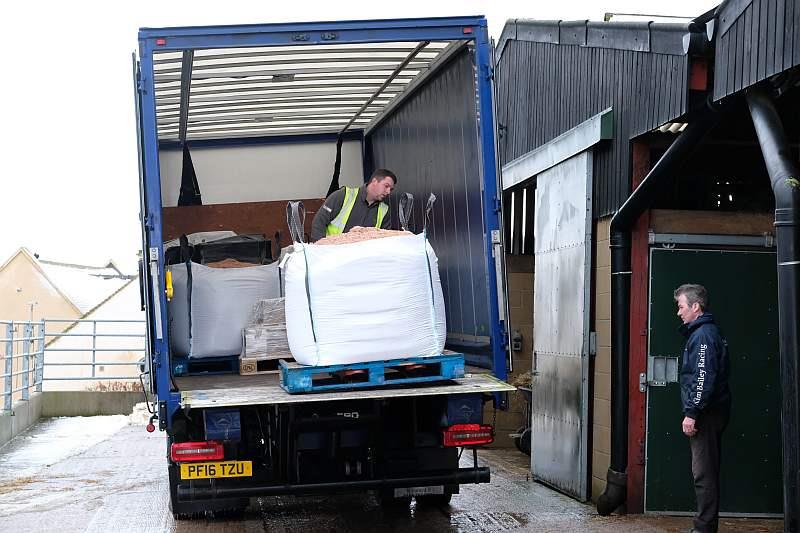