Plus 9 and dry when driving in. A great deal of rain yesterday too..good

Be thankful for a winner.. It was perhaps not the one we were expecting.. on the face of it we were probably unlucky not to have had three!

Chazza won at Bangor over 2 miles.. probably too short, but we were rather hoping for a clear round and a good run after his horrid fall at Newton Abbot.. He was fresh and well and won like a very promising horse.. A future chaser..

His owners the ( KBRP) Azza Chance Syndicate were thrilled even if they were not there in person..John and Laura Garrett, Ken Gray, Paul and Suzanne Higgs, Steve Jaggard, Alan and Sally James and David and Fran Ratcliffe all celebrated last night.

Mat took Illuminated Beauty and Rhosneigr out because of the rain softened ground!!

At Huntingdon.. It all went astray.. Thibault finished 3rd. Ajero second and Doctor Haze unshipped Chester Williams 3 from home when he looked like winning…

Chester had no chance when Doctor Haze put a short one in when asking for a long one.. DH should have taken it and did not..

Ajero was ridden by Harry Cobden, who by his own admission got it wrong.. At least honestly pays when you make a mistake Harry.. Ajero did not settle but it was still an eye catching run.

Huntingdon was very quiet and rather dull.. Sadly David and Julie Martin were not there as it was too dangerous for their helicopter with the weather forecast.. sad.. A huge thanks to Jack Pryor for sorting their intended landing out on the neighbouring Rugby pitch.. Another time, but it shows how helpful these course are .. Yes we all need owners..

I returned to Thorndale last having driven the trailer to Huntingdon and back only to find that David Bass had changed my office computer screen saver.... I can't possibly show you as it was not in the 'best possible taste'  .. far too graphic..  pornographic!!  Worse than his post card from Italy !!

There was good news yesterday from Bristol.. It was just over a year ago that Mrs B broke her neck and yesterday her surgeon in Bristol gave her the thumbs up  that the healing process was more or less complete..It has been a very long ordeal for her.

Thursday morning is our easy day but we worked Two For Gold, Happygolucky, Hes No Trouble, Java Point, Sayadam and Dandy Dan.

No runners today.. Clare and I are heading to Newmarket later to stay with Teddy and Emma Grimthorpe.. Ever hopefully he will be there and not swimming the channel…. We are calling in to see Warwick and Karen Newbury on route.. Horse business tomorrow..

Running into a wall with an erection and breaking your nose 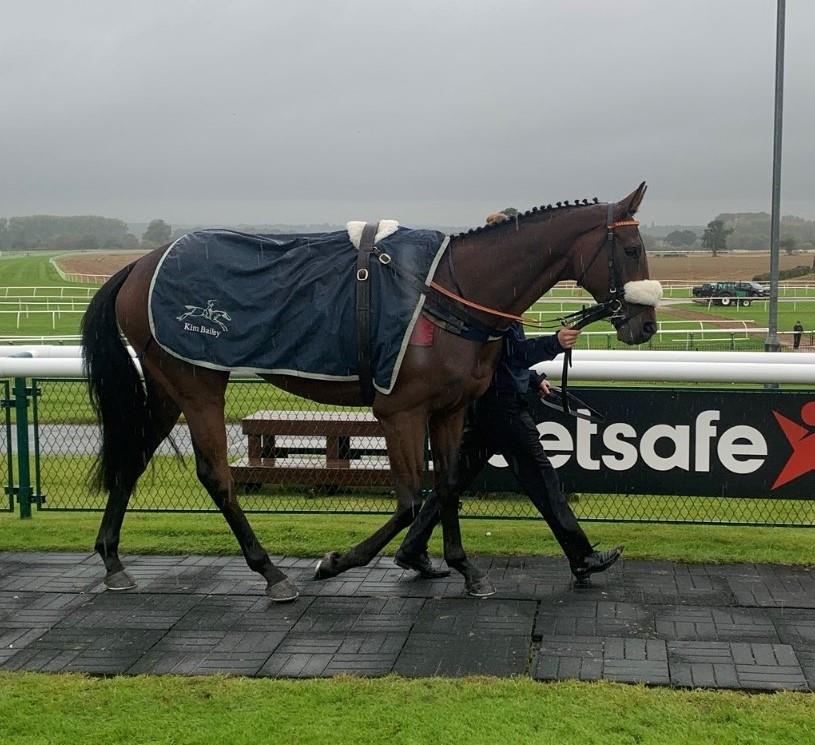 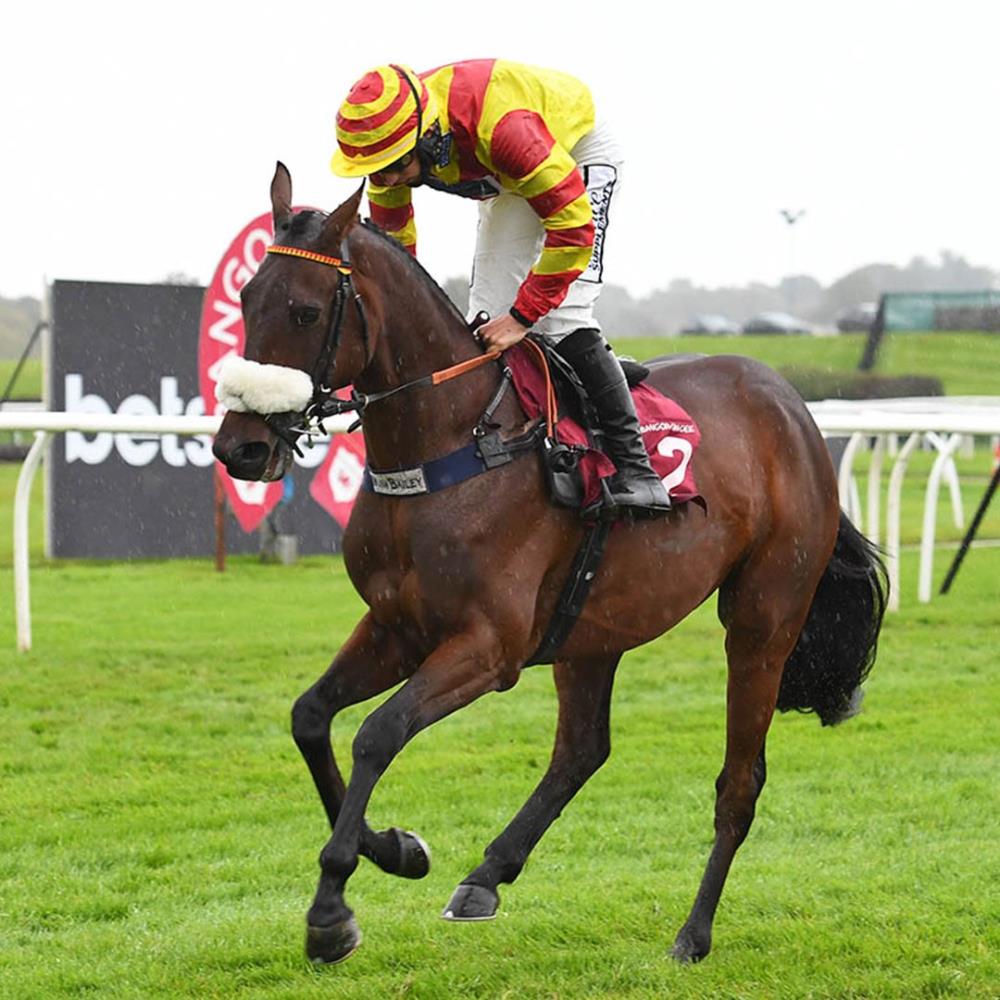 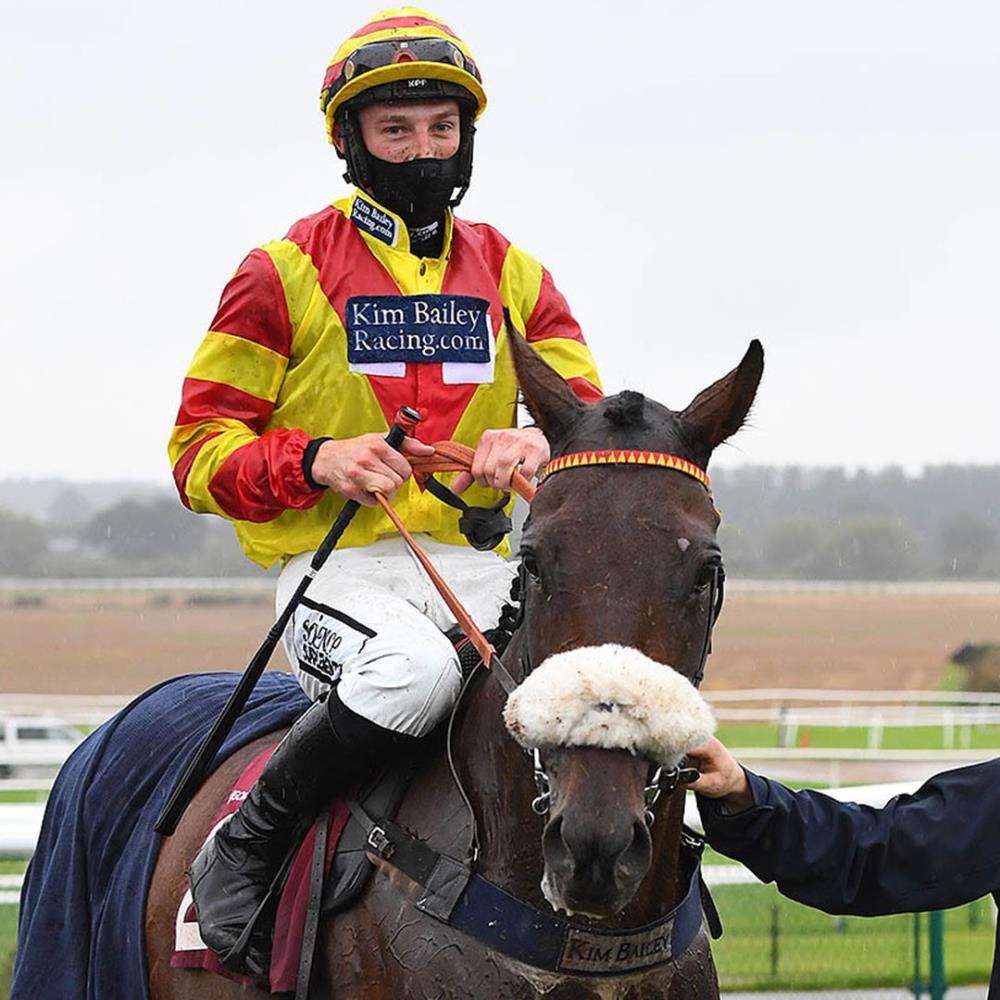 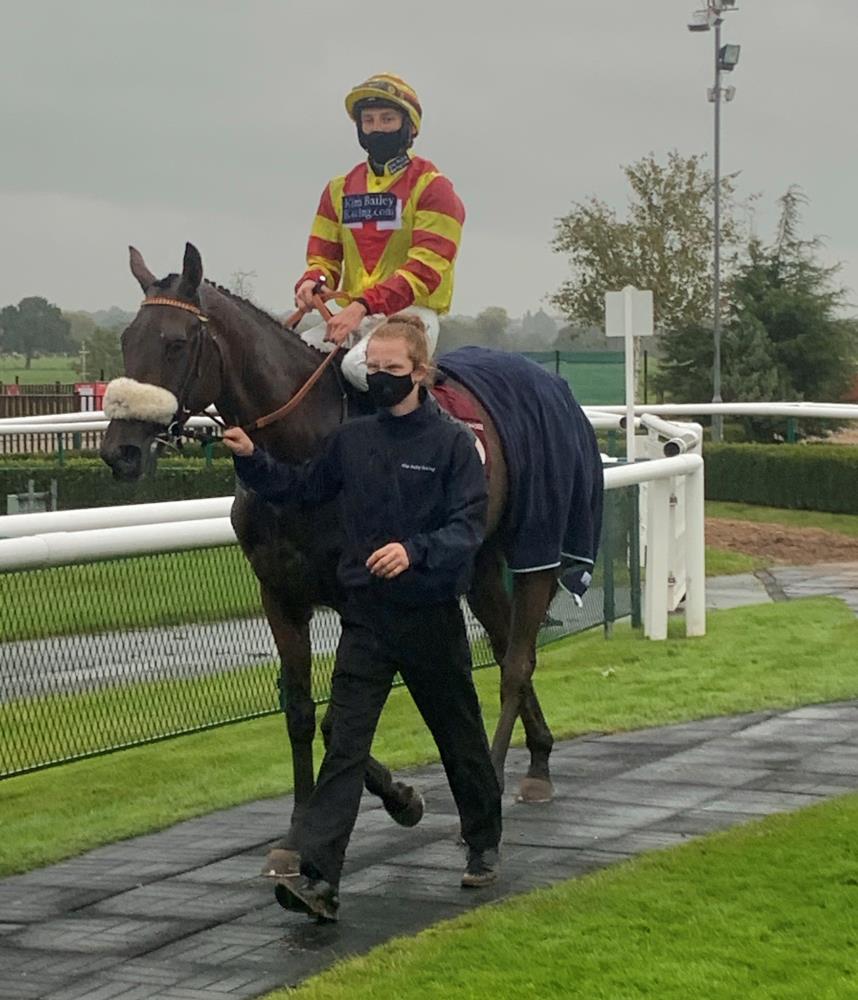 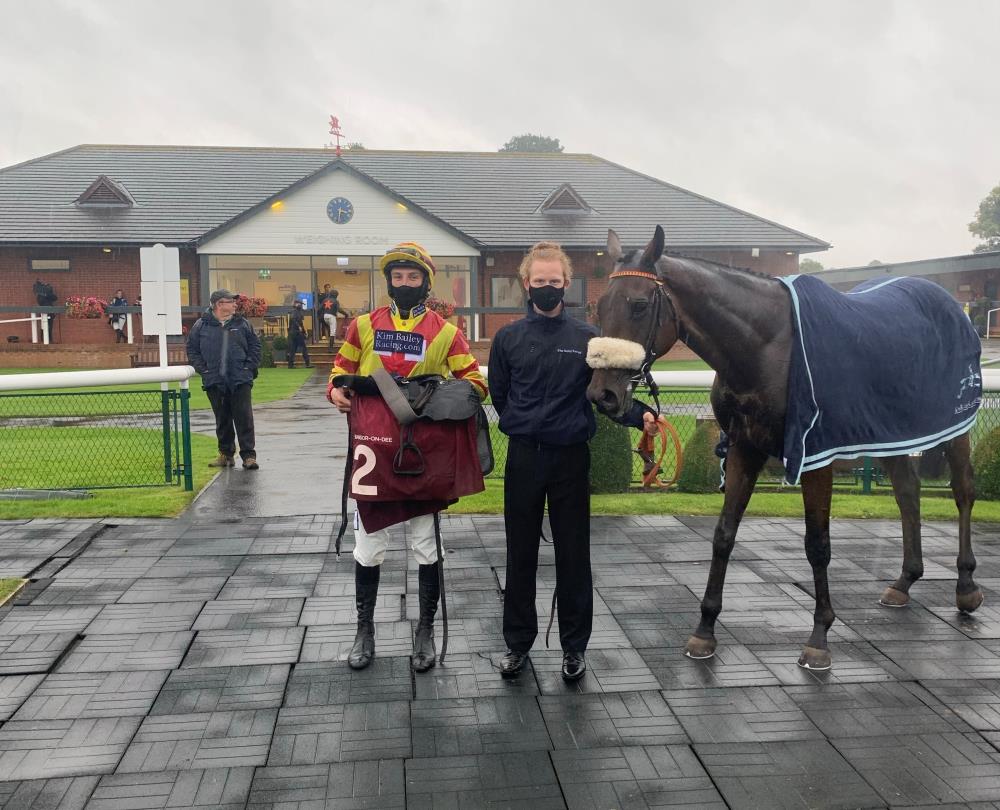 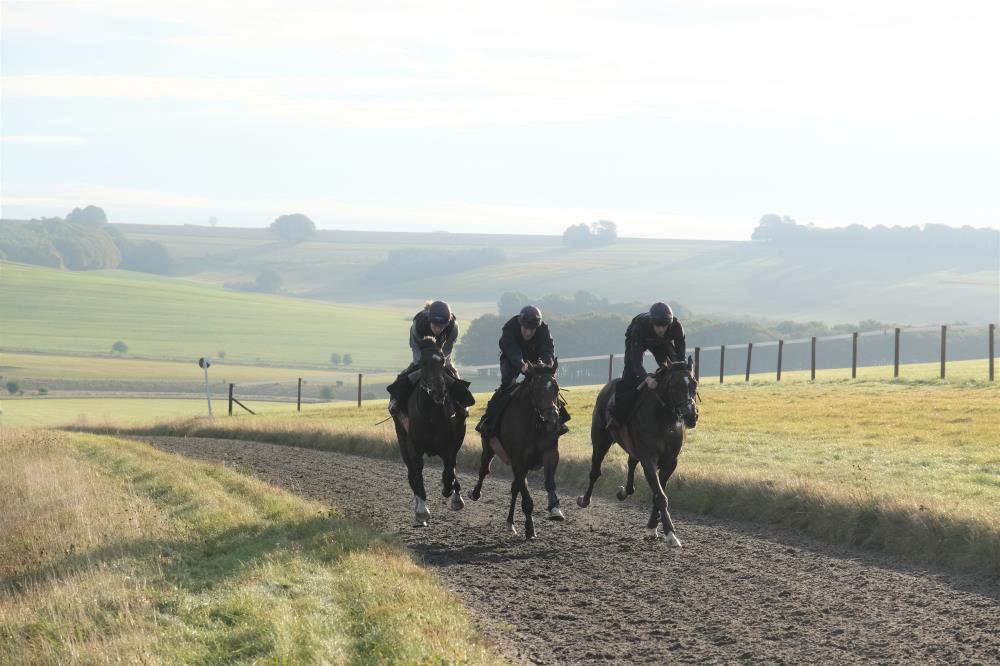 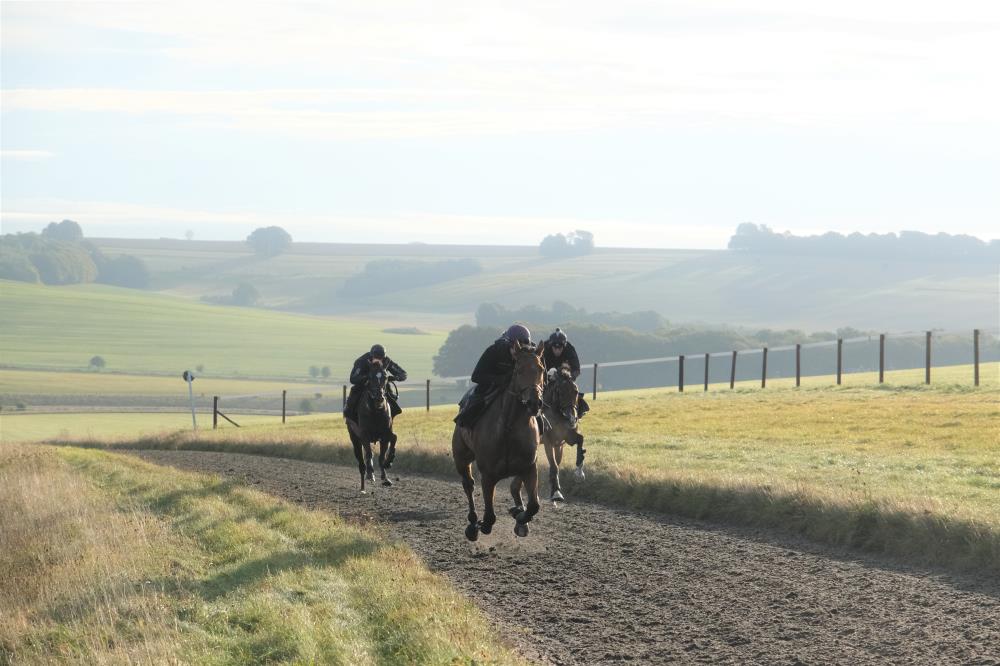 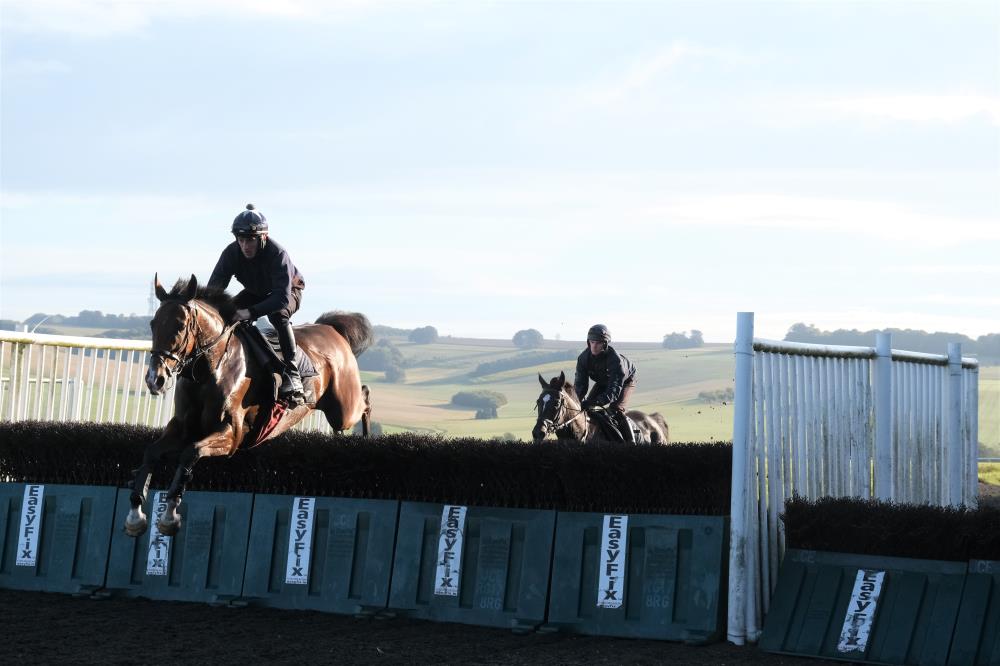 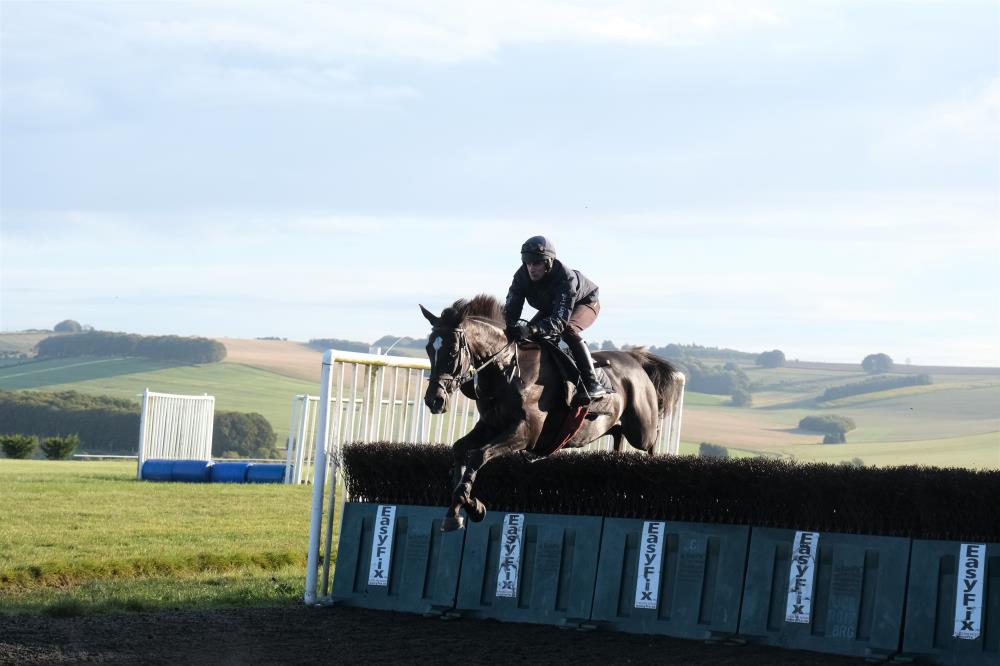 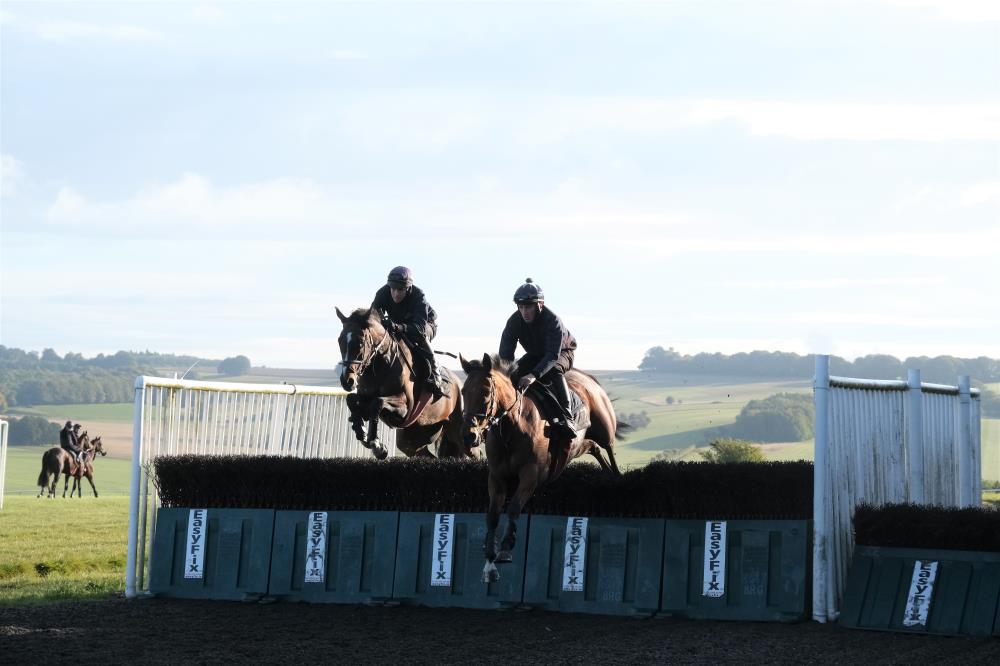 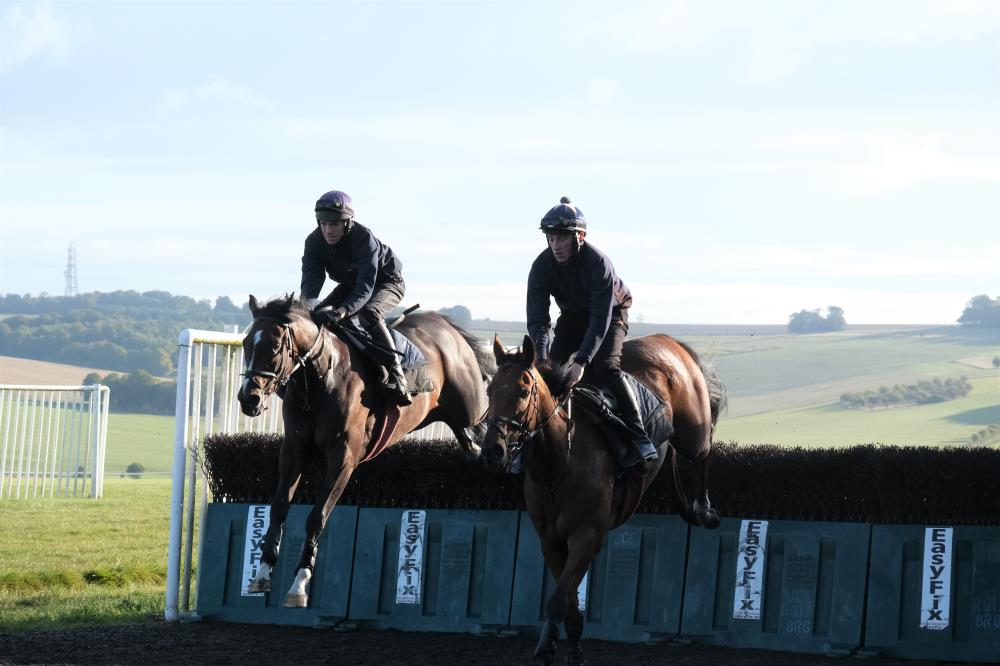 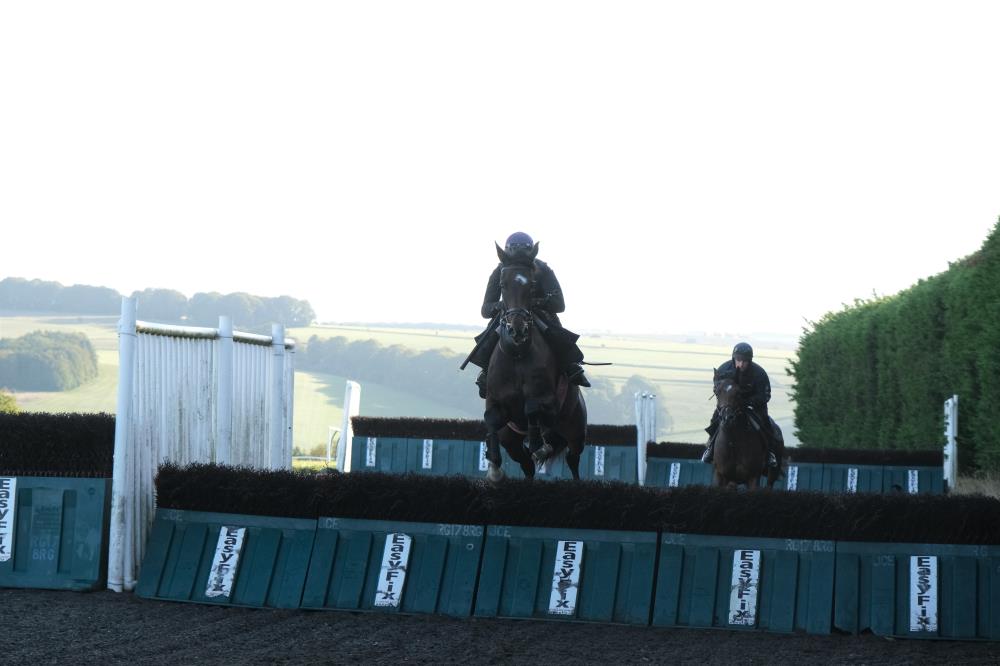 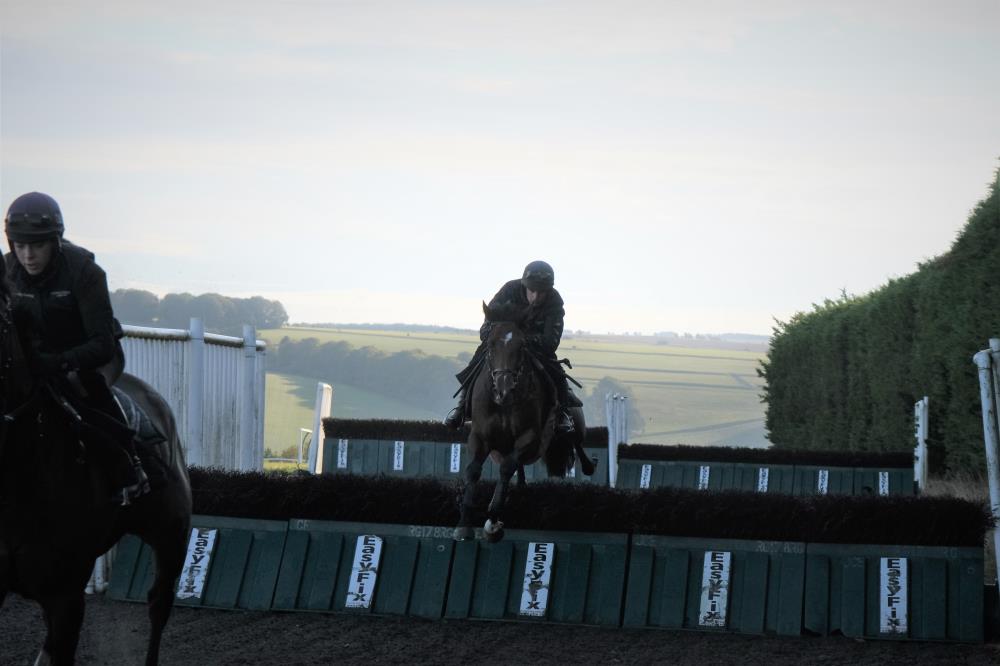