What an emotional day yesterday was for the KBRP owners of Boolavard King. He finished a most encouraging second in what was probably the best novice hurdle run at Southwell for a while (winner is pretty useful).

You know I hate being second, but yesterdays result overcame more than just the annoyance of finishing in that dreadful place position.. there is a heart warming story behind it.

This time last year BK made his first appearance on a racecourse for us at Huntingdon.

David Bass rode him and as with yesterday BK was jumping and running well in front when suddenly after jumping the 5th hurdle David pulled him up.

He was lame in front and we assumed that he must have damaged his tendon.

No tendon damage was first seen but he was so lame that he went straight to the vets where they monitored and sent him on to my vet practice in Tewkesbury. Further tests showed that he had fractured his right side shoulder blade.

Life threatening yes, but we brought him home and he stood in his stable for the next 7 months.

Movement was difficult and walking was almost impossible. Time heals and in May of this year we re-Xryed and saw that the fracture had healed but still BK would not use his shoulder.. He could now walk but he could not trot.

Stage 1 was to take him out of his stable and lead him out every day for an hour. Tyler Daintith did this most days and for hours she walked him up and down the yard in straight lines

Step 2 was to send him swimming with local trainer Jim Wilson to force him to use his shoulder. We were worried that he might drown, but he didn't, and gradually he became freer in the pool and used his shoulder, but he would still not trot when out of the water.

Stage 3 was to turn him out in the field during the summer hoping again that walking and galloping around would make him use it.. No.. in fact it was almost embarrassing bringing his owners to see him. BK always smiled and looked happy but when he went to went trot away he could not.

Stage 4 was to send him to Mia White, who looks after all my horses backs. Mia and her husband Mark (used to be my head lad) lunged him and rode him around the fields in Herefordshire.. Gradually BK started using his shoulder and with Mia working on him everyday he gradually became freerer in his movement. Then Mia said she could do no more.

Stage 4 he returned to the yard in October and we tried to train him.. Yesterday was the result.. BK looked happy and jumped well and finished second and he is sound although a bit stiff this morning.. Very very happy owners for being second and a very relieved trainer.

There was nearly another miracle as I came across Paul Nicholls horsebox broken down in the middle of Nottingham. I stopped to see if I could help.. No driver or horse, just an empty horsebox with flashing hazard lights.. I then came across Dan Skelton’s horses box.. he had rescued Paul’s horse, and yes that was the horse that won BK’s race… !!

Our other runner Nam Hai finished a most encouraging 5th not beaten that far in the same race and will improve for the experience.

Wow that was an emotional day..

This morning David Bass was in for a couple of lots.

Russell Fields was here to see his horse Bandon Roc work and jump and were Johnny and Liz Wills here to see their horse Net Work Rouge.

We have three runners at Ludlow today.

Allez Encore, Lady Of Llanarmon and Rhianna and for my thoughts on their chances please click here… 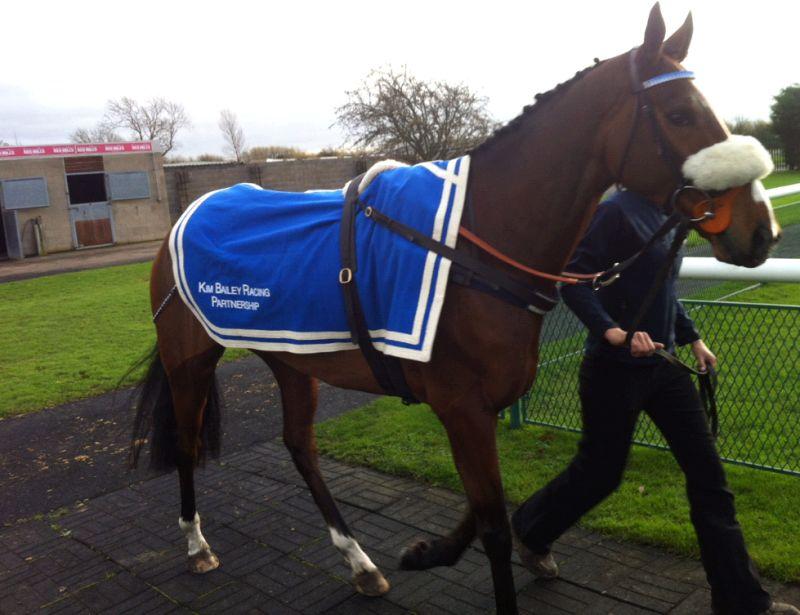 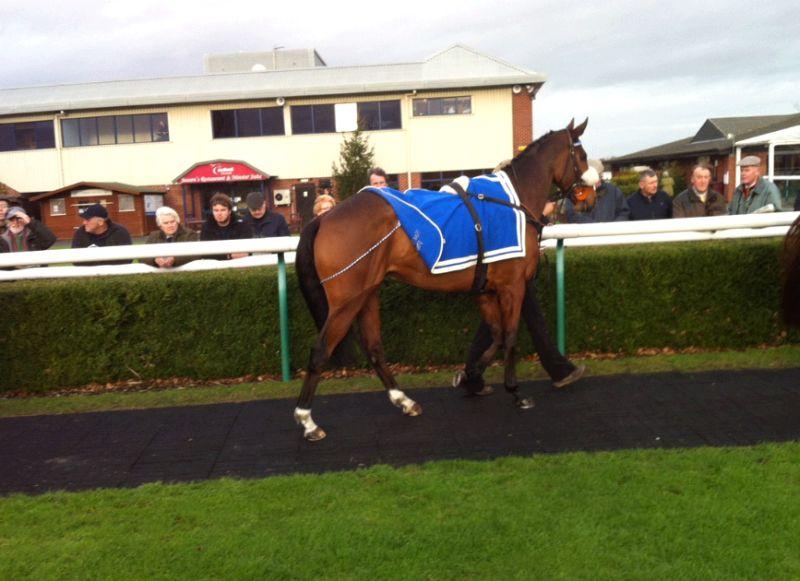 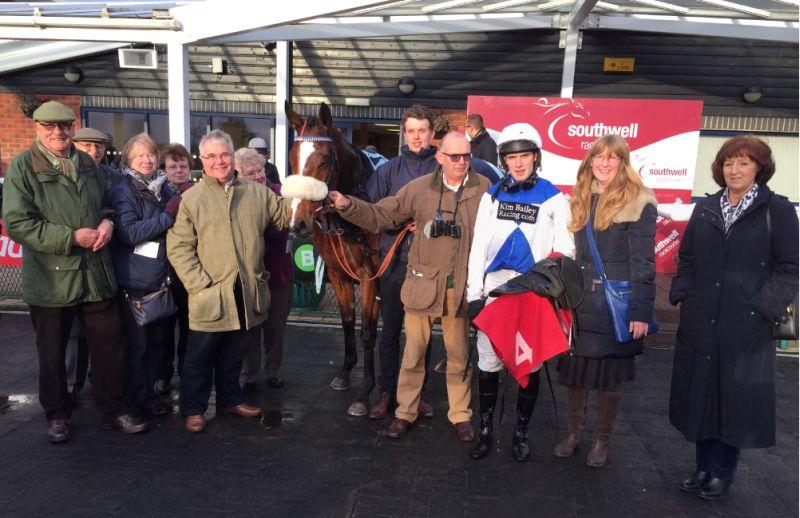 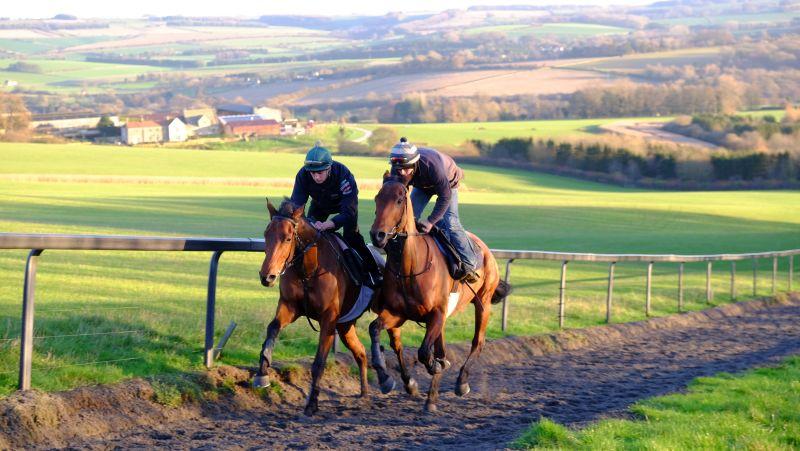 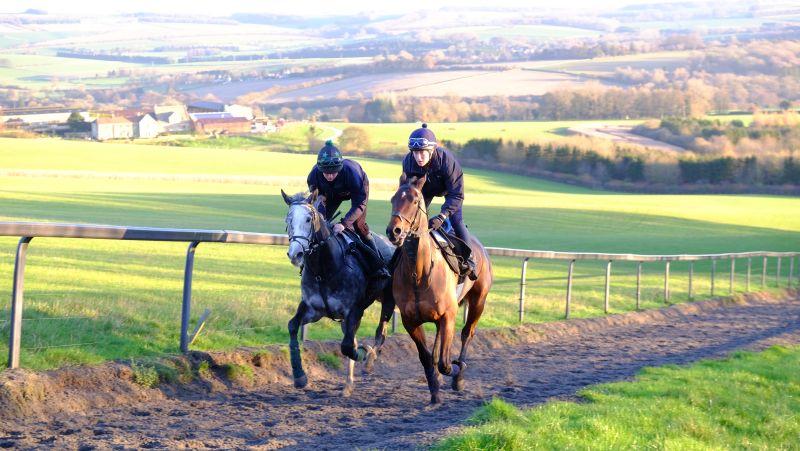 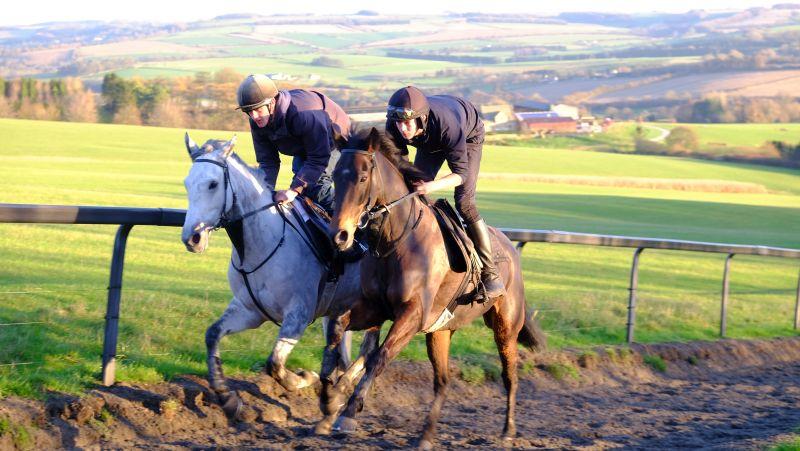 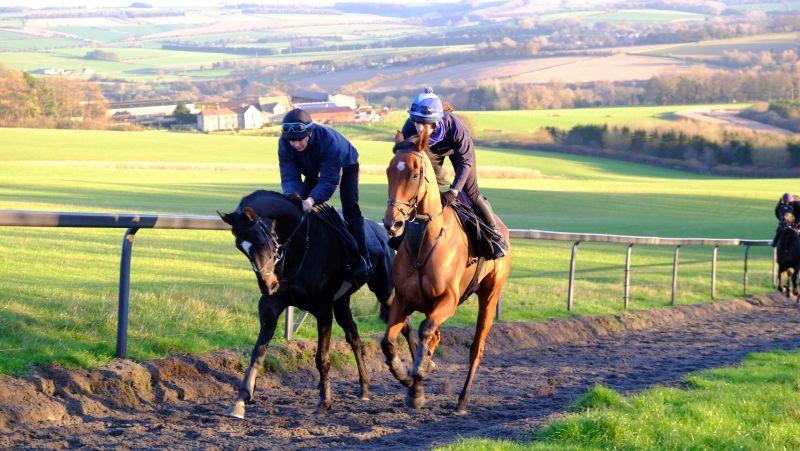 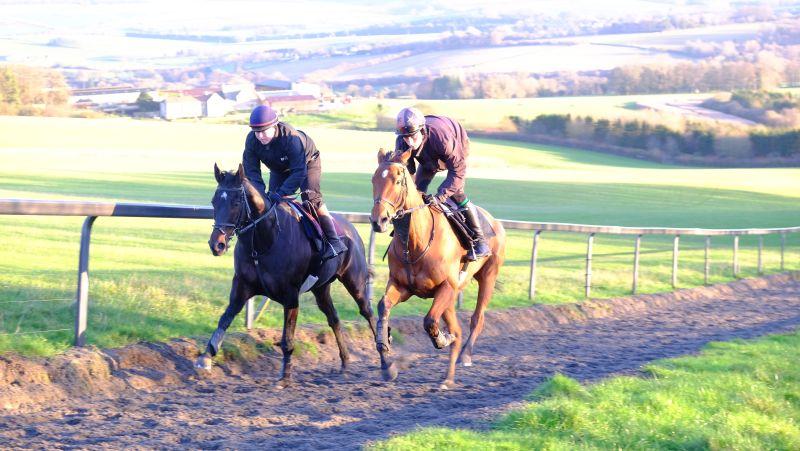 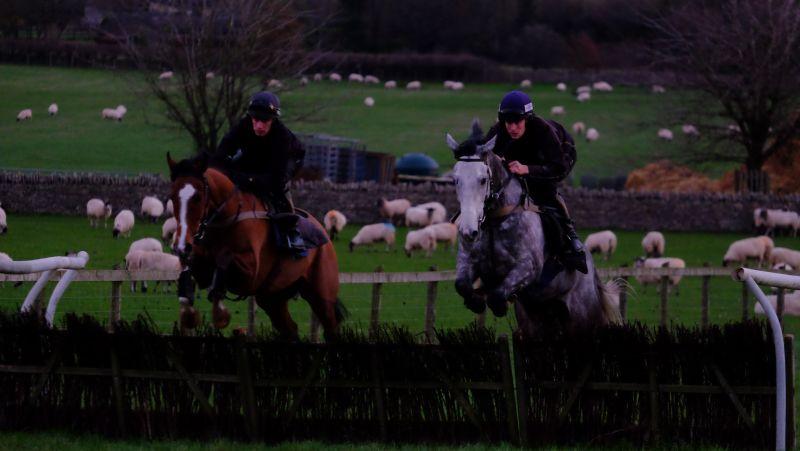 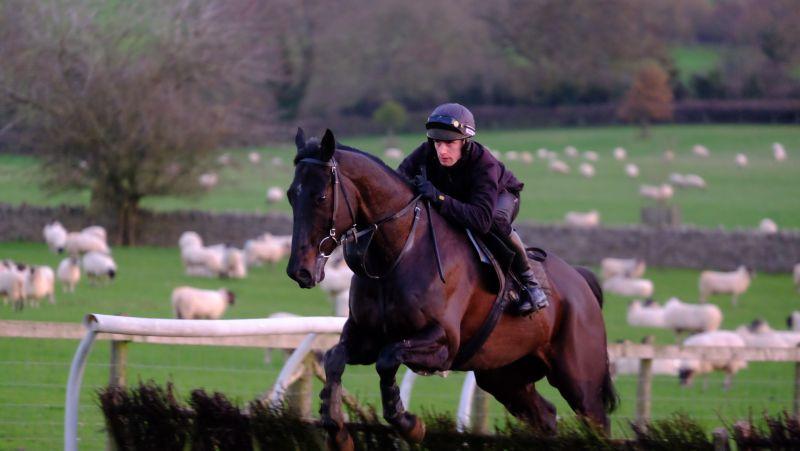 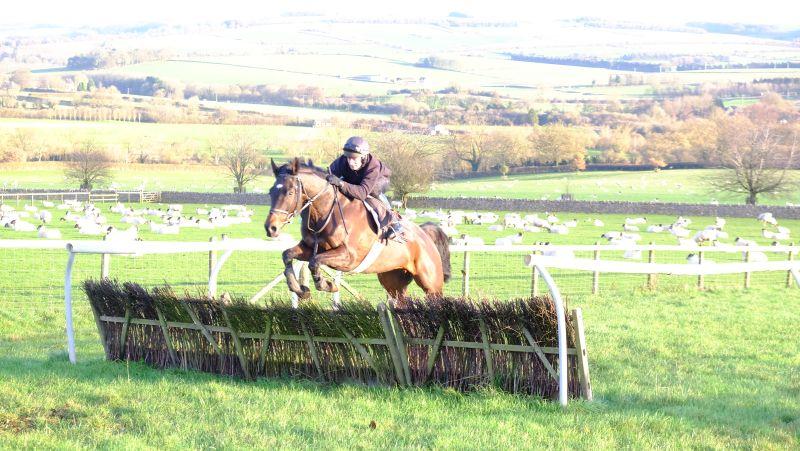 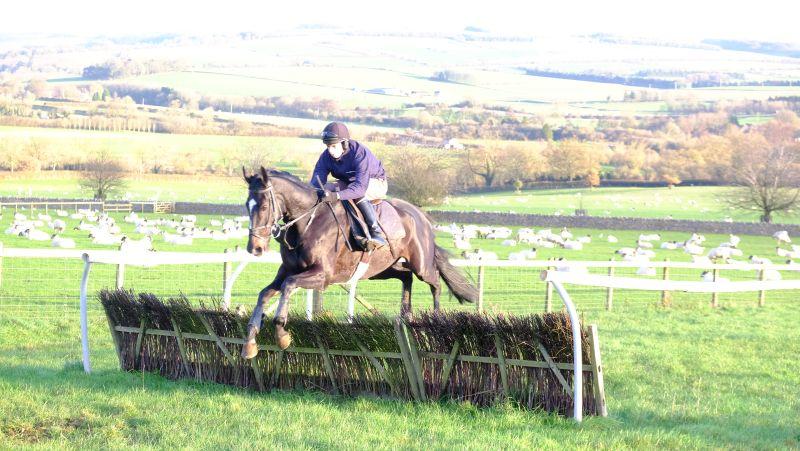 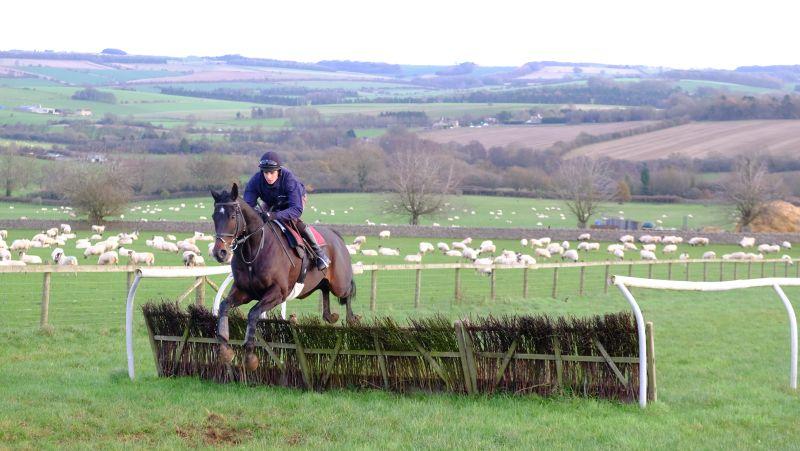 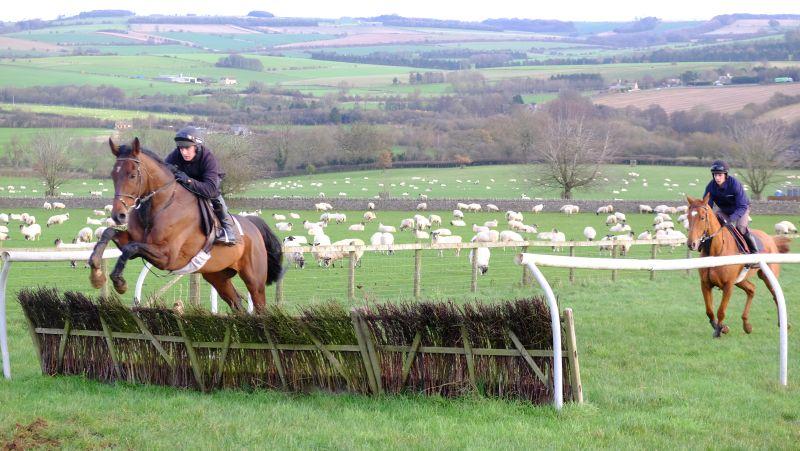 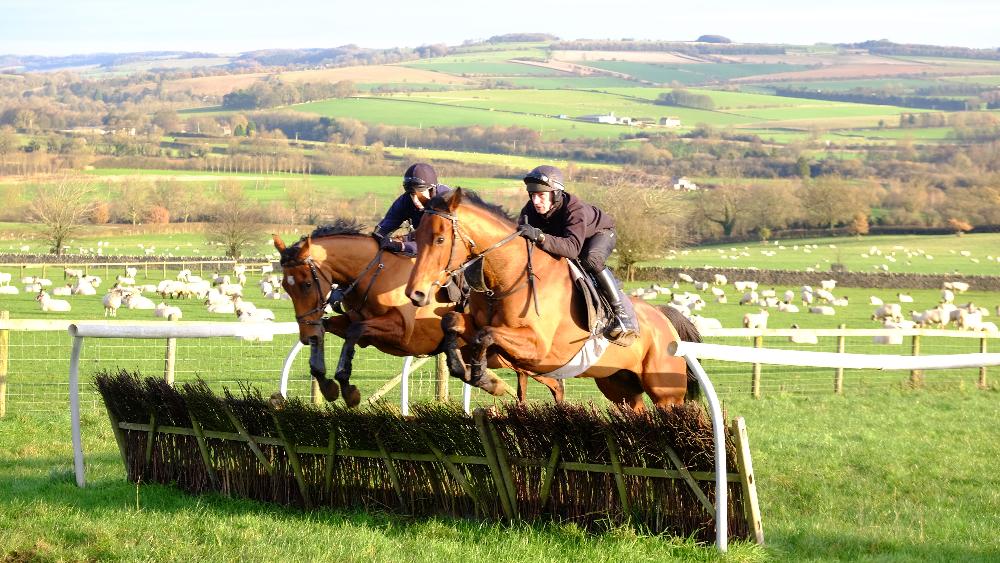 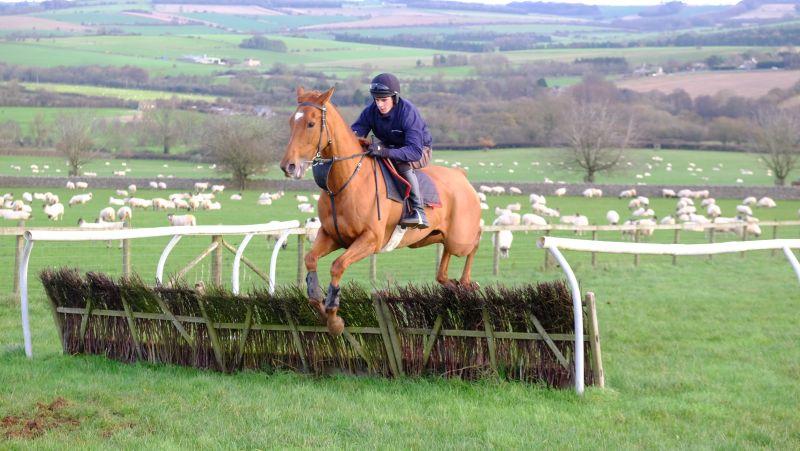 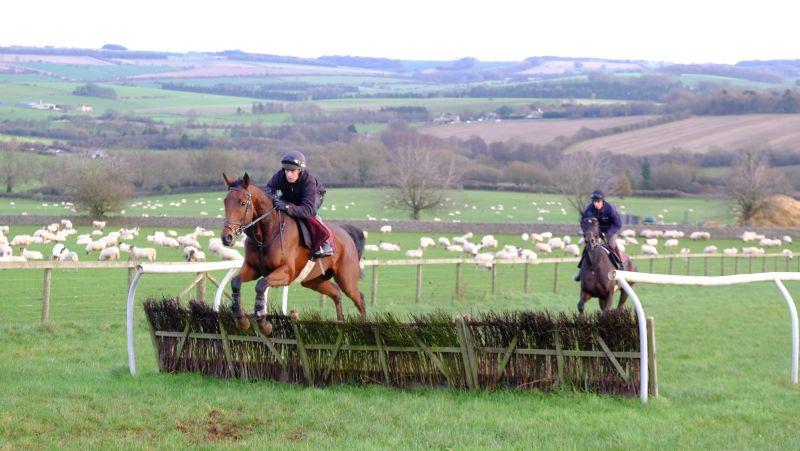 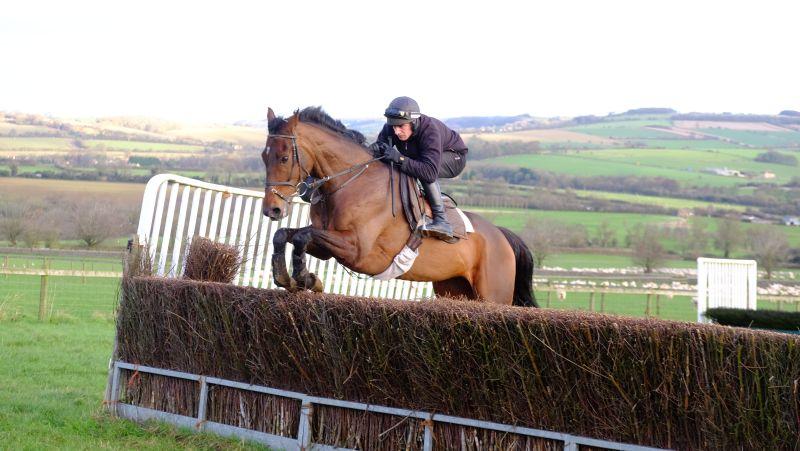 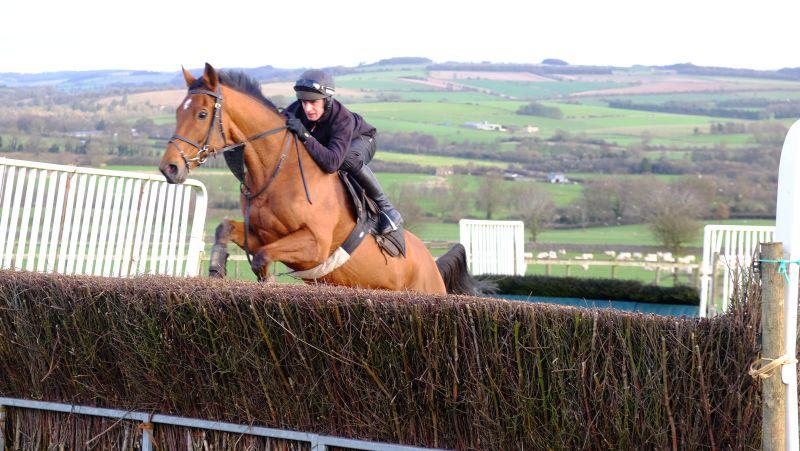 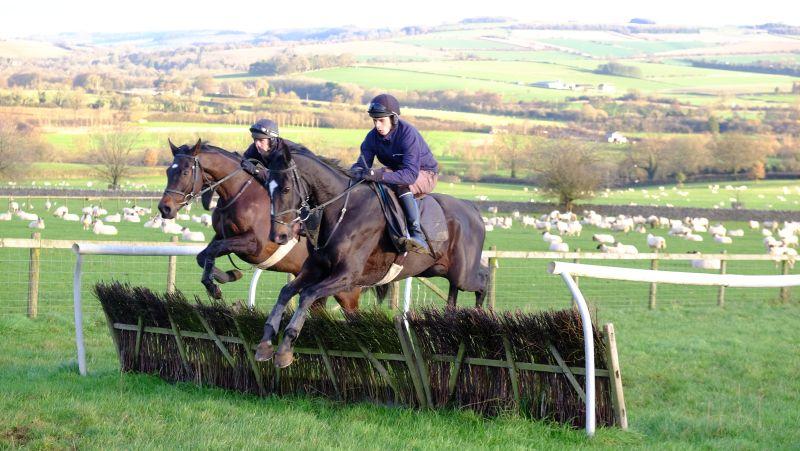