Plus 7 and dry although a very heavy dew when driving in..

Terrible scenes at Kempton last night when there was a four horse pile up and two jockeys were rushed to hospital on spinal boards.

Freddy Tylicki was airlifted to hospital while Jim Crowley went by ambulance. Jim was discharged last night but Freddy is still in intensive care. We are all just praying for a good outcome..

Not such a good outcome for Irish trainer Tony Martin early this morning. His horse Heartbreak City narrowly failed to win the Melbourne Cup.. The locally trained Almandin held on in an epic battle… Second.. we all hate that and second in that race? To watch the final furlong click here.

Thats October done with and it ended on an all time high of 18 degress...What will November send I wonder?

Philip and Carol Houdley and Stuart and Jenny Clatworth were here for a charity morning on the gallops and breakfast.

Philip and Sandra Arkwright were here to see their horses Texas Forever and Diva Reconce plus the two Racing for Maggies Charity Horses Another Venture and Biscuit.. Also here to see their KBRP horses Our Belle Amie and Chateau Robin.

Christopher (Hugh) Rathcreedan was here second lot to see his Pulling Power.. 'Hugh' is part of the Turf Club team

Carol Bailey was here to see her two KBRP horses Our Belle Amie and Blazon.. Blazon worked with Silver Kayf.

Henry Kimbell brought his family along to see the two Racing For Maggies horses Another Venture and Biscuit and his Two Timers Partnership horse  King Simba..

Graham Potts our vet was in late morning.

We have two runners this afternoon at Exeter. By The Boardwalk and Tom Bellamy and Monkhouse and David Bass.. For my thoughts on their chances please click here..

Archie heads back to France early tonight for the second half of his term out there..

Went out last night for Halloween dressed as a chicken

Met a girl dressed as an egg.

A lifelong question was answered.

It was the chicken 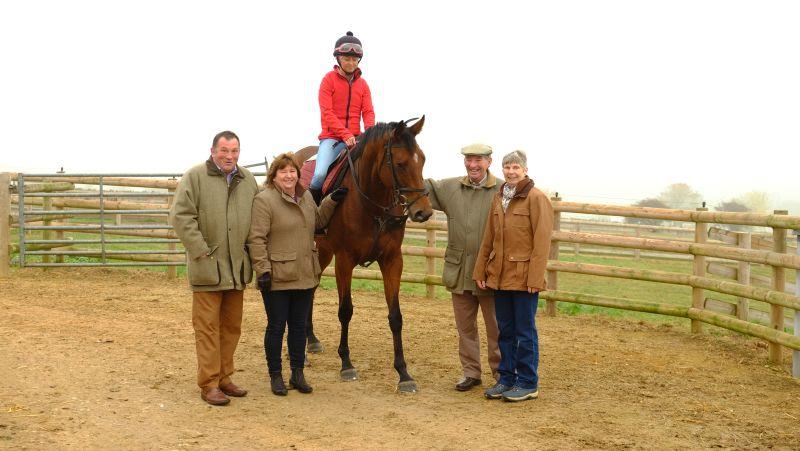 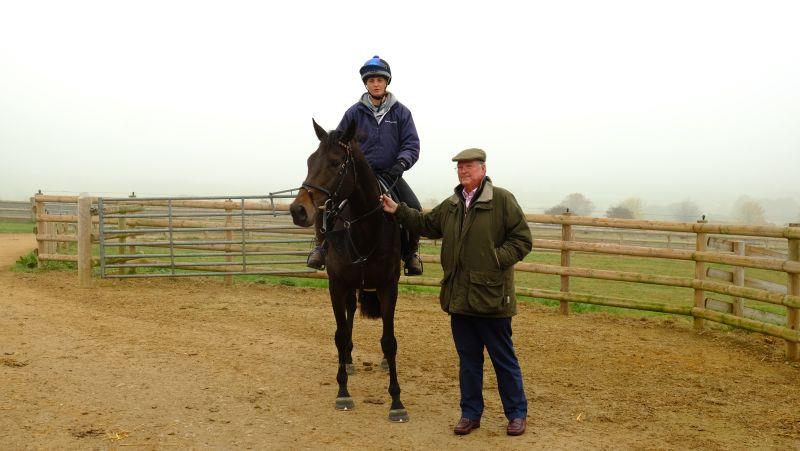 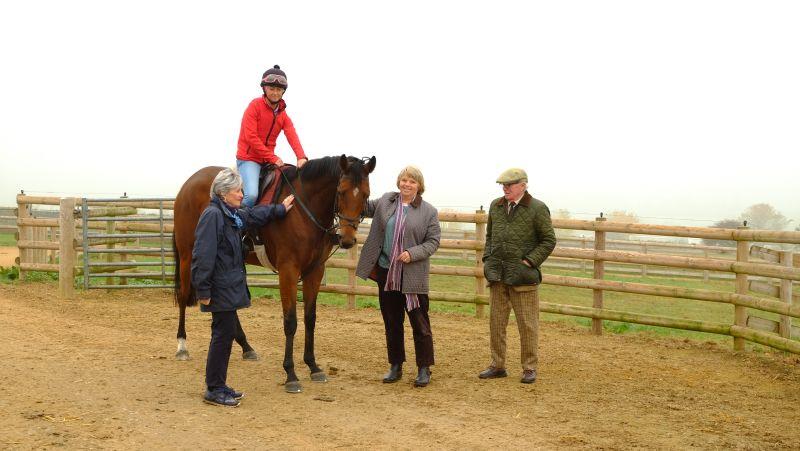 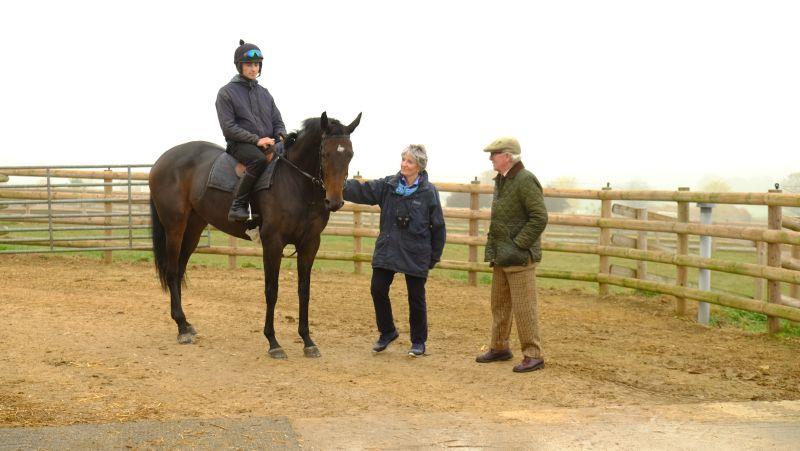 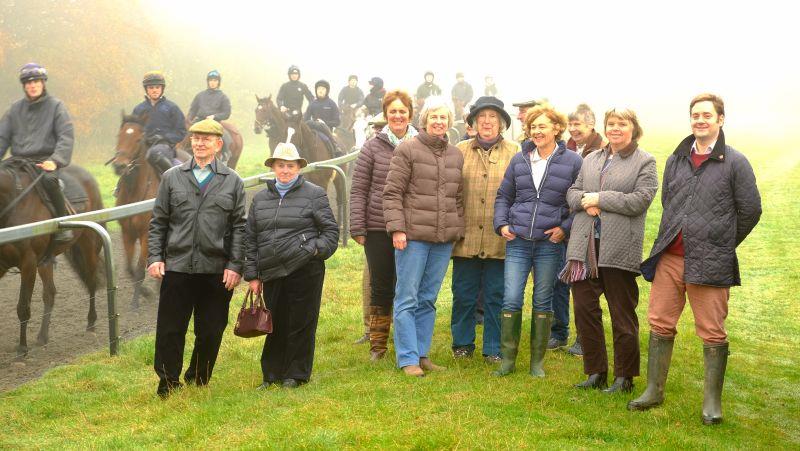 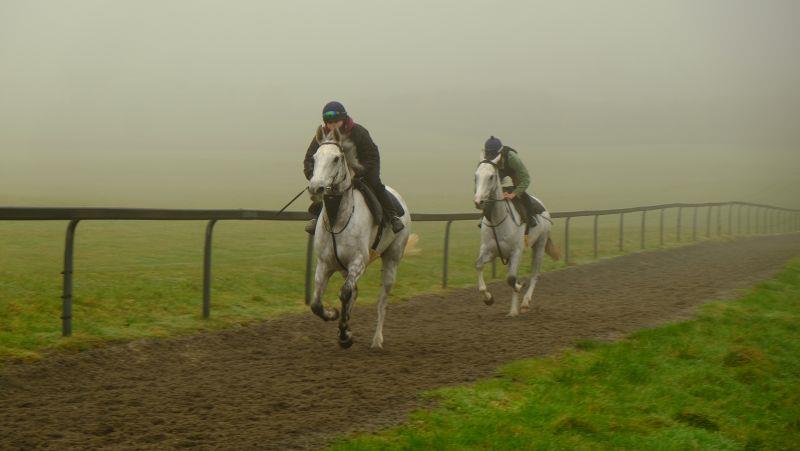 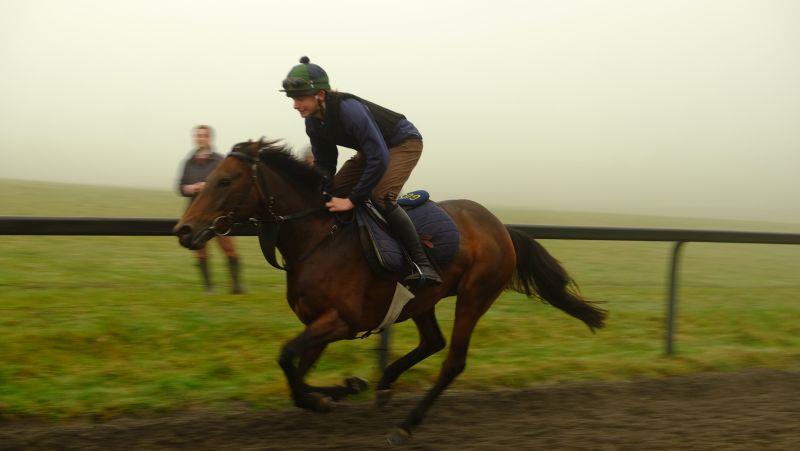 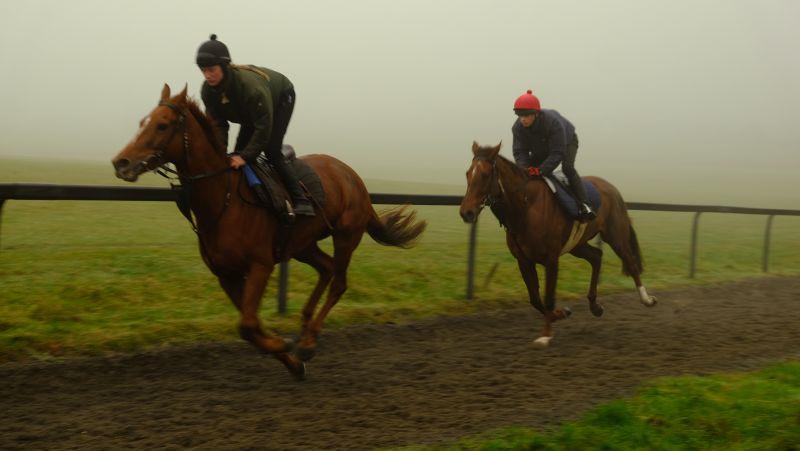