What a beautiful month it has been, with this glorious weather it's as if we have been training horses abroad! It does pose its problems though as lots of dust is created and the horses were annoyed by flies during their summer holidays. Despite the lack of grass, as it all turned brown, the horses have come back in looking absolutley fantastic, giving us lots to work with for the season ahead.

We had a large delivery of hay or rather haylage during the month, the first of this years crop, ever hopeful of a drop in price as they have had fabulous conditions to make brilliant haylage, this was not to be as I was quickly told that would not be the case as there will be no second cut. The weather might have been great to make hay or haylage but these very warm conditions meant that the grass had not grown sufficiently to cut a second time, no rain, so less hay/haylage.

A Month in Sport

July was a month for some of the biggest sporting moments, England made it through to be third in the World Cup, Serena Williams couldn't quite complete another grand slam at Wimbledon but put up a brilliant performance and Djokovic came back to take the mens final. The cricket season is in full swing, a sell out crowd turned out to watch Gloucester take on Essex however, their night was ruined by something we had not seen in these parts for sometime... It rained and the game was soon called off! Luckily we have been able to enjoy watching a few matches at Lords.

Finally but by no means least, Ed Bailey, Hugh Nugent, Ed Henderson and Zac Baker completed their epic journey cycling around Ireland’s race courses North and South in aid of Injured Jockeys Fund and Mind. They blew their target and raised a total of £12,996.80, a fantastic amount for two important charities.

It has also been a month for events, we ourselves are busy organising our own Owner's Day in September but I was very fortunate to attend the Highlere Thoroughtbred Racing Open day to showcase their new horse Alfie Corbitt.

A very well organised event which included a parade of the horses, allowing members of HTR to see their horses and the new horses in their stables. Alfie Corbitt was being sold at £6950+Vat for a 20% share, over half were sold on the day. Lunch followed, hog roast and wine whilst mingling with the guests, we trainers were the last to leave, a fun day and very well organised..

I do hope you have enjoyed catching up on our news; don't forget we would love to have you involved in the yard if you are not already; we are just a phone call away.


Cheltenham announced that they have a new 4 year sponsor of their Gold Cup in March, Magners have come to the fore. If you are living in Ireland apparently it is known as Bulmers. I wonder if the winners of the race will recive a lifetime supply......yes a drink I drink, so good news!

We have been busy putting together our new Horses in Training Brochure for the season ahead, in which we advertise a few local business', one of which being the new Frogmill Inn which reopened it's doors this month following a huge refurbishment. The place looks fantastic and Brakspear have done an amazing job to bring the Inn back to life and towards the 21st century. I am very lucky to be taking a table during their opening launch party, I am sure it will be a night to remember and I shall tell you all about it in my blog.

The work has begun on the refurbishment of our all-weather gallop. We are taking the surface off and then removing the tarmac base, replacing it as it has become non porous in places.
Expensive yes, but our gallop has been down for 12 years and sadly these all-weather gallops don’t last forever.  So in three/four weeks time we will have a brand new gallop with a brand new surface.
Andrews Bowen are doing all the work and we are using their racing surface. Our sand gallop will now take all the action whilst this is being completed. 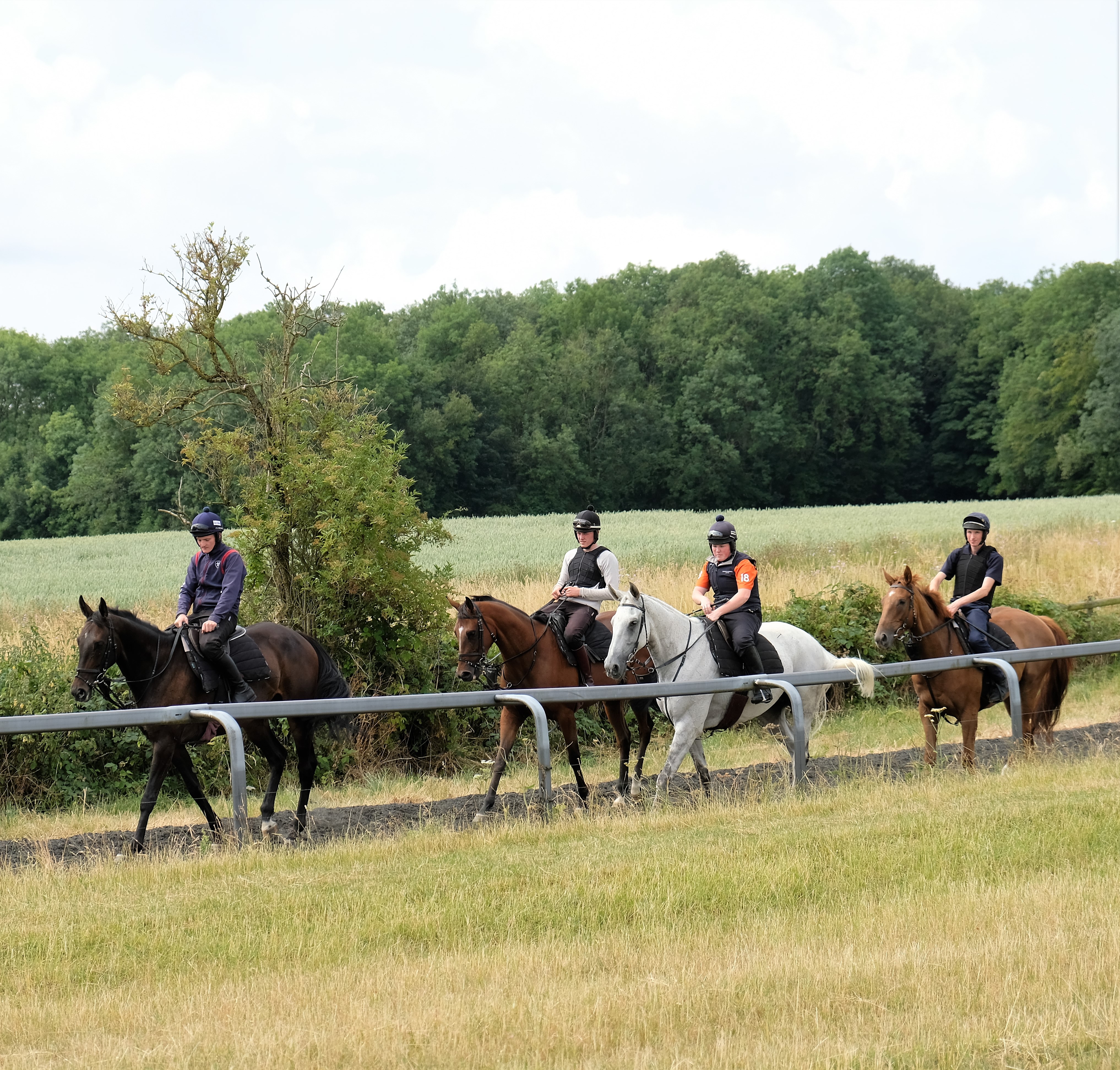 8th December 2022
07-12-2022 17:28:50 in General by Admin
Minus 7 and dry when driving in. As you know I failed to attend Leicester but Mat did on my behalf. Anyway horrid tacky ground apparently and neither horse really enjoyed it.. No excuse as both need to learn their trade. Lets Go Amigo on the whole jumped better this time (playboy) but was fairly tired after his run, while General Hubble was no bubble as he ran a most encouraging race to finish 5...