Depending on what time they are going racing, the runners will always have their temperatures taken and are led out and given a quick trot to check that they are ok before leaving.  We always like our runners to arrive at the racecourse at least three hours before their race.

Leigh Pollard (Travelling Head Lass) is in charge as soon as the horses leave the yard.  The lads that look after the day’s runner will also travel in the horsebox with their horse.  It is Leigh's job, as well as driving the box, to ensure that the correct owners colours are packed along with the passport for the horse, the stable pass for the lad and all the racing tack.

When they arrive at the racecourse, Leigh will go and declare the horse as a runner and hand the colours over to the relevant jockey's valet.  The lad will be responsible for making sure the horse settles into the stable allocated for the day.

Once this has been done, and the stable secured by padlocking, they can go and find something to eat until it is time to start plaiting the horse up, which is usually about an hour and a half before the horse is due to run.

Once the horse has been plaited and groomed, the horse and lad will leave the stables and head to the pre-parade ring three quarters of an hour before its race time.

Kim, or Leigh, will collect the saddle from the weighing room to saddle the horse about twenty five minutes before it is due to run in the saddling area.

Owners usually come and watch whilst this is being done.

The horse is then led into the parade ring.  The jockeys then arrive in the parade ring and have a chat to Kim and the owners to confirm how the horse will be ridden during the race.   Kim will then  leg up the jockey and from there on it is out of his control.

Kim will watch the race with the owners in the Owners & Trainers area whilst Leigh and the lad/lass who looks after the horse watch the race anxiously near the exit where the horses come back in from the track.

If the horse wins its race, owners are generally invited by the racecourse for a glass of champagne in a special entertainment room.
After the race, the horse is taken back to the stables, washed down and checked for any cuts or injuries.

The owners often come back to the stable area and see their horse following its run, a good opportunity for them to spend some time up close and personal with their horse whilst it's at the racecourse.

He/she is then rested for an hour and a half before Leigh drives the horse home. 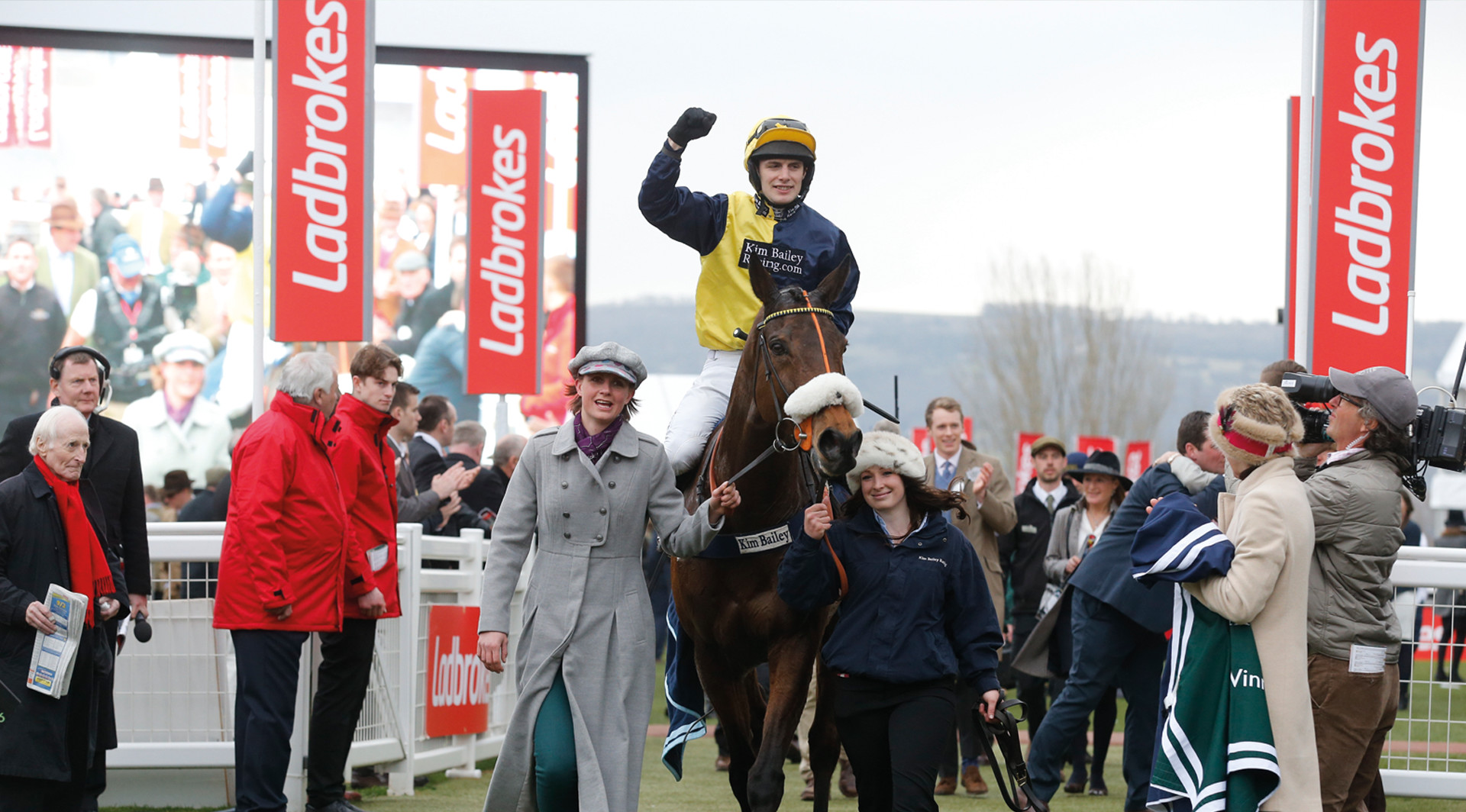 27th June 2022
27-06-2022 07:01:35 in General by Admin
Plus 11 and dry when driving in. I am back from 3 (abortive) days fishing on the Helmsdale…. We all have hobbies and one of mine is fishing. Yours hopefully is having horses in training (At Thorndale)!. Fishing, like racing, is all about being in the right place with the right conditions..Well my three days.. fun they certainly were, as I was with my best man Johnny R-K, but conditions w...