Yesterday did not go according to plan.

Aliandy never needs to see Uttoxeter again as he finds the start there too close to the stables and misbehaves. Rosmuc Relay mentally was not at the races, nor was What A Baloo at Warwick. Both courses were busy with crowds.

To cap the day I had a puncture in my 4x4 on the way home from Warwick.

Changing a wheel on the side of the road on my Toyota Amazon is just not an easy one.. especially on your own, and in the dark.

I was doing my best when David Bass called and said ‘was that you I saw on the side of the road’..

‘hope you are ok...  predictably Mat was on the phone in the passenger seat and we are 7 miles past you.'

Chester Williams and Stevie Broadhurst in the horsebox offered, but I told them the horse was more important and to carry on..

Then the preverbal angel appeared in the shape on local Miles Private Hire driver Roy Sheehan..

Roy stopped, asked if I was OK, and offered his portable pump.. saying that he would be back in 15 minutes as he had to pick up two ladies and drop them off..

He did reappear and helped.. my tyre was knackered so the pump did not work.. After a while, and much swearing, we managed to change the wheel..

Back on the road I was then off to pick up Mr B rather later than planned..

You have to believe that there are good people out there who help strangers and Roy Sheehan, who believes he is related to jockey Gavin, was a gem..

So if you live near Shipston On Stour And need a driver then Roy is you man.. Miles Private Hire.. What a good guy

David Bass, who was in this morning, rather sheepishly joked that Mat wondered if I would still be stranded on side of the road in the morning.....I am sure DB actually said hoped!!

We worked a few.

We have three runners today at two meeting.

Mrs B and I, via the Royal Box for brunch are heading to Cheltenham with Another Venture and Shinobi..Mat heads to Exeter with Bobhopeornohope.. For My thoughts on their chances please click here.

I hope you all survived the New Year Celebrations.. I must mention a belated well done to Guy Disney for being awarded his MBE..'Services to polar trekking, veterans charities and horse racing'.. Deserved.. The equine world was also well rewarded.

My neighbour knocked on my door at 2:30am this morning, can you believe that 2:30am!

Luckily for him, I was still up playing my Bagpipes. 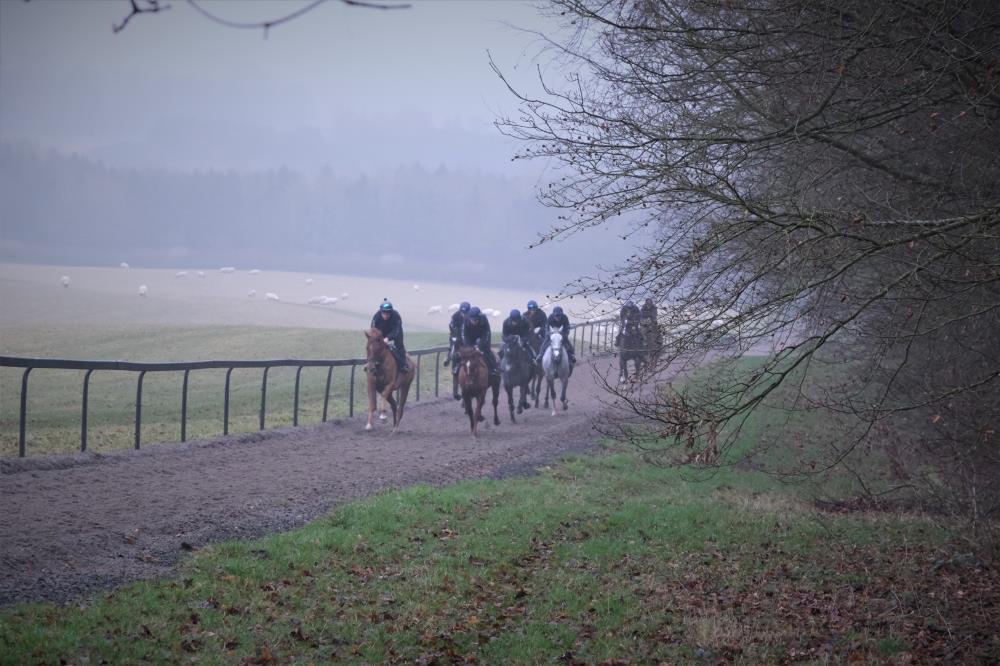 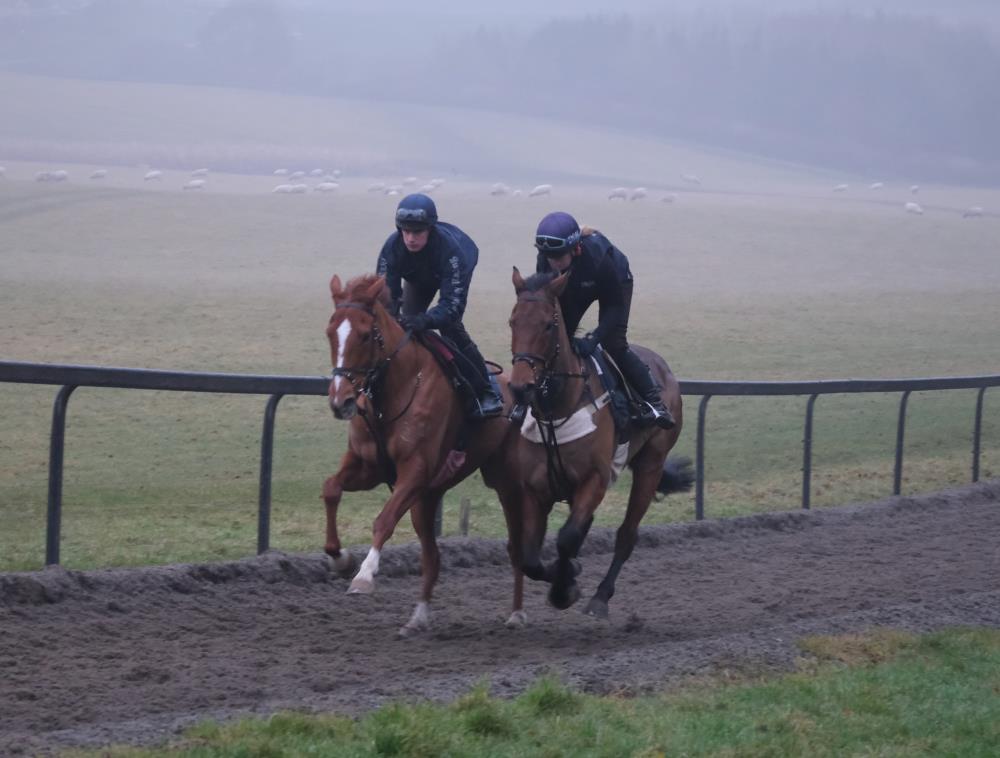 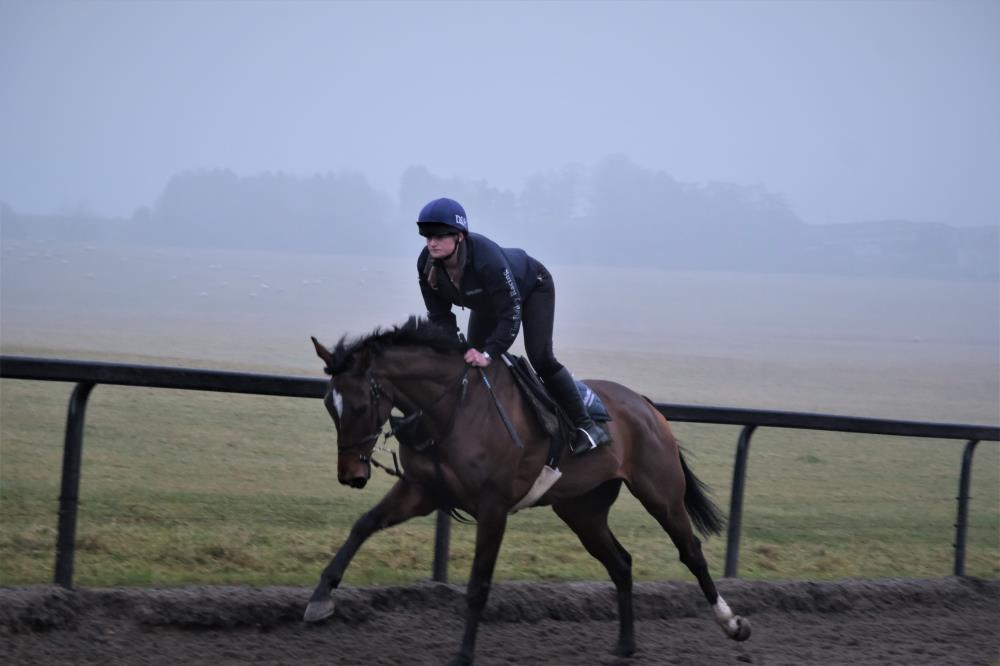 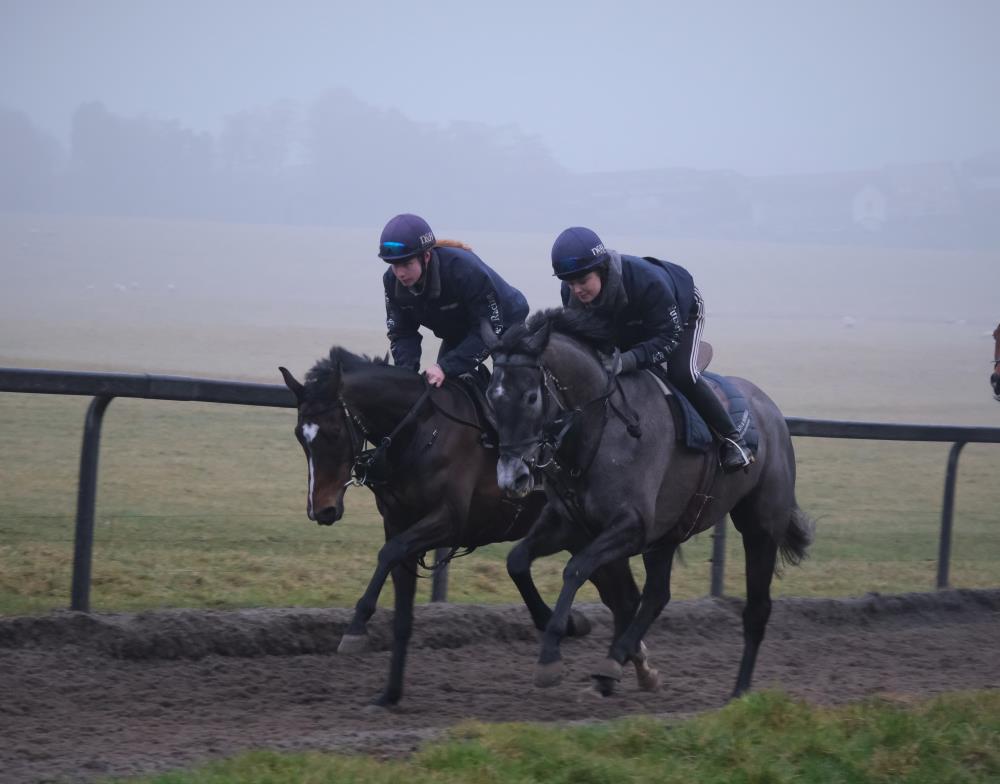 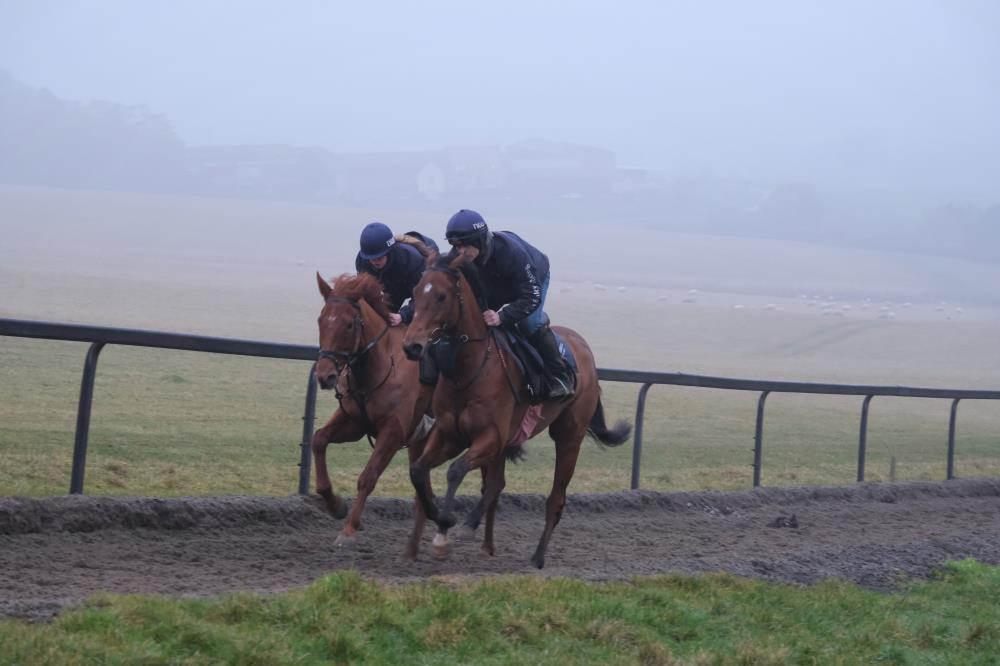 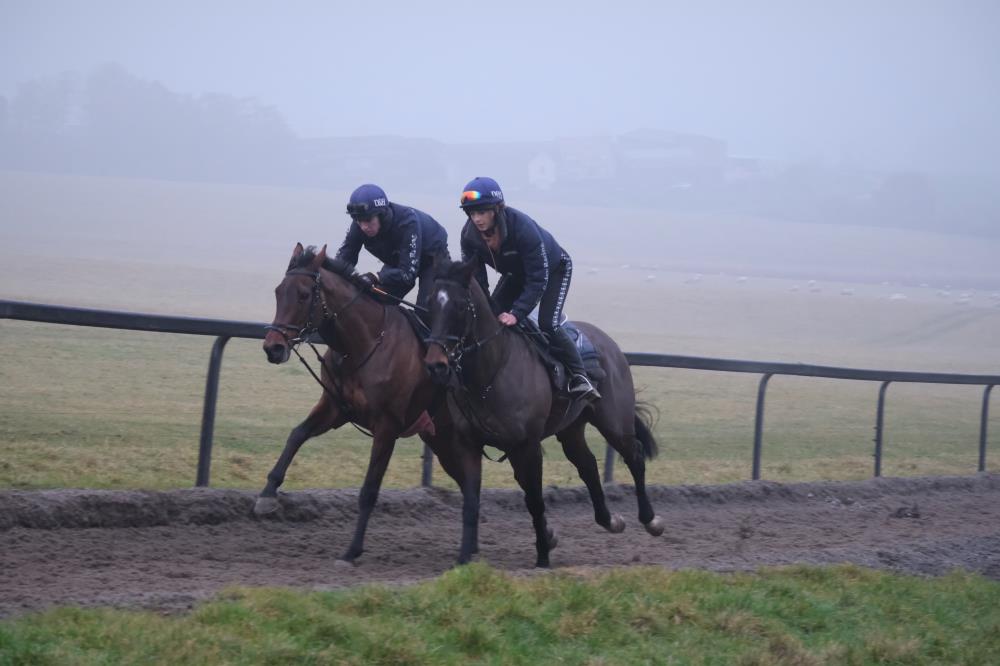 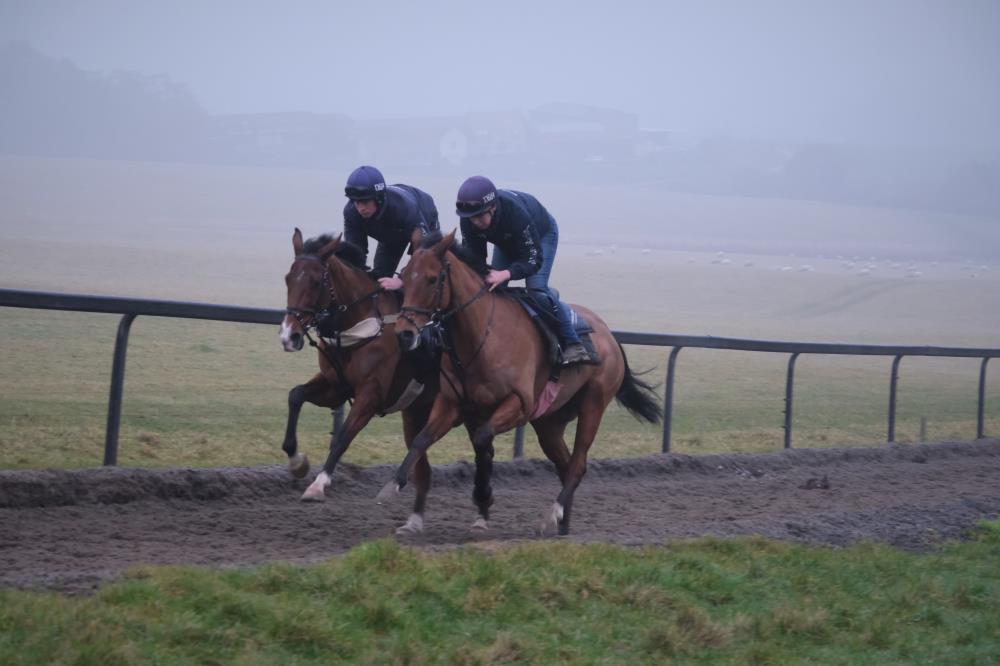 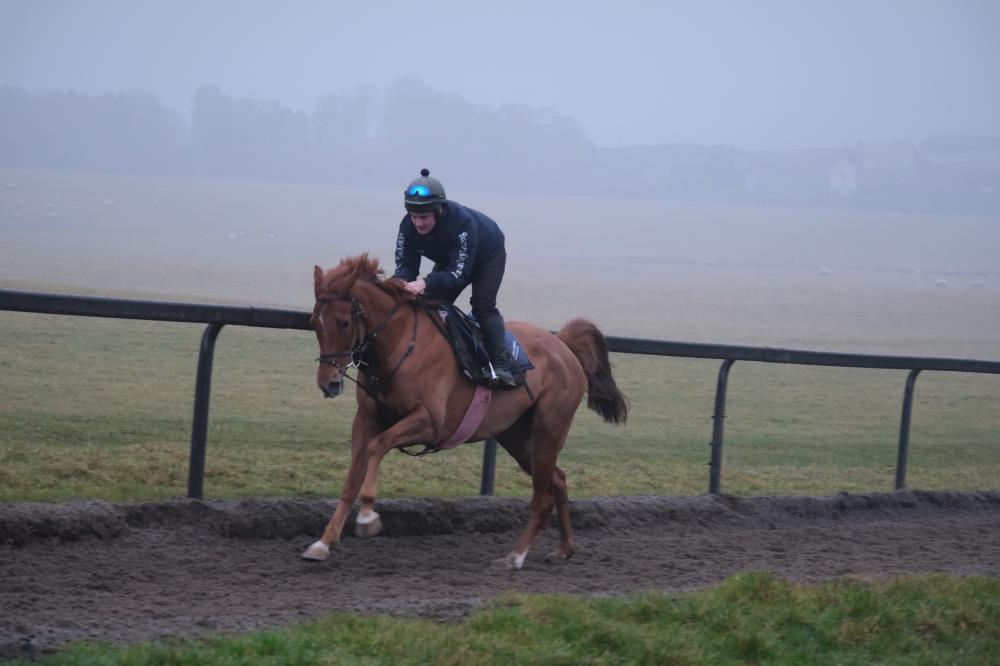 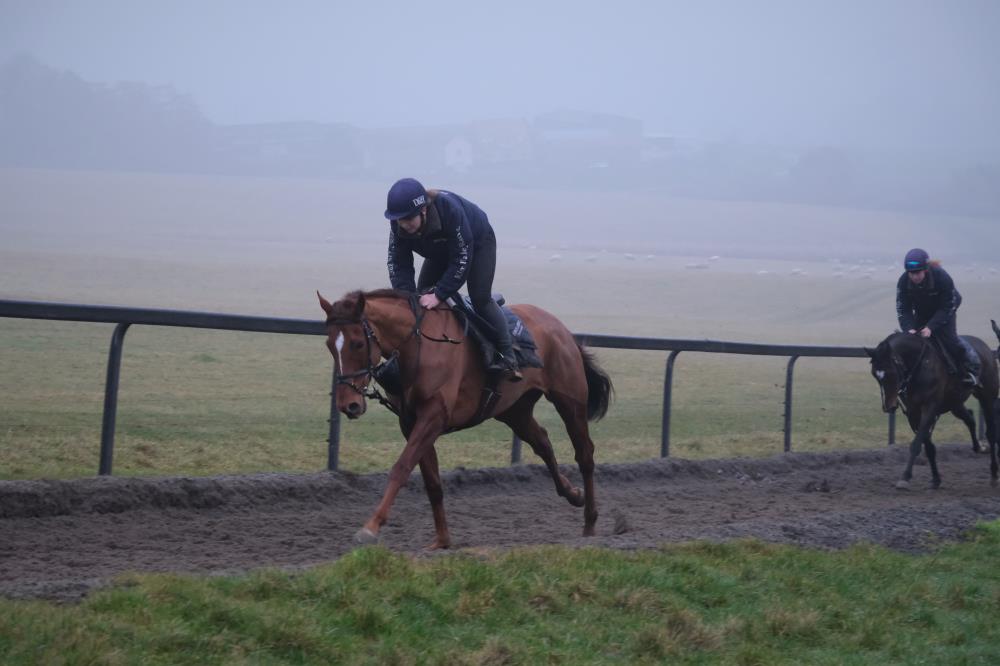 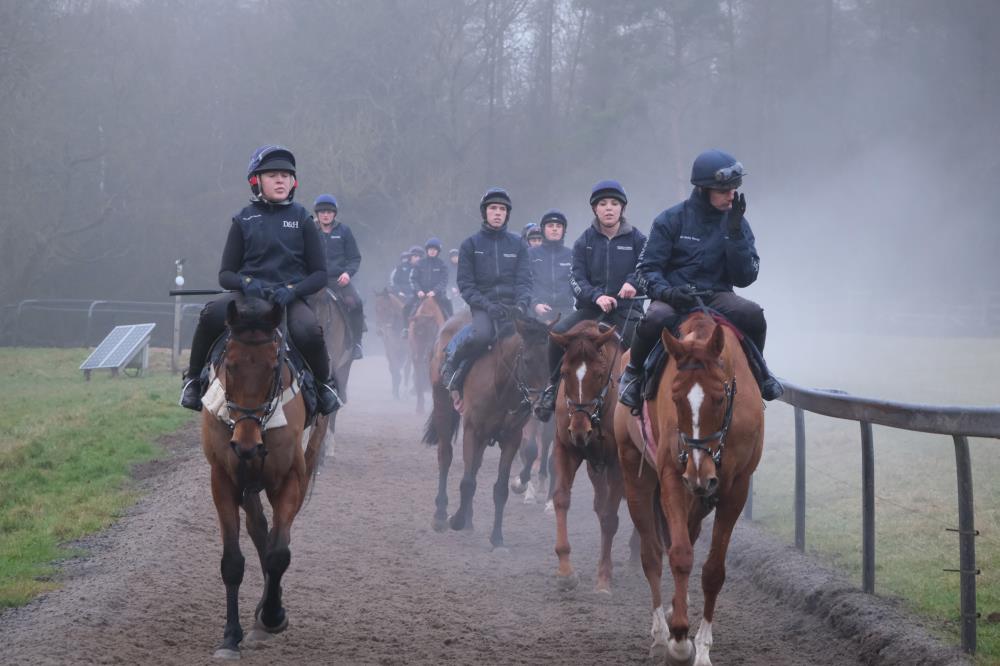 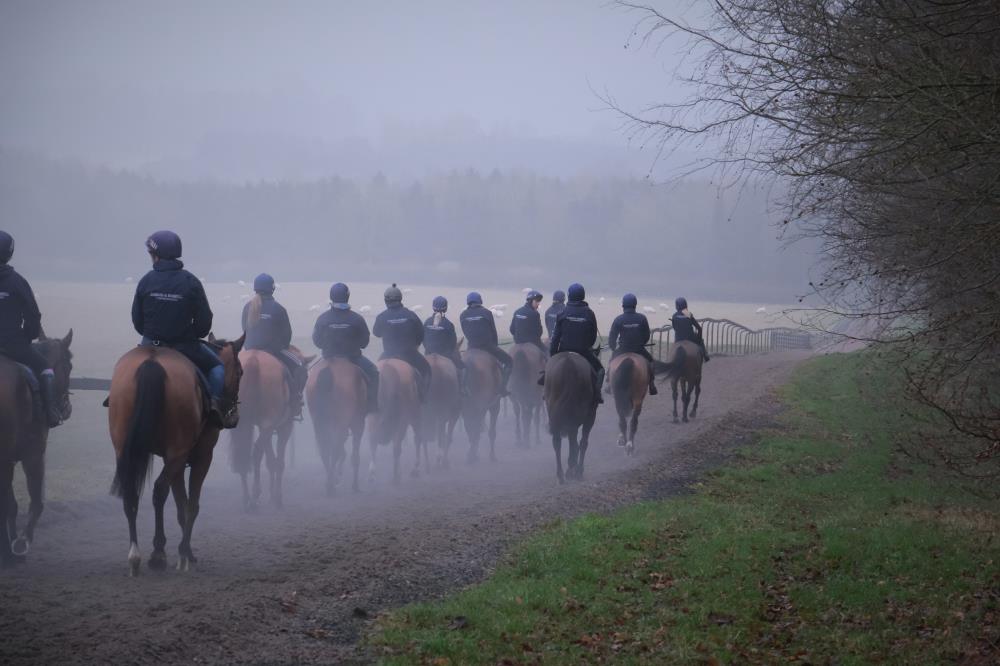