It was plus 4 and dry first thing this morning.

Flat Racing starts on June 1st and with that in mind we worked Rhosneigr and Blazon this morning..

It is all go. Racing in Ireland starts on June 8th.

By some luck my fishing rota on the Wye meant that one of my beats was in England, so I was able to spend a happy 4 hours standing in water trying to catch a salmon yesterday afternoon.. Obviously I failed to catch anything (it would have made BBC news if I had!) but I did not mind as it was wonderful to out fishing again..

I talked to David Bass on the way to the Wye.. David is worried that Nico De Boinville is talking about taking up the mantle of the KBRC spirit next week.. he has a photo of DB who I believe now looks more like Grigori Rasputin

Elizabeth Kellar has kindly taken up the mantle of the Kim Bailey Racing Community spirit..

How about this for a racing adventure?

We bought Lucky Luk as a 3 yr old at Doncaster Sales in 2003. He was in training with Kim until retiring at the age of 12. He did not show much in bumpers or hurdle races but came into his own when he went chasing after a soft palate operation - 5 wins, 4 places, the three mile record at Towcester which is still his.

Lucky Luk had reached the age of 10 and there seemed to be no suitable races for him. He had his quirks - very good jumper, slow, needed good summer ground to rattle along on, plenty of stamina, hated cold wet winters, blossomed with warm sun on his back - so where to run him?

After discussion with Kim we decided to dare enter him for the world famous Velka Pardubika first run at the course 80 miles east of Prague in the Czech Republic in 1874 in the days of the Austro-Hungarian Hapsburg Empire.

We tentatively went through the various declaration and qualifying stages while at the same time learning a bit about the course and obstacles. The course is over turf and plough for 4 miles 506 yards with some fearsome obstacles. Fences like the Canal Turn, Irish bank, in and out road, post and rail seemed somewhat trivial beside  two particularly awesome fences - the Taxis and the big water jump.

The Taxis is HUGE!! It is the fourth fence, jumped once during the race and never in any other race at this course. The hedge is about 5ft high and wide. The ditch is 3ft deep and 14 ft wide (it used to be 6.5 ft deep with a vertical edge and 16.5 ft wide). Truly awesome. The big water jump has no take off board and is just over 13 ft wide.

Lucky Luk practised around the cross country fences at Thorndale with the big water jump  simulated by a piece of blue plastic stretched out flat out in a field. He took well to the different types of fences.  Jumping was always his forte - he never fell in 28 chases  but lack of speed saw his rating stay fairly constant at around 112.

With practising under Jason Maguire done, Kim, Mat, owners and friends arrived at the course on race day in a state of anticipation and trepidation. Lucky Luk had arrived after a two day overland journey a couple of days before to give him time to acclimatize. He was allowed some practice but only once over the Irish  bank and not at all over the Taxis. He had never been over an Irish bank as there are none available to practice over in England.

The Czech organisers were very friendly and helpful. It was obvious that they really know and love their horses.

The Communist regime in Czechoslovakia fell in 1989 but the results of that time of deprivation could be seen in the dilapidated state of some buildings in the town and also at the racecourse. This mattered not a jot - the Czechs did the very best they could in what were still for them somewhat straitened circumstances.

The course, which is flat, stretched out from the stands with a very good view for spectators apart from a few jumps in a wood. In the distance the notorious Semtex factory was visible. We walked the course and saw close at hand how formidable a jump  the Taxis is and the great variety of the other fences. A very  tall order for Lucky Luk and Jason. As the big race there is always the last one of the day, we had a long, anxious wait - not much lunch eaten!

So to the parade ring. There were 26 runners all fired up and ready to run including Tiumen the winner of the previous two  runnings of the race. His jockey was 57 year old Josef Vana. Vana is an absolute legend - has ridden the winner of the Velka Pardubica 8 times and trained 11 winners of the race. In 1997 his mount fell at Baden- Baden racecourse in Germany. His comment, ' I was clinically dead for 15 minutes, and lost 3/4 of one lung and some ribs'. 12 years later he is riding again in the most fearsome steeplechase in the world. What a tough and amazing man!

The horses went out onto the course, jumped a practice fence and cantered down to the start. The starter was conveyed to the start  in a horse drawn coach just as they did in the Hapsburg era. Then they were off!

Two normal chase fences first, then the small water jump followed by the Taxis. Heart in mouth time!! The Taxis is in front of the stands but at 180 degrees to them so that all you see is the back view of the field galloping towards it. Jason had Lucky Luk on the left side approaching the fence. All were going a good gallop. Lucky Luk took off, there was a split second when you could not see which horses had cleared the ditch successfully. Hurray! He was still there galloping on towards the Irish bank.

He was a bit hesitant over the bank but Jason kept him going. Then off towards the Canal Turn, through the woods and on to the road in-an- out with Lucky Luk doing his usual thing early in a race of working hard towards the back of the field.

By half distance the field was stretched out a bit  with Lucky Luk beginning to  move up the field following the twists and turns of the course. The next fence was a small drop fence with a 90 degree left hand turn immediately after it. Lucky Luk negotiated the fence safely and turned sharply left following the course but Jason kept straight on leaving Lucky Luk riderless! Oops!

What might have been! Half way around the course with only one of the remaining obstacles looking tricky for him - the big water jump. But horse and jockey returned safe and sound  much to our relief.

Lucky Luk had successfully jumped the most famous, largest and notorious fence in the world.

Josef Vana went on to win the race for the third time in a row on Tiumen and was given the most amazing reception by the huge crowd.

Having the biggest race of the day as the last race on the card is an interesting idea. It gave time for a relaxed celebration for all participants. Jockeys and trainers did not need to rush off to prepare for an immediately following race. The crowd stayed cheering for quite some time around the parade ring. All the jockeys were feted and photographed - not just the placed ones.

A most memorable adventure - thanks to Lucky Luk, Kim, Mat, Jason and the Team.

Thanks Elizabeth.. I will never forget that day.. and Jason's rather pathetic excuse .. The saddle slipped!! ...No his toe slipped out of the stirrup.

To watch the 2009 Velka Pardubicka that Lucky Luk ran in click here..

Have a great weekend and we will see you on Monday.. 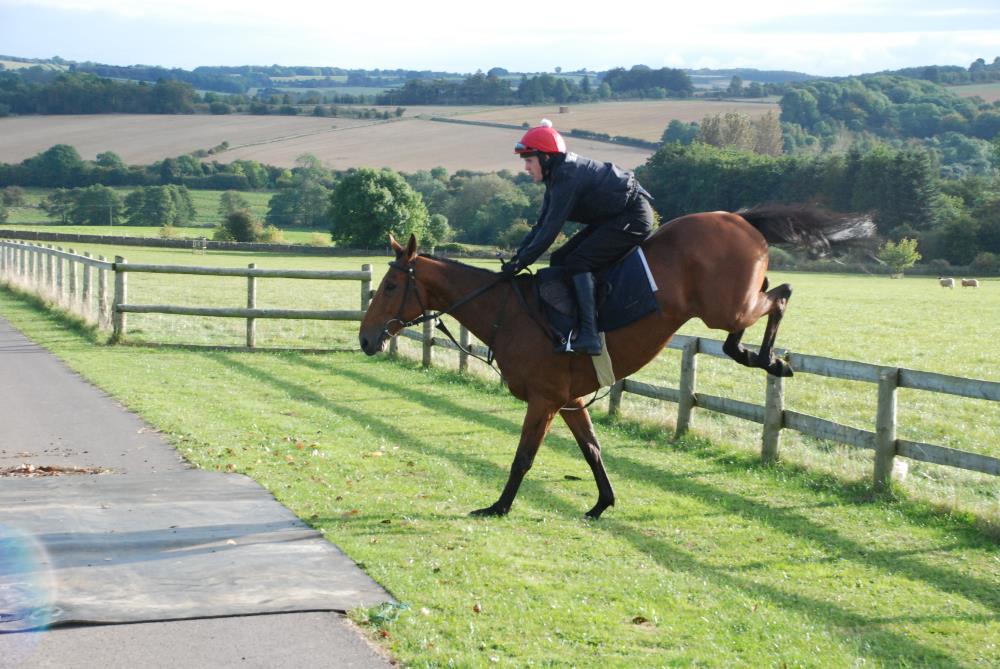 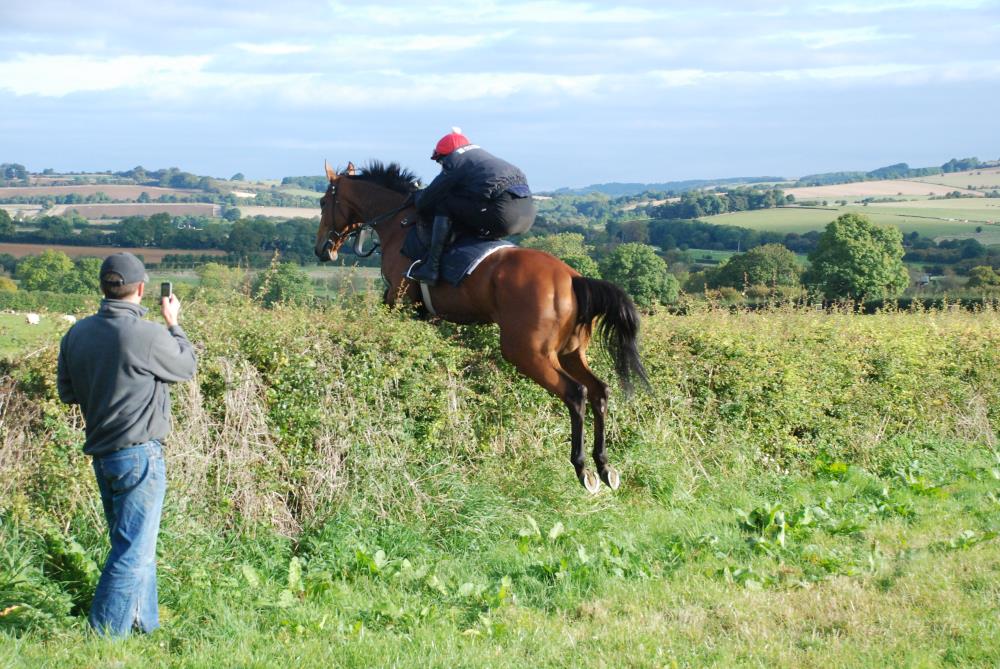 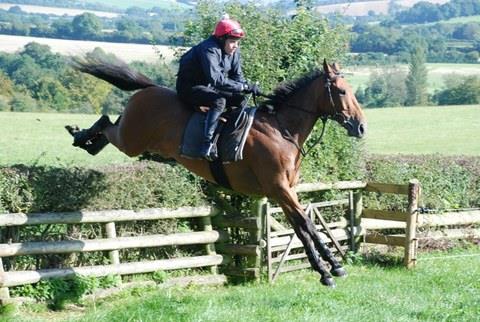 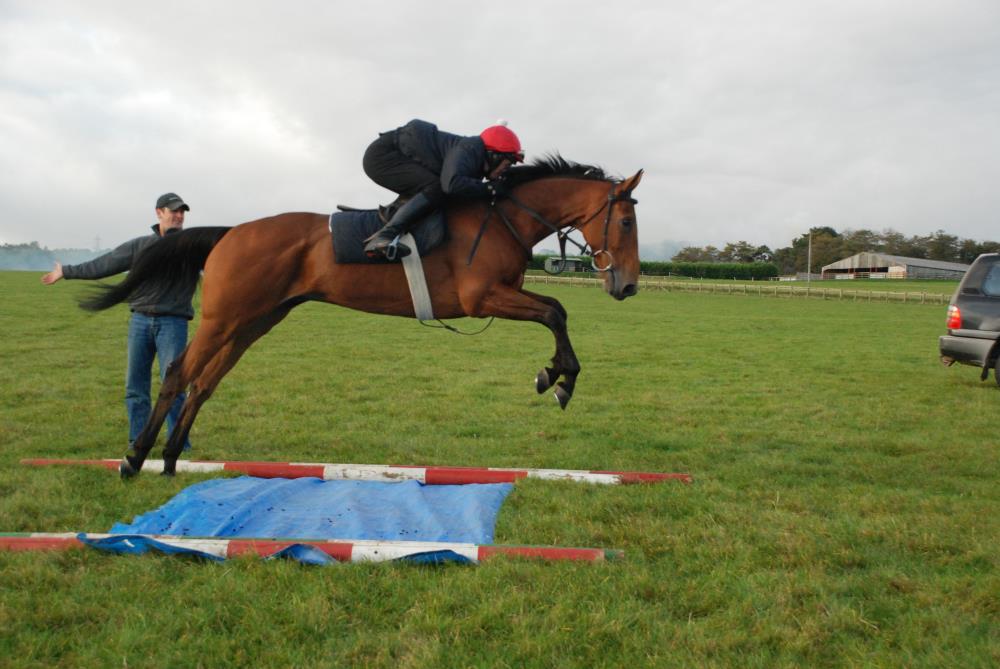 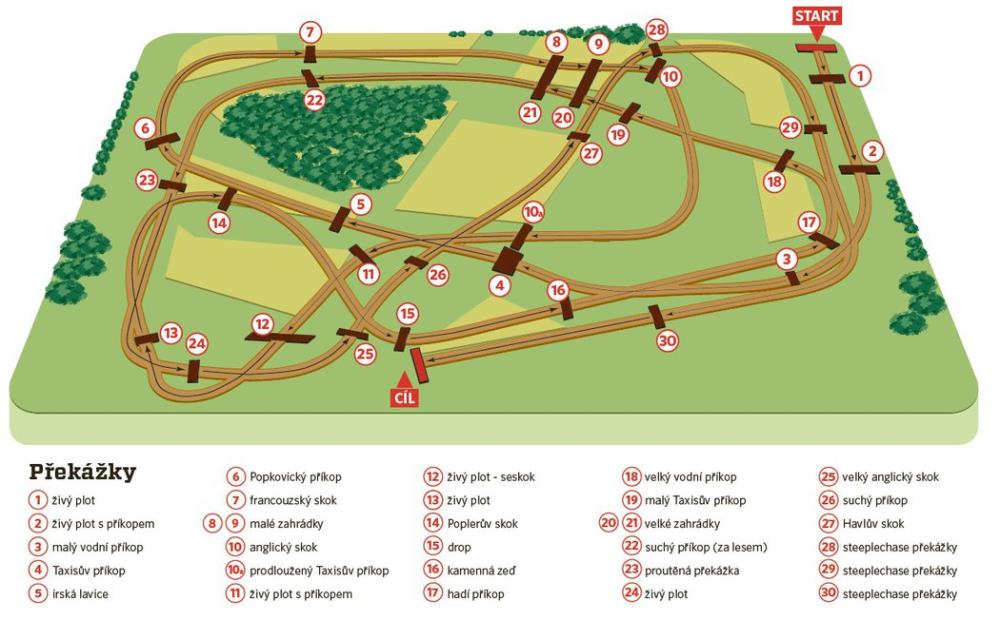 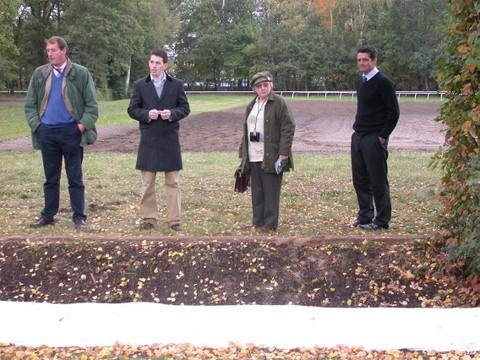 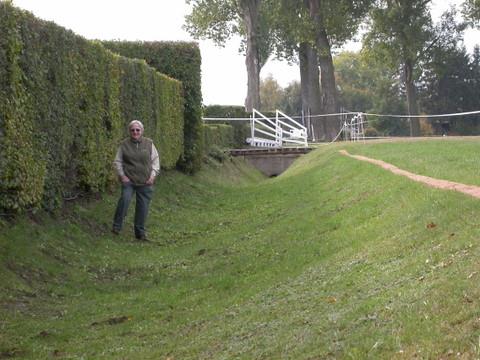 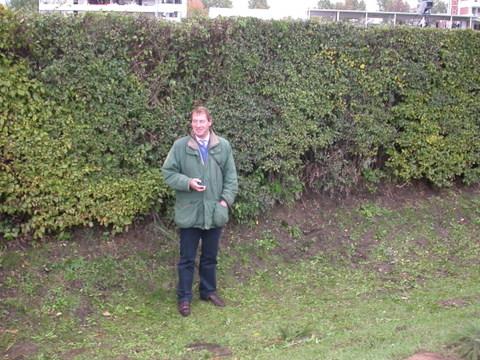 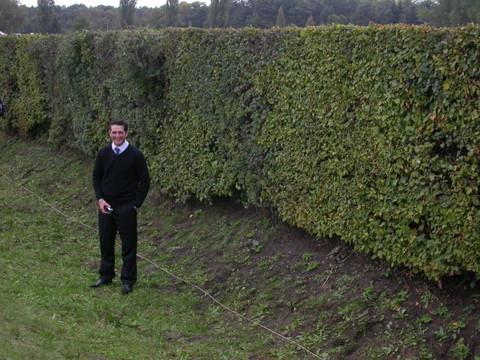 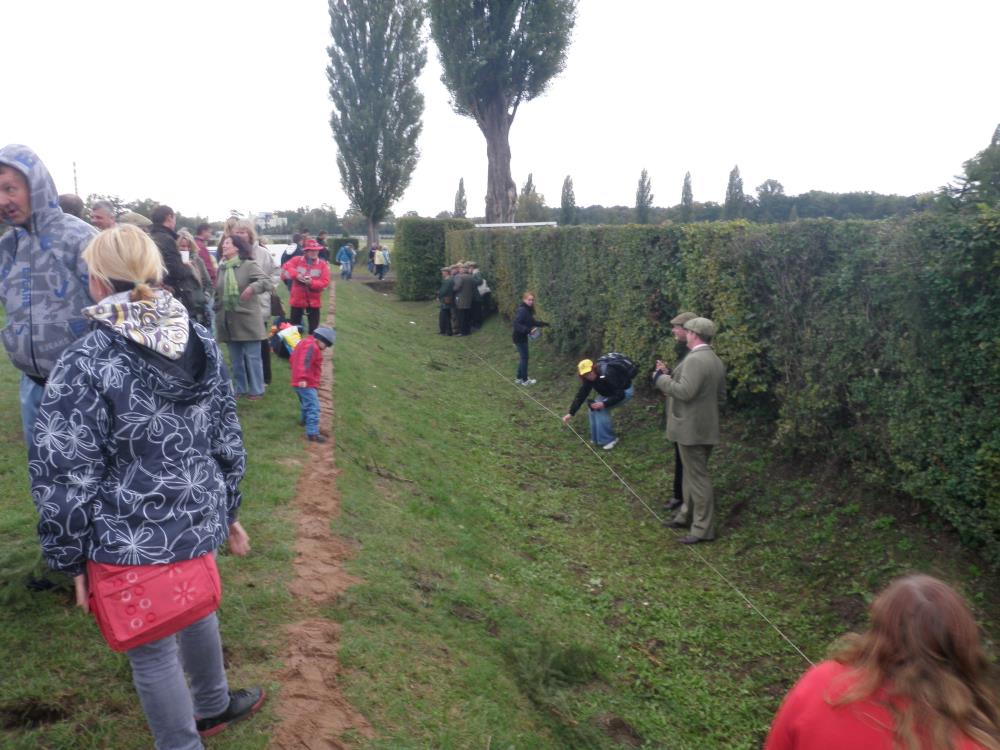 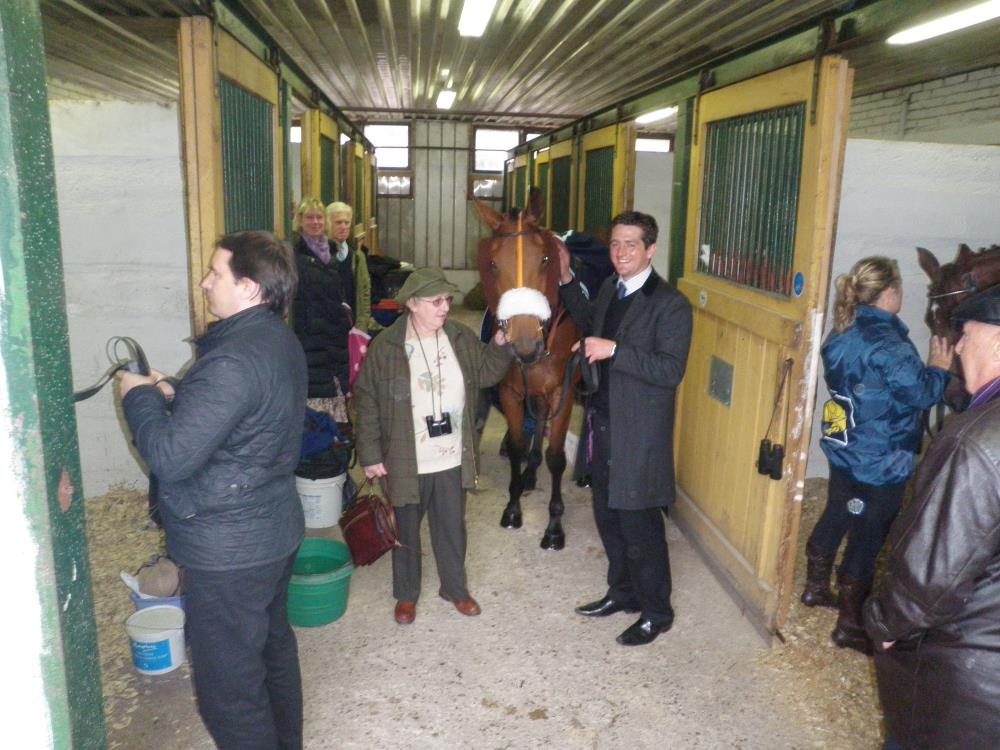 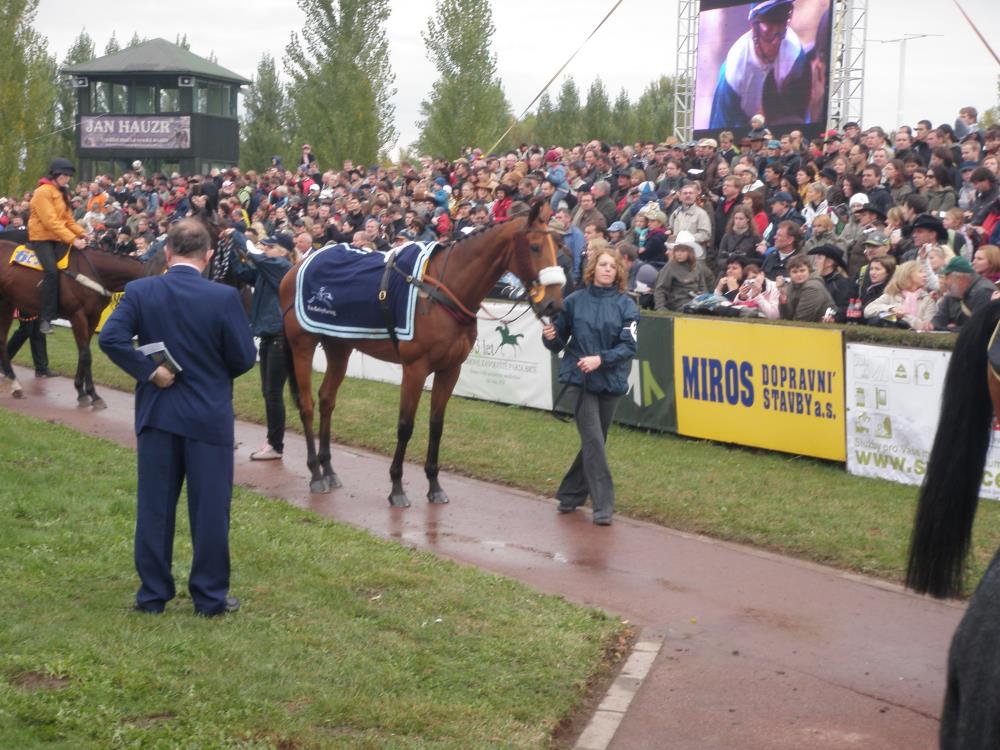 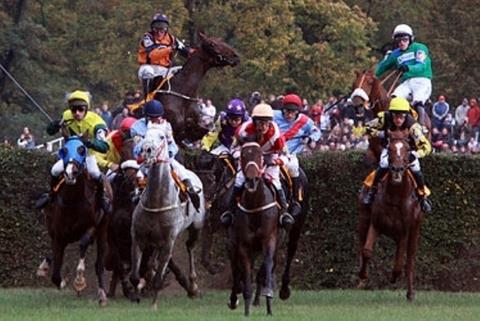 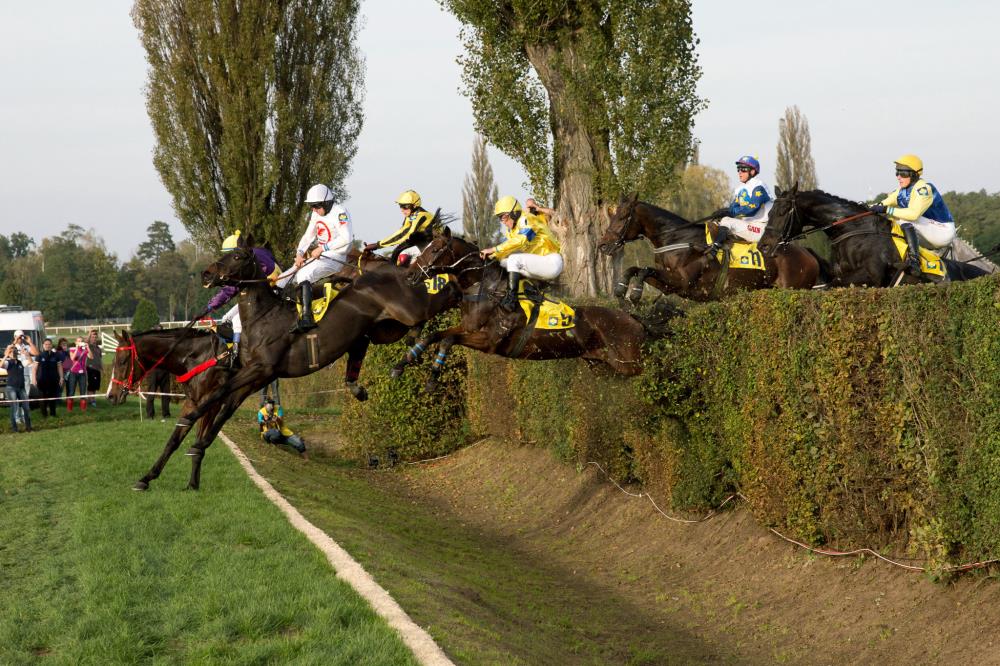 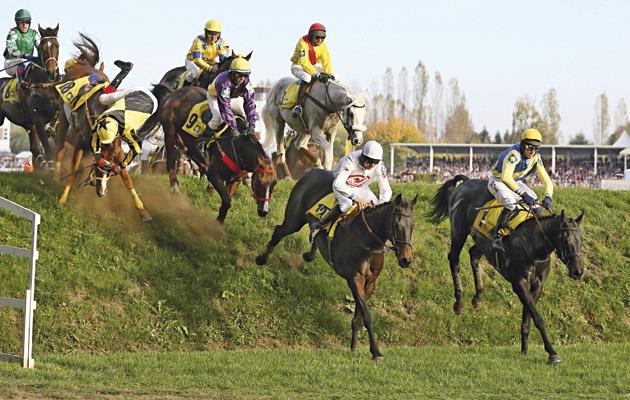 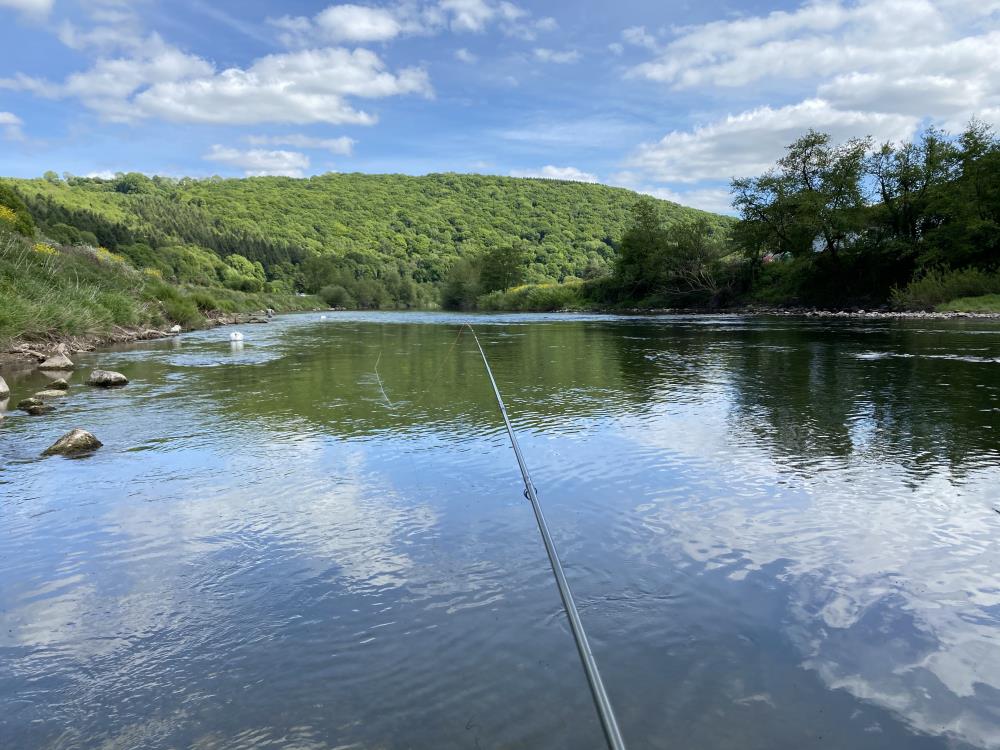 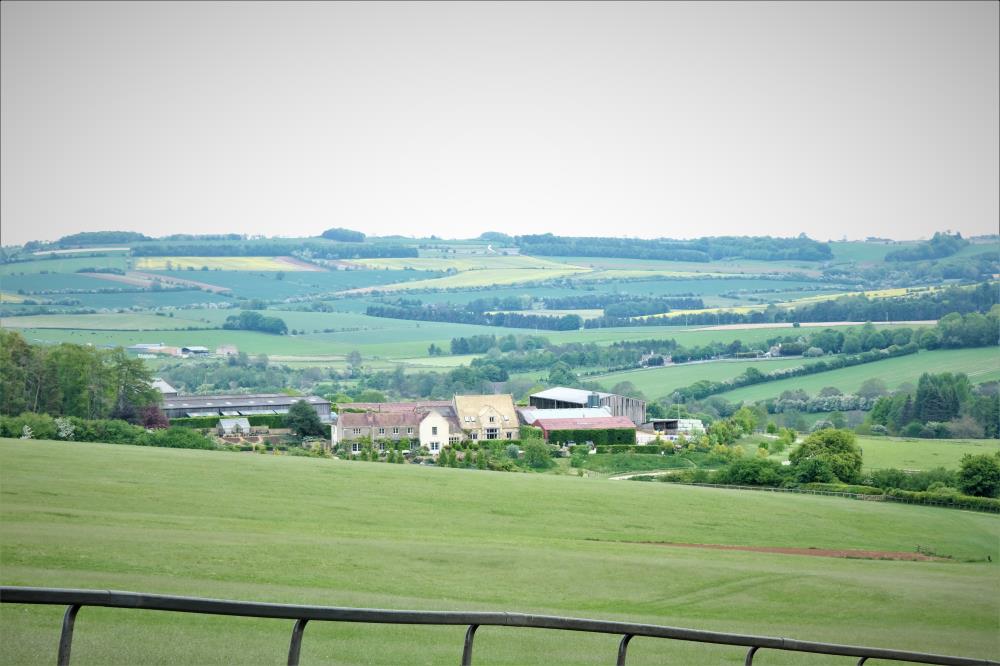 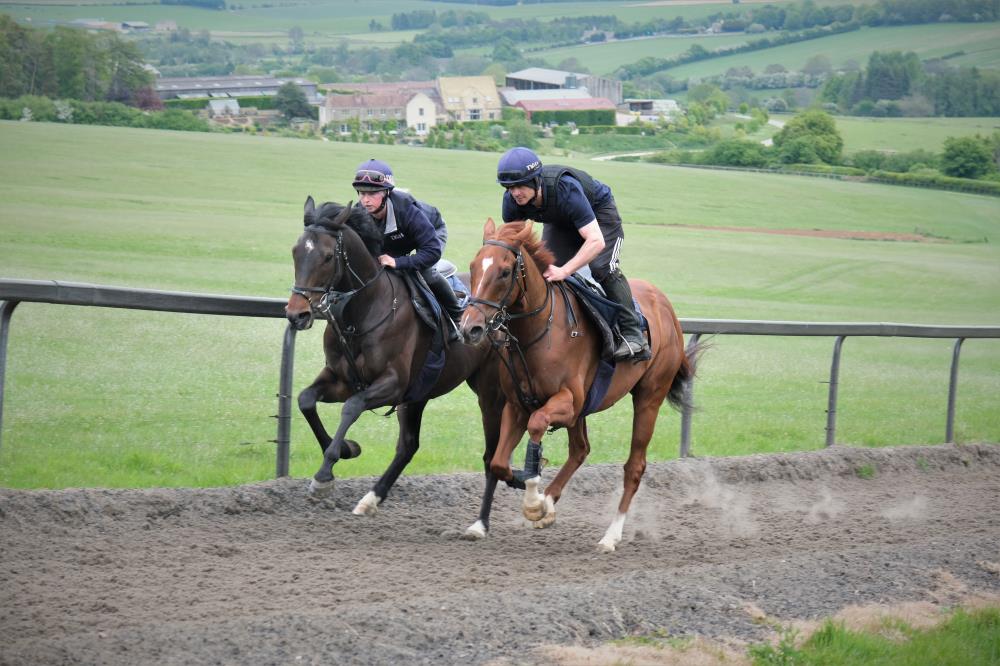 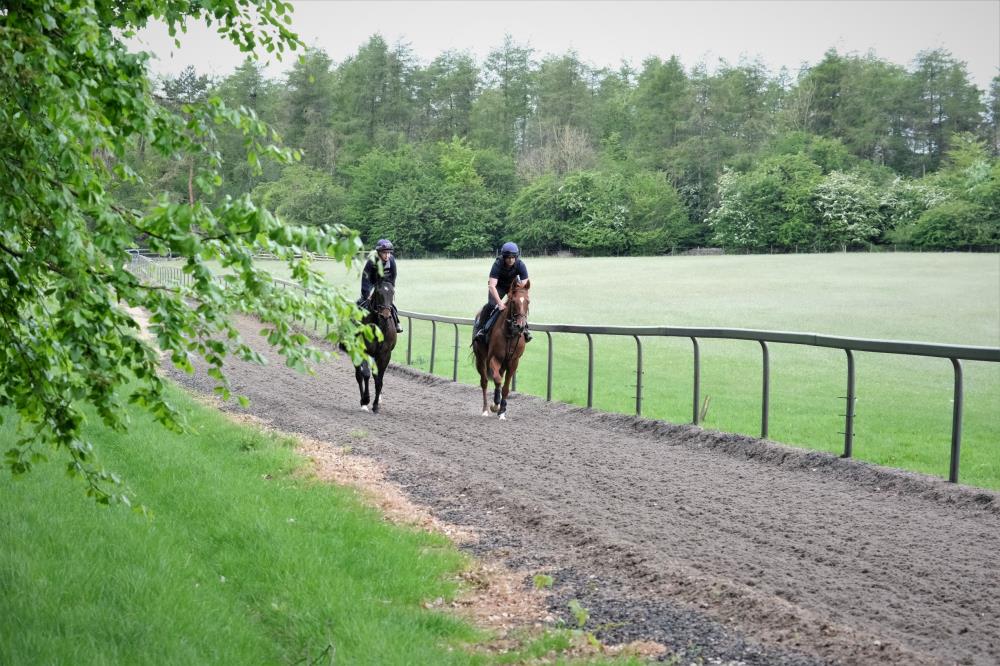 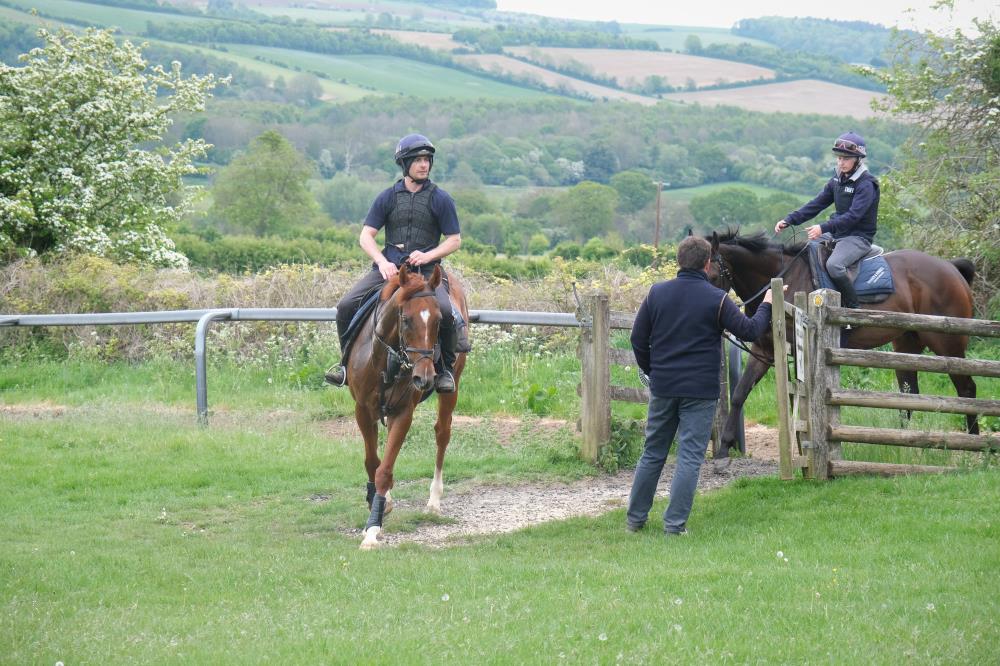