Liam Higgins or as he is affectional known as ‘Higgs’ has retired.

Higgs was by far my longest surviving member of staff and what a career he has had.

Higgs first arrived in the UK when he started working for me when I was based in East Ilsley.. I was then training about 16 horses and Higgs was my head lad. Previously Higgs  had spent his time working for the legendary PP Hogan and used to ride some of his point-to-pointers.

His arrival was a huge bonus for me as he was an excellent rider and a very good judge of how the horses were going.. He was the first to know if a horse had any ability and was usually proven right.. Often I would say that I thought this to be a good horse and he would just look and me and say Noo.. and that remark would never be forgotten, years later he would say ‘told you so.’

I recall the arrival of a very small horse by Roscoe Blake and while he was breaking him in he said that he thought this horse would be a star.. I thought he would be too small but oh not Higgs said that he had the heart of a lion and mind you he would be good.. How right he was as that horse was then named Docklands Express..

Higgs loved breaking horses in and the time he took and the patience was unbelievable.. Higgs would lunge and then take his youngsters for a long walk around East Ilsley and the surrounding area.. Long reigning the horses was something that he loved.. Perhaps it gave him a chance to chat up the locals on his way!.. ‘Time and patience matey’ was his motto..

The arrival of an ex flat horse from Mark Smyly was the one horse who changed his life… Drumstick or as he was known ‘Drummy’ arrived and this tough little chestnut horse and Higgs became one.. They had a special understanding there was an ‘o’ in the name when Higgs talked about him.

When I moved to Lambourn having outgrown the small yard in East Ilsley Higgs ask to step down as head lad as he felt he could not cope with the pressure.. Higgs took a break from working for me and went west to Wales and spent 18 months with Jimmy Neville..He soon missed the life in Lambourn and was back..Higgs was the backbone of the yard and everybody knew Higgs.. His stories were legendary and his memory of the horses was something else..

He would so often catch me for a minute and say you remember so and so.. ‘he was never any good.’. I often wonder whether he was talking about a member of staff or one of my horses.. Yes he knew them all and also had his opinion on them.. David Black, Des Flavin and Tom Lacey were three most talked about.. David was number one although Des came a close second and Tom, well I am sure he knows too where he stood with Higgs….

Every new lad who arrived in the yard was first looked after by Higgs.. He took them aside and showed them the ropes but every one of them had to listen and learn the story of Drumstick.. Drummy was drummed into every member of staffs lives..

From East Ilsley to Lambourn, Lambourn to Preston Capes and from Preston Capes to Thorndale.. Higgs was with me through every move..In 2007 I nominated him for the Godolphin Stable awards.. He finished runner up in the Special Merit/Hero section..

We shall miss Higgs and will miss his knowledge.. A man who knew every horse and every person who worked with him.. A very special and very kind person who deserves a long and very happy retirement..Higgs is now back in Ireland living with his sitster Mary and helping out with the farming..

We have a runner today Newton Abbot.. Alnitak heads there and for my thoughts on his chances please click here. 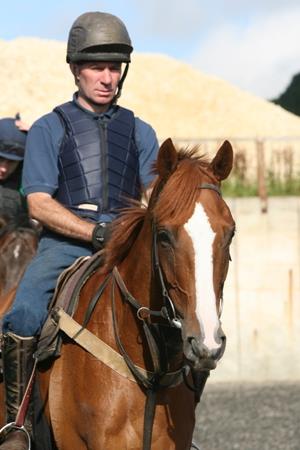 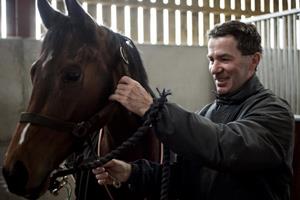 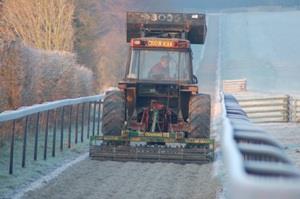 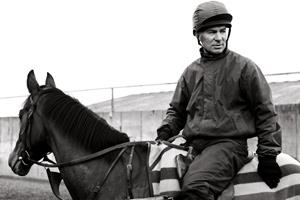 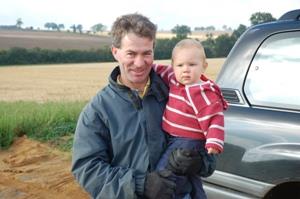 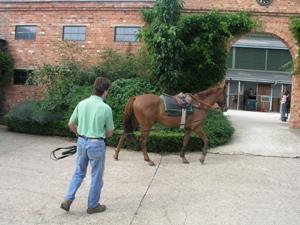 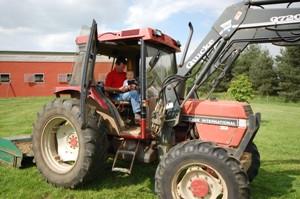