Plus 14 and damp when driving in. A further 20mm of rain since this time yesterday

I was delighted with Diamond Gait's run yesterday at Stratford. On the whole she jumped well and finished 4th which on the face of it was where she should have finished. On that form I would say.. 'if only there was a Mares novice chase about to aim her for?'

That was my first days racing since the last day of the Cheltenham Festival. It all felt rather strange.. Firstly it was the first time that a tie was pulled round my neck and the secondly it time to ditch the jeans and look more respectable

Arriving at the course I had my temperature checked and asked a few questions and then a wristband was added to my arm, having passed my exam....

Two Owners per horse were allowed to attend so it was not exactly empty, and of course there was live commentary so if you closed your eyes you probably would not know much had changed. But.. Only trainer and jockey allowed in the paddock..

DG’s owner Norman Carter and his guest Peter Kerr were penned into the area behind the winners enclosure and were not allowed anywhere else.. At least Norman could see his mare run and also was able to talk to his jockey David Bass after..

All in all it was far better experience than I had expected and the team at Stratford did their best to make our stay enjoyable.. it will and can only improve as we go along.

My face mask was uncomfortable.. my nose making the elastic behind my ears tug a bit too much, so thankfully it was not on for long.

The first day of the Test was a damp quid.. after all this wait and the bloody weather buggers it up!

Helen and Ian Foster called in to see Helen's son Oliver Puffett out on the gallops.

Kids were asked questions about the old and new testaments. The following and last 4 statements about the bible were written by children. They have not been retouched or corrected. incorrect spelling has been left in.

The people who followed the lord were called the 12 decibels.

The epistels were the wives of the apostles.

One of the oppossums was St. Matthew who was also a taximan.

Christians have only one spouse. This is called monotony. 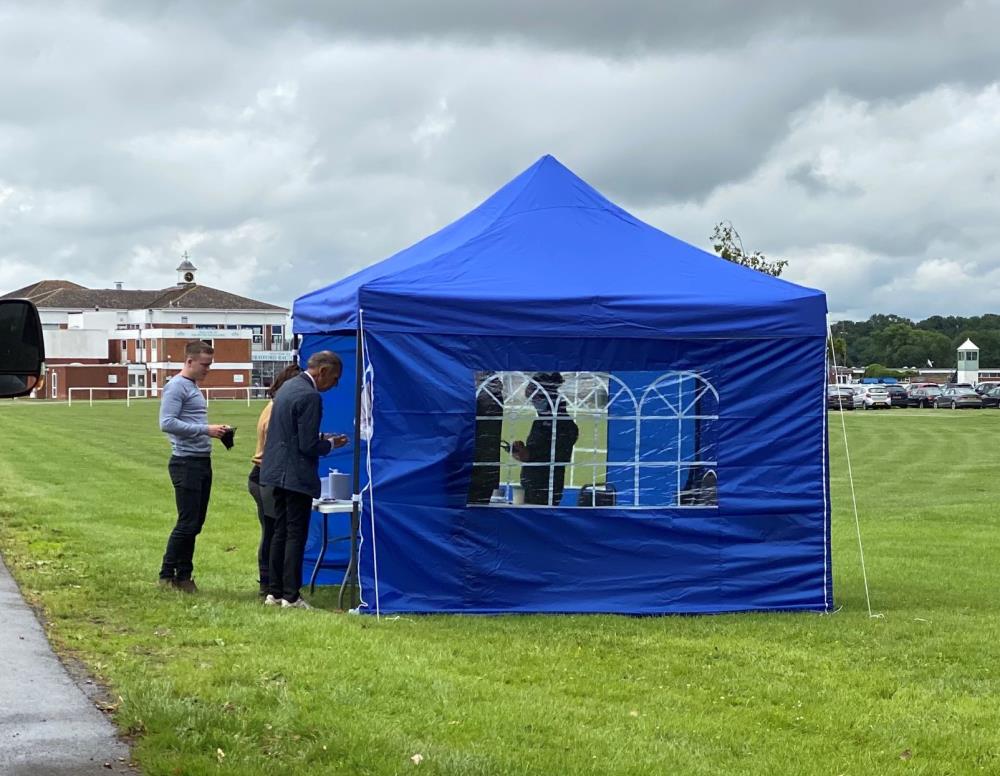 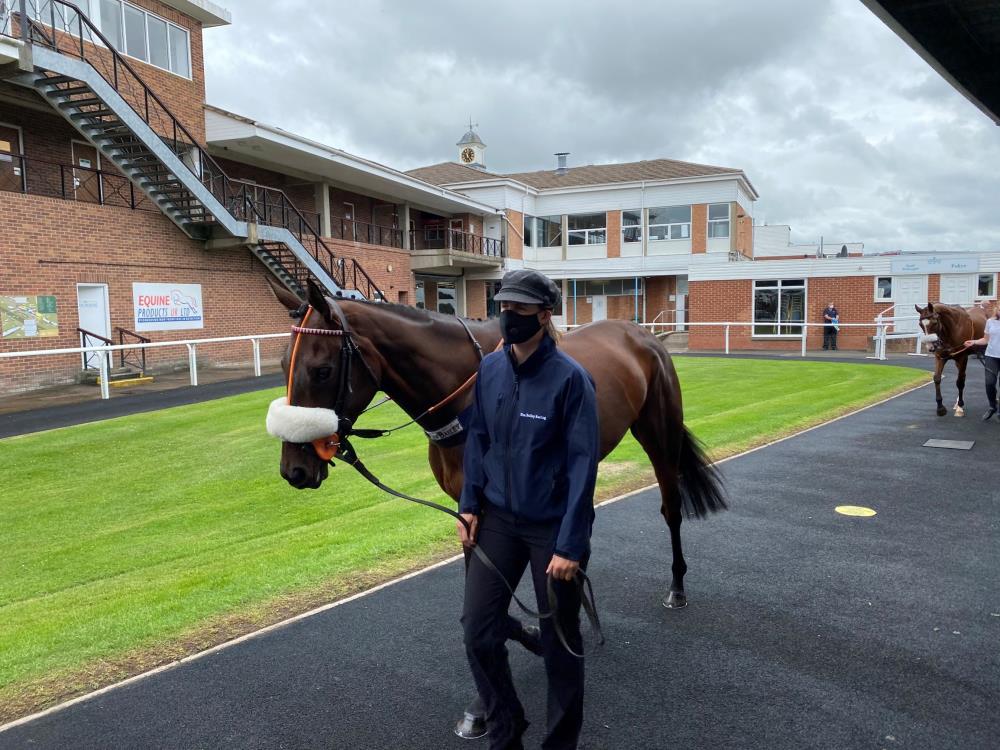 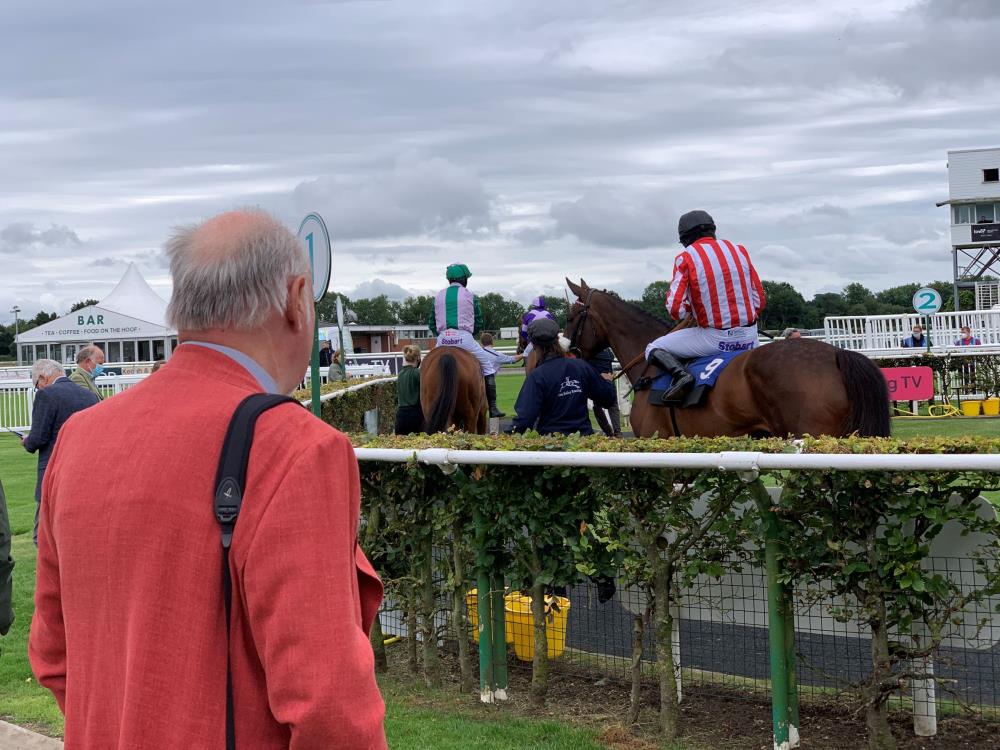 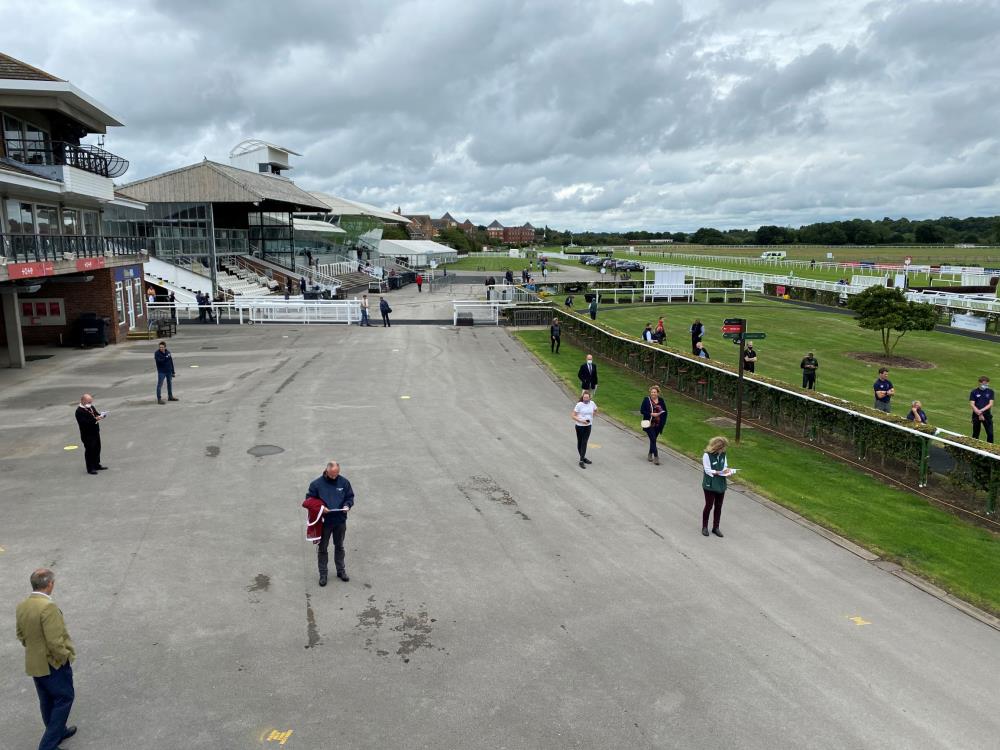 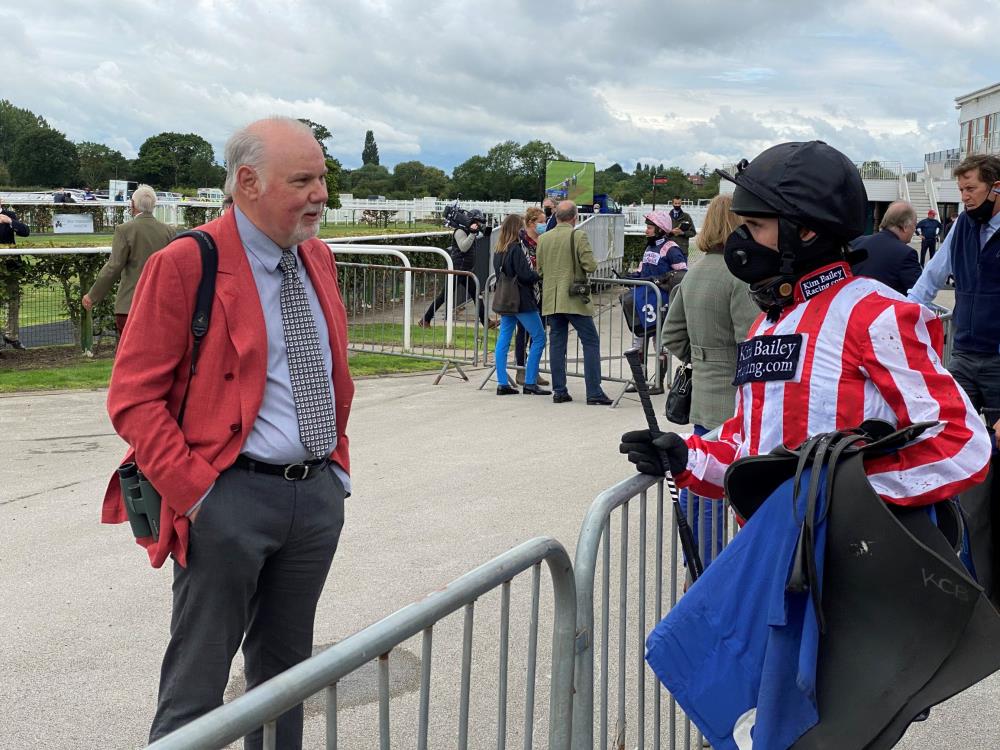 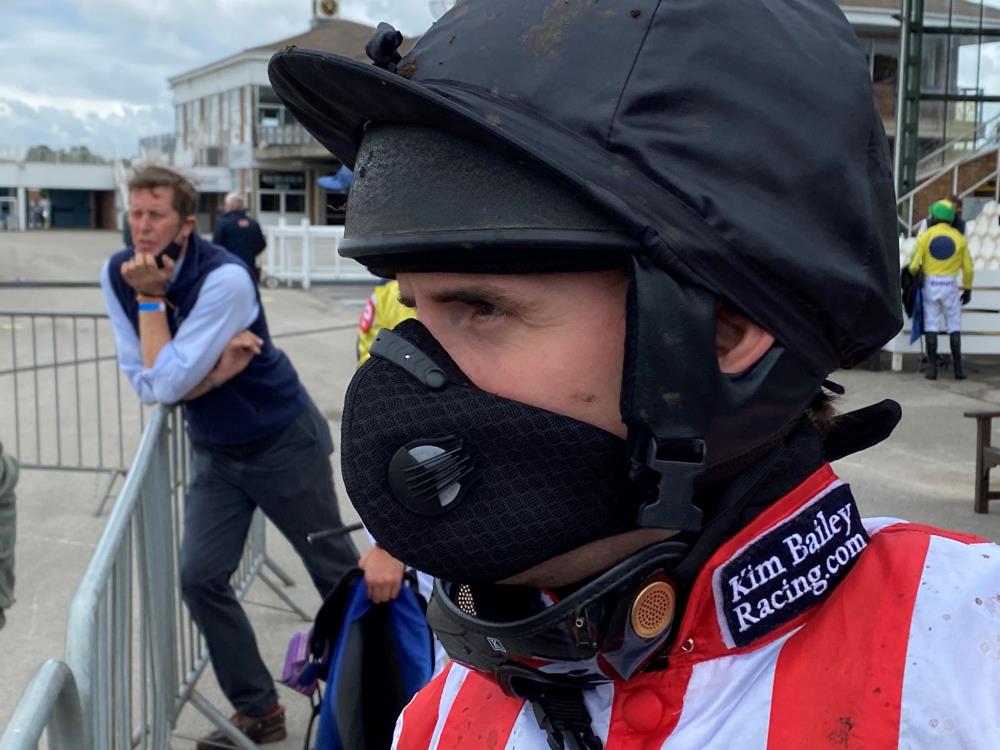 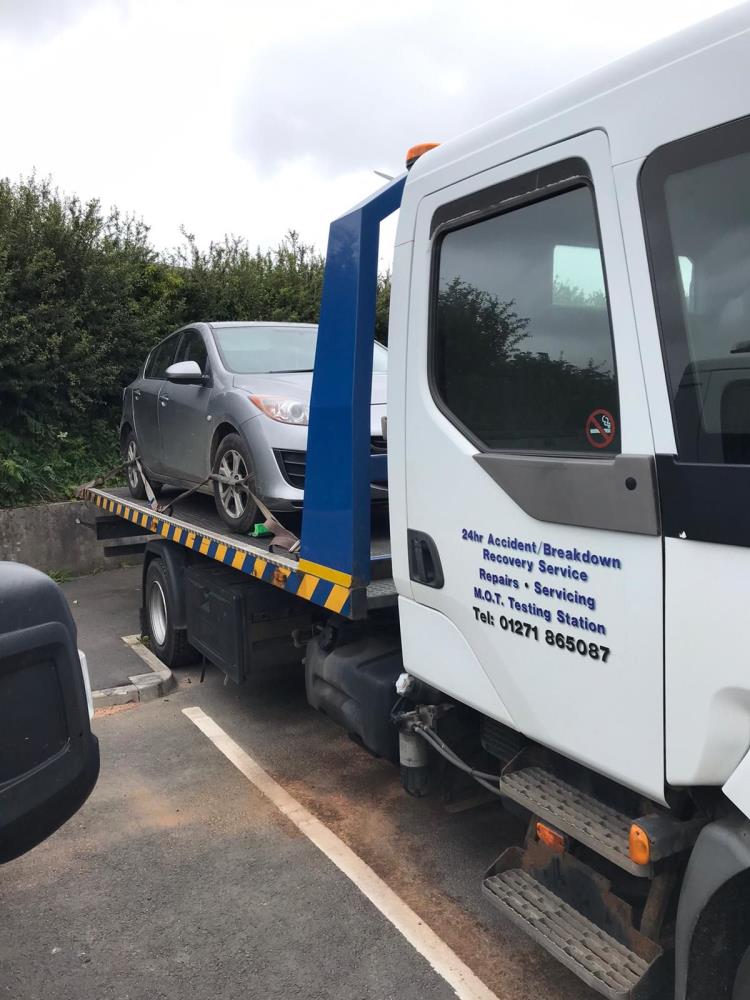 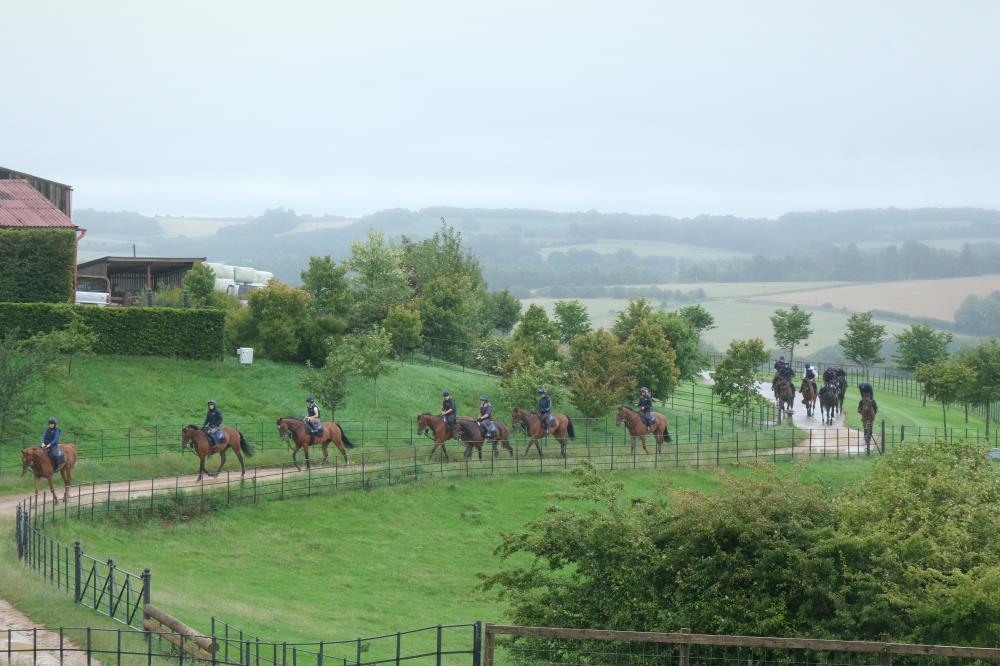 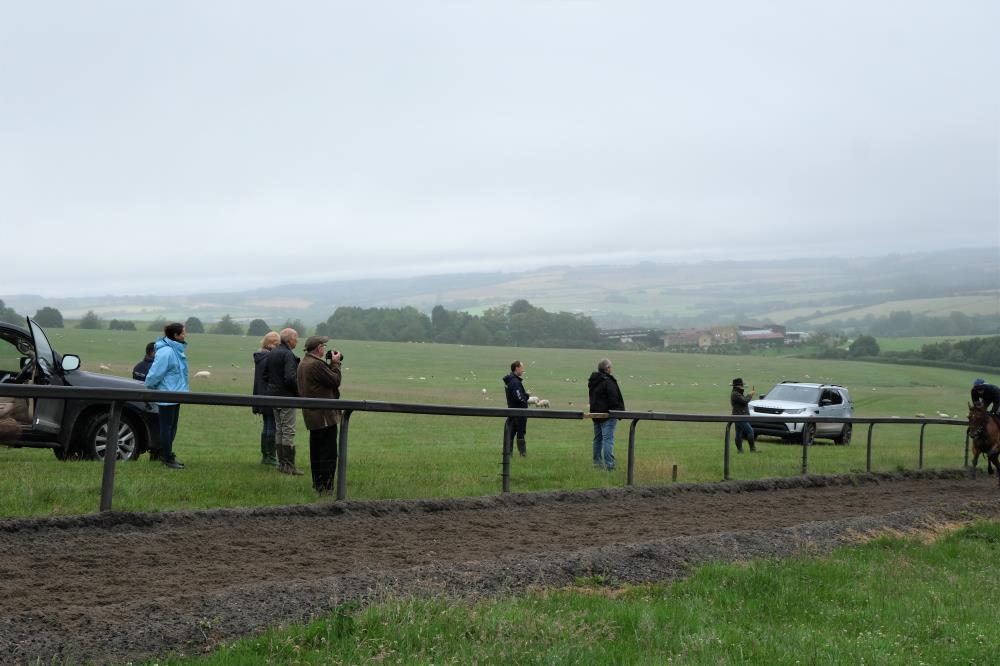 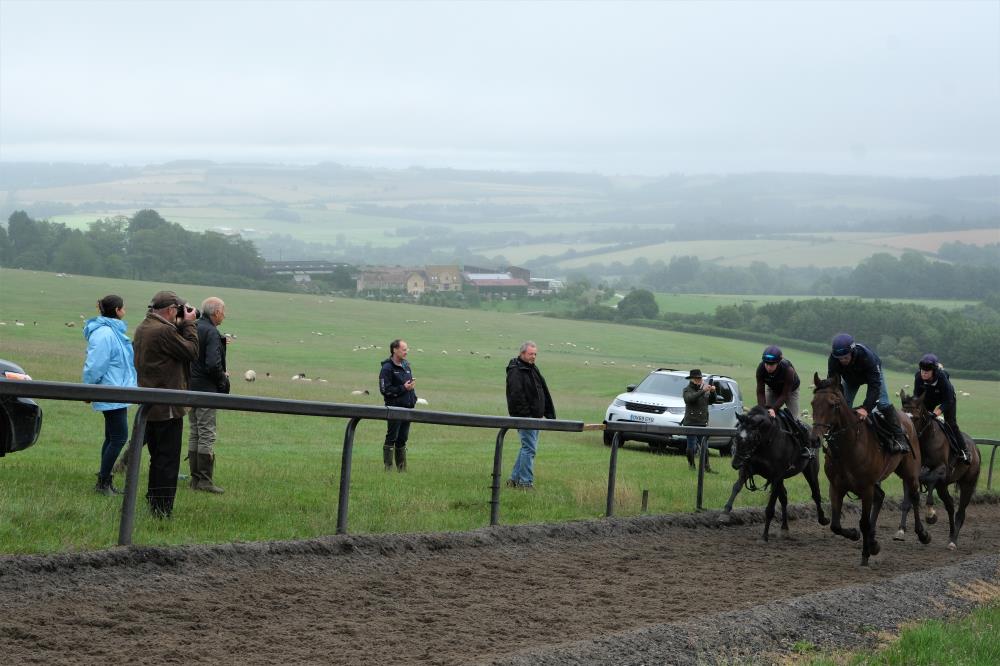 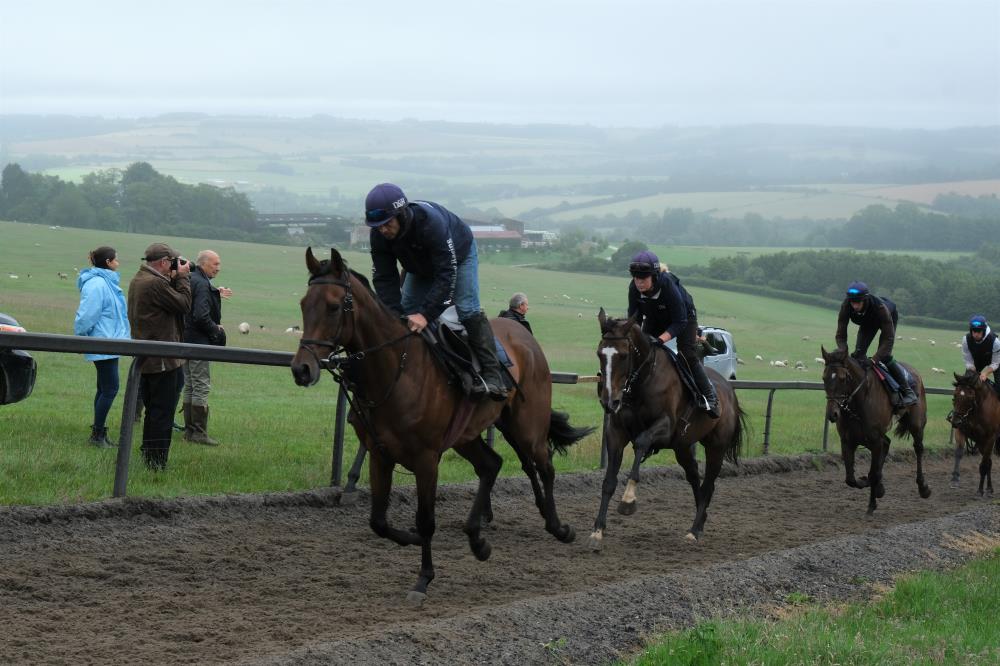 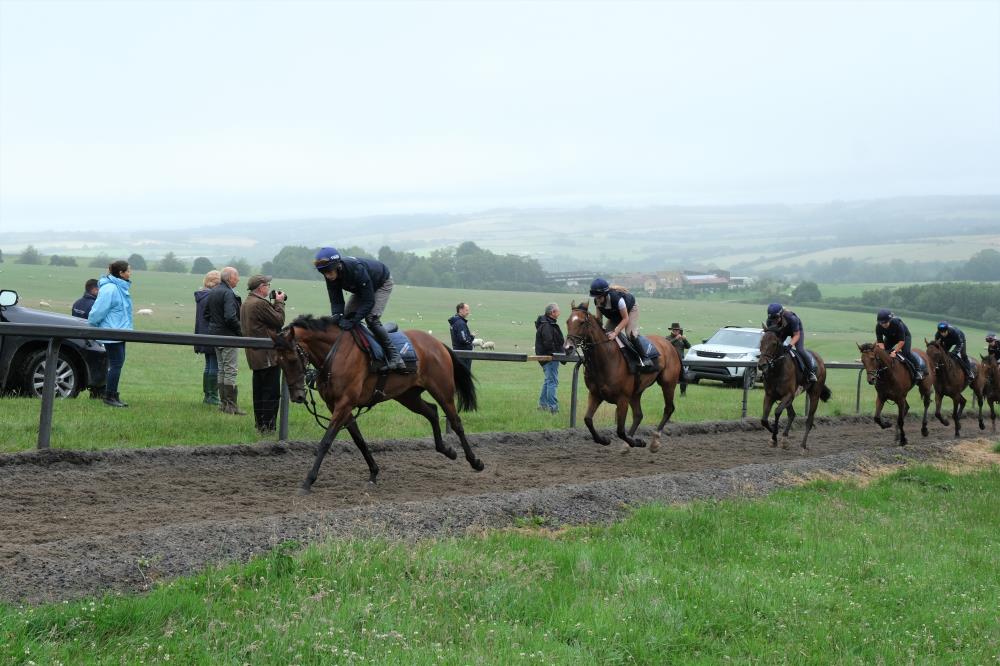 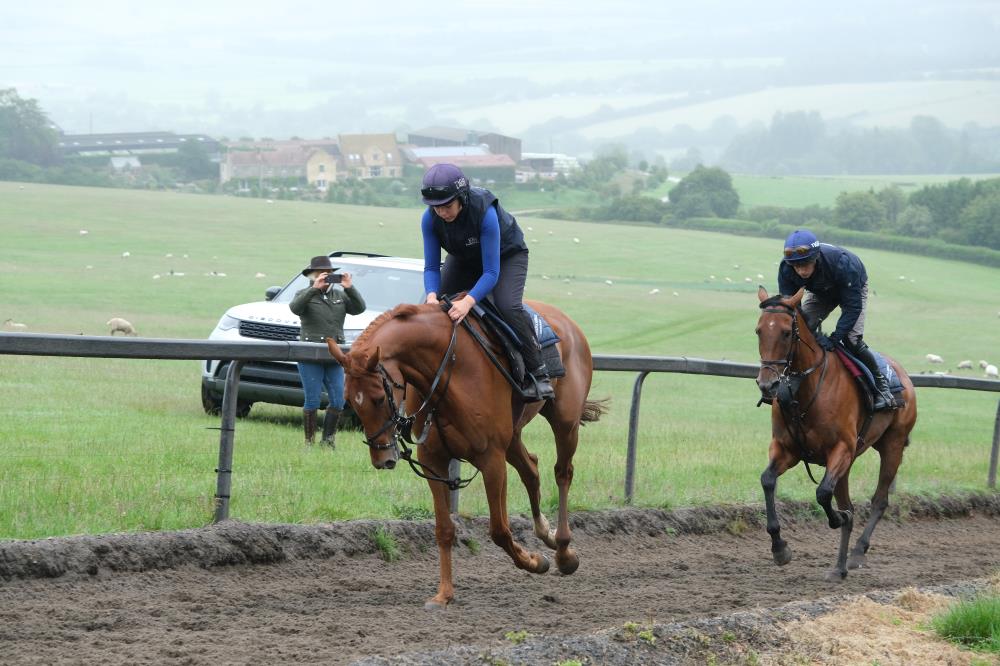 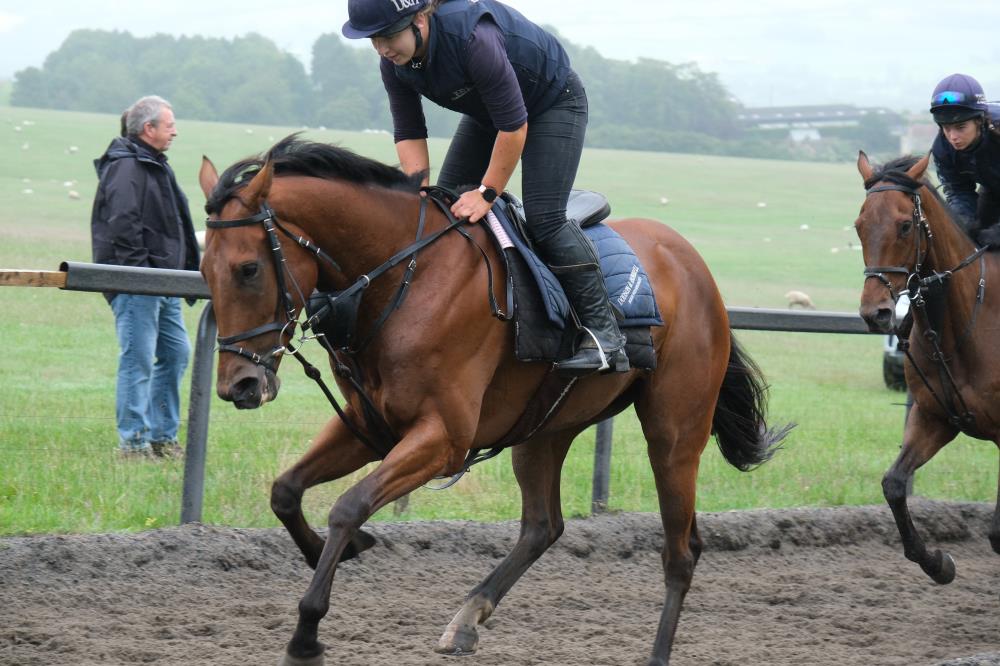 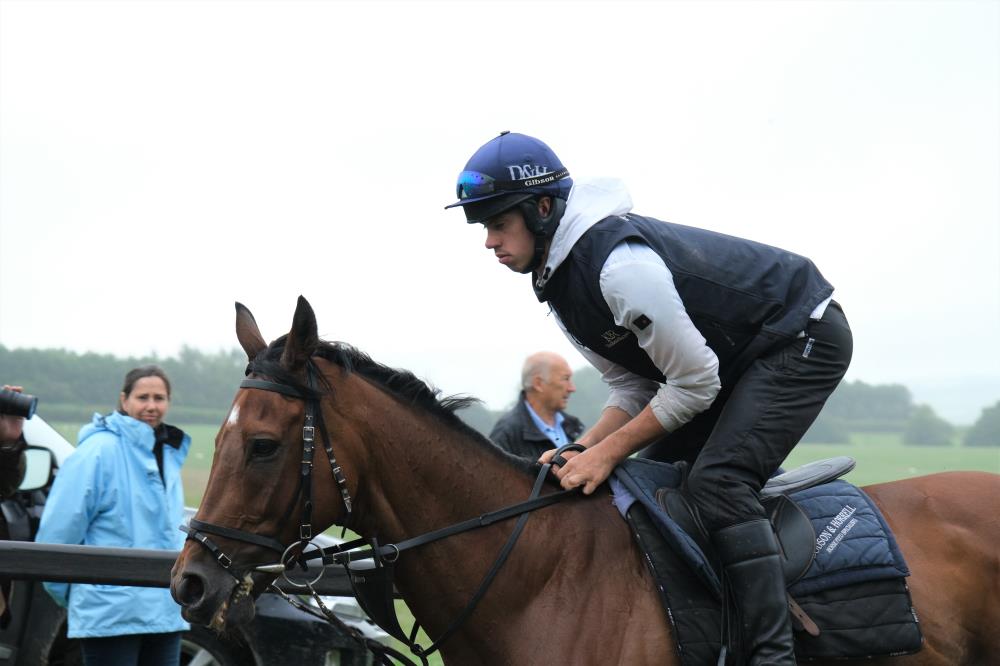 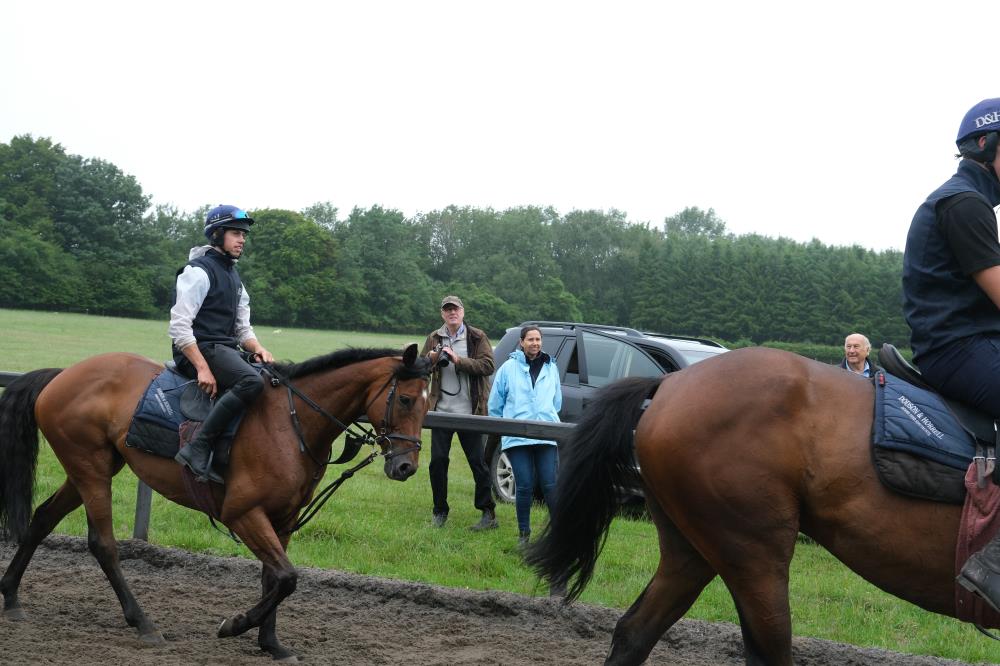 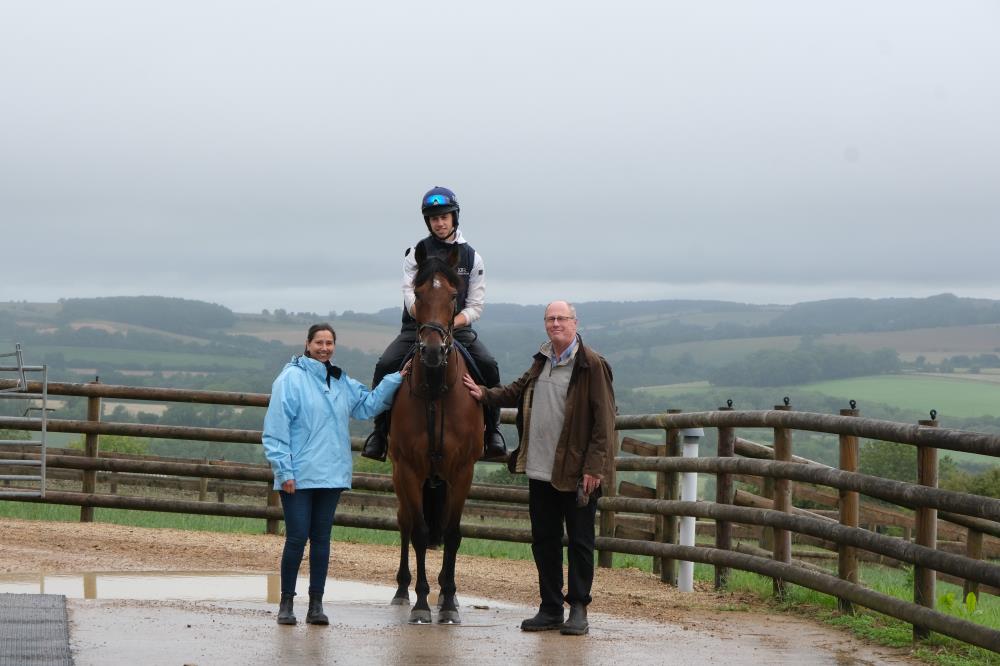 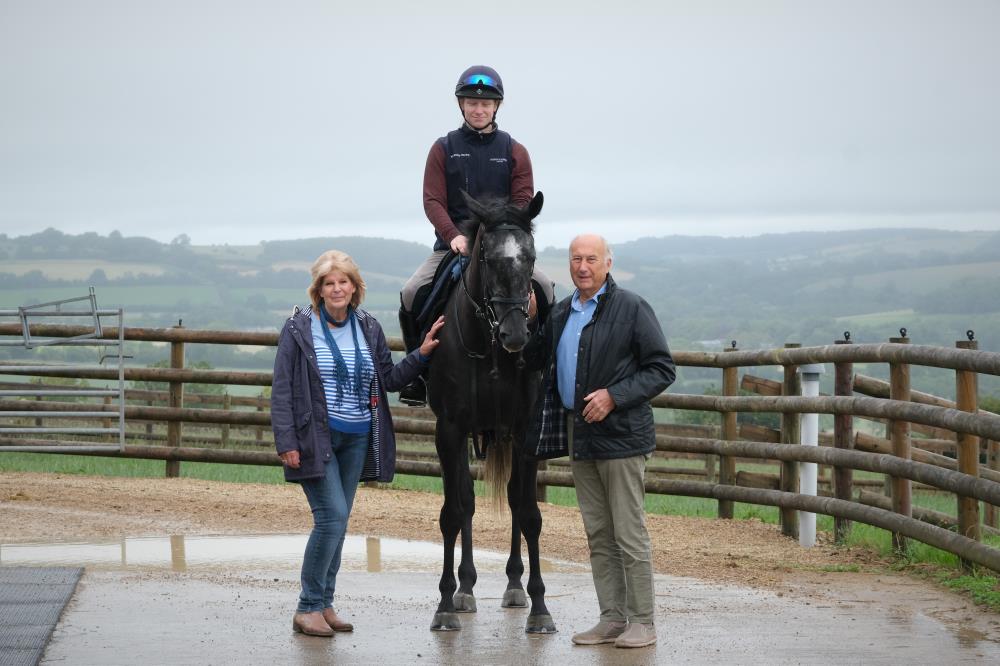 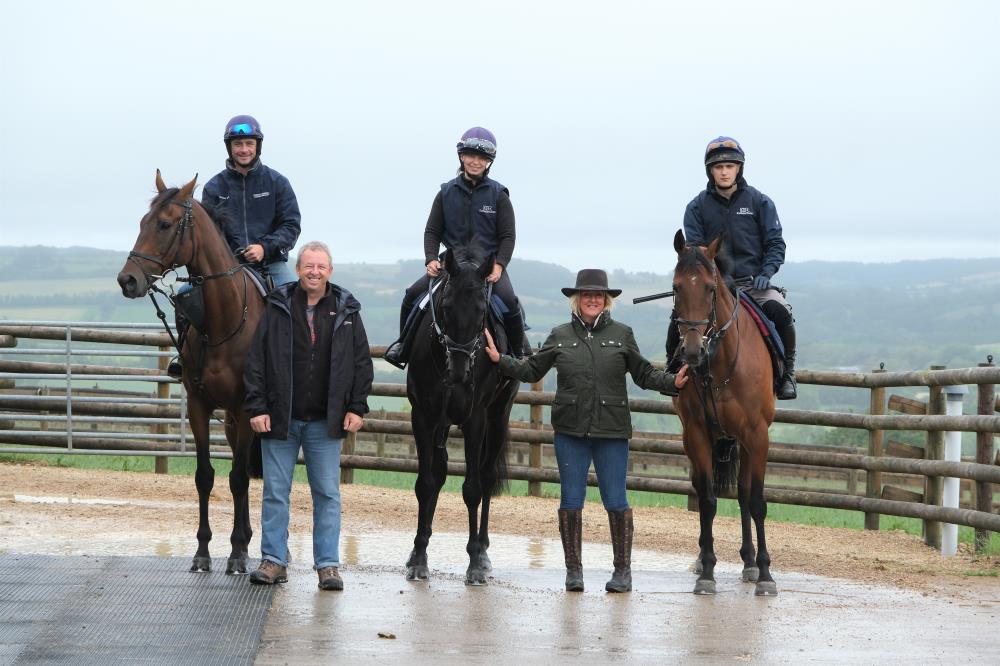